The counterculture years of the 1960’s and 70’s did little for the reputation of psychedelic drug use. Potential therapeutic benefits of psychedelic compounds for researchers and healthcare were quickly dashed by strict social and cultural backlash. Fast forward to 2020, psychedelics are reemerging in new, clinical settings to treat an array of mental disorders, from depression and anxiety, to addiction and end of life care. Patients report an overwhelming impact from just one treatment.

KCRW’s Jonathan Bastian talks with Anthony Bossis,Clinical Assistant Professor in the Department of Psychiatry at New York University Langone Grossman School of Medicine and Dinah Bazer, a research participant in his program and discusses the impacts and efficacy of psilocybin in treating mental health disorders. What does it feel like to be in an altered state of consciousness in a “controlled” setting?

KCRW: What’s the history in researching psychedelics; when did it start and what do we know about these chemicals?

Anthony Bossis: “I appreciate that question because in terms of the history it’s not often understood and it's quite important. There’s a large amount of literature and media on the topic but it's important for people to know that this goes back quite a ways. In one regard, the research goes back to the 1950s and 1960s, where LSD, psilocybin and related compounds were used to treat both end of life distress and also alcoholism. These drugs were legal then and were used in contemporary psychoanalysis. People like Cary Grant spoke about how it changed him and saved him in many ways. And the research was well regarded and well respected at universities.

Back in the first wave of the research the results were compelling. But then due to the countercultural chaos of the 1960s, the political issues and some of the recreational use, these medicines were placed outside the hands of research and the public. It’s remarkable, for 30 years or so there was no research. It was the first time ever that a therapeutic compound with promising benefits was taken out of the hands of healthcare, because of social cultural backlash.

So those foundational years are crucial. People like Albert Hoffman and Gordon Watson who bought mushrooms to the west were part of those early days of writing, speaking and researching about it. Even people like Aldous Huxley, the great English literary writer, was a proponent of using psychedelics in treating existential end of life distress. So there's really a rich history that I invite people to look into. We're standing upon the shoulders of these great pioneers, and continuing now in the current wave of research, its applications to a variety of clinical syndromes and disorders.”

Bossis: “The primary medicine that we're using now is psilocybin, which is the psychoactive ingredient or compound in a certain species of mushrooms that grow on the earth. People know their street name as ‘Magic Mushrooms’ and they've been used recreationally, but in controlled settings we synthesize the psilocybin, so the person hasn't taken the mushroom but the synthesized medicine. That's the primary medicine we're using at UCLA, Johns Hopkins and also at NYU and our clinical trials are FDA approved.

Other trials are using MDMA, which has the street word Ecstasy but MDMA is the compound. It’s not a classic psychedelic but it's known as a empathogen and there are studies with that as well surrounding PTSD and other disorders. But the main classic hallucinogen, a category that involves LSD, psilocybin and mescaline, we use psilocybin in America and in some sites in Europe as well.

What defines the mystical experience - is that ultimately at the heart of what's going on?

Bossis: “That is the heart, so much that we're finding in the studies that the more profound or the more heightened the mystical experience is, the better the clinical outcome, which is remarkable. So what is it about this experience that's producing these greater clinical outcomes in people? Because not all people have this mystical experience, roughly two thirds of those, who take it and have that peak level.

I also want to point out, which is really important, to the listener, that these medicines are taken once; once or twice in some trials, but not every day. So it's really a paradigm shift in how we think of medicine. Most medicine people are taking today for cholesterol, for blood pressure, Prozac, or whatever they're taking, they take every day to achieve the desired effect. This medicine is taken once or twice, but it's the memory of the profoundly altered state of consciousness that recalibrates and reframes who they are. It provides insight into self, nature and even death itself or consciousness.

So, the mystical experience is defined by a few criteria. One is a sense of unity; the person during the experience senses everything is connected. All people and things are interconnected. Again, this is language you find at the core of the major religions, the ‘noetic quality,’ which is a term coined by William James, the sense that one is encountering ultimate reality. People, when they come out of the experience, after a few hours in it, will say that wasn't a drug effect that was reality. It's very profound the authority that it has. A sense of sacredness, love, humility, awe, a deeply felt positive mood. Effability is a core feature, it's hard to describe in language, it transcends language and what I find the most important of subjective features is this transcendence. The sense of transcending and this sounds a bit far out but time and space and the body as we know it. The sense of pulling back the lens and finding ourselves in a much larger panoramic field that can really recalibrate how we view ourselves and life around us.

Now for a person who's dying of cancer or some other disorder and their body will soon begin to fail that function, the insight or the idea that they're connected to something more enduring, possibly outside biology is a profound gift for them. So we know meaning making and transcendence are two important human qualities for mitigating distress or suffering and that provides the platform for the research. 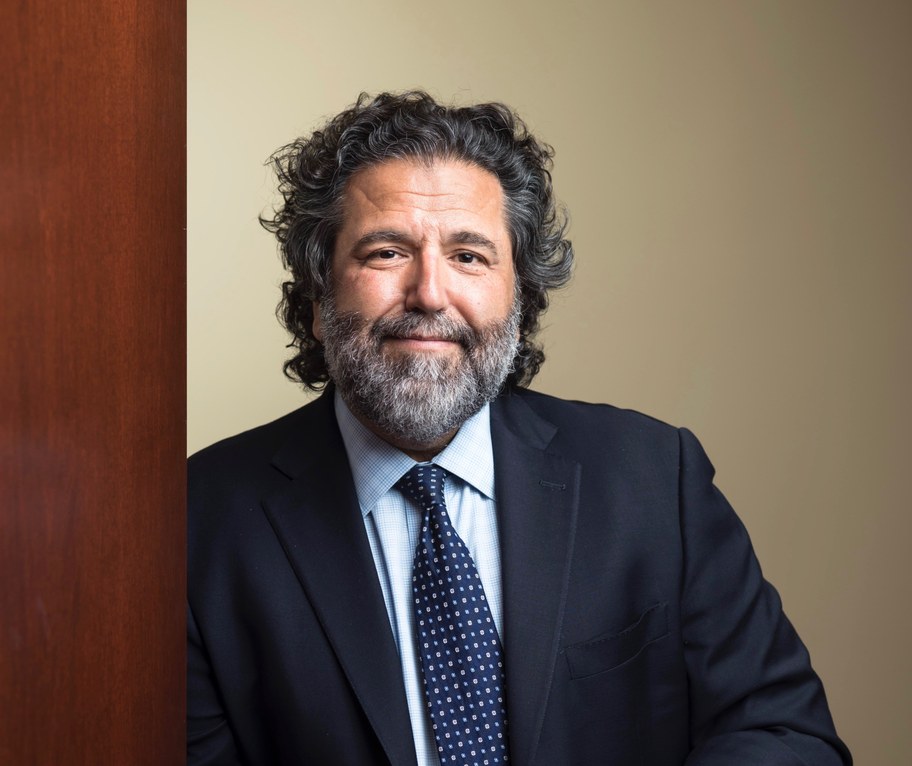 Dinah Bazer what issues were you dealing with and why did you go and see Dr Bossis?

Dinah Bazer: “I had been diagnosed with ovarian cancer, fortunately, stage one. I'd had surgery and I went through chemo and thought when the chemo was done I would feel great and we could celebrate. Instead, I felt terrible and was just consumed about a recurrence. Every time I had an exam to see how I was doing, I became so anxious, I  couldn't sleep, I was eating all kinds of bad stuff and so the nurse practitioner at one of my checkups asked me how I was doing. And I said, ‘Well, I'm fine, except for this terrible anxiety.’ So she put me in touch with Tony's project.

Can you describe that process?

Bazer: “They had set up a room for the whole experiment to take place in that was very beautiful and very restful, with a comfortable sofa. There was artwork on the walls, bookcases with art books and it was a very peaceful setting.  I went twice a week to begin with, because I came into the study, rather late and I had to have a certain number of hours with Tony and another therapist. I would look forward to that as it was a very good thing to go speak with them and prepare for this experience.

What happened when you took psilocybin?

Bazer: “I did a moment of silent meditation because I don't pray and I took the capsule and sat down on the sofa, picked an art book to look at. After a short while, things began to look a little different to me. I told Tony that and he said, “maybe you should put on the headphones and the mask and lie down.” So I did and the experience started.

It was very rough at first. Tony had described it as sometimes being like a rocket taking off and blasting off. And I was thrown into a very dark frightening space where I had no connection. I was tossed about in the dark and it was terrifying. And I finally realized that Tony and Michelle were there and I stuck my hand out of the blanket and I said I'm so scared. And I think it was Tony who took my hand and he said “just go with it.”

I began to live in the music. I think at the beginning it was a lot of Asian Music, maybe Indian, New Age and I just kind of lived in the music and floated with it. Fairly soon, I just had no idea of time really, but fairly soon I saw my fear as a physical, A black thing in my body, under my rib cage on the left side, nothing to do with the cancer. It was fear. It was this fear that was consuming my life and when I saw it there, I became so furious.

‘Who do you think you are? Get the f*** out,’ I screamed. It's very hard to actually vocalize during this experience, but I think I did. I was so overcome with anger and once I did that, it disappeared. It was gone and it has never come back.”

It's never come back?

Bazer: “I have never had that kind of fear come back, that fear of the cancer, that anxiety about the cancer. I've had a few episodes where I had some symptoms that I thought might be a recurrence and I just went and got them checked out. I didn't have trouble sleeping, I didn't worry about it really. It was just like, let's just make sure this is okay.

But I really have not had any anxiety about it since then. I have been an atheist since I was a teenager and I would describe this as being bathed in God's love. It was amazing. It changed my life. I'm still an atheist. If I'd had a sliver of belief in my body, I think I would have come out of that believing in something but I didn’t and don’t. I think what was real, was the experience itself, that was real. I did experience being bathed in God's love. You don't have to believe in any kind of God or supernatural power to feel that and that changed my life afterwards and I felt that right away.” 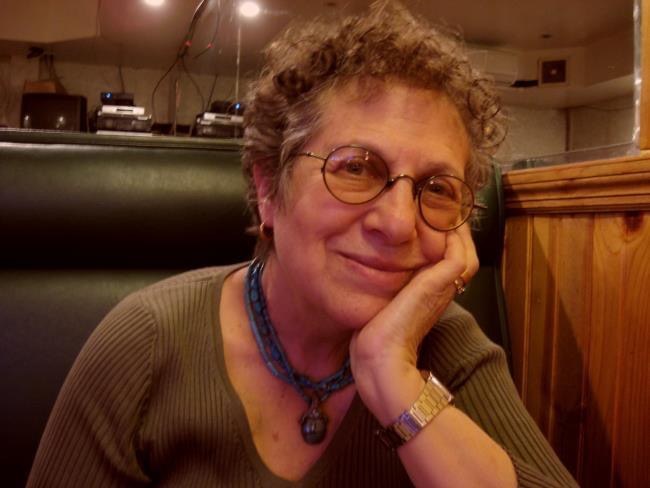 The rich history and promising future of psychedelic therapy

Psychedelics have been used for thousands of years by indigenous cultures but new research suggests that the ancient Greeks, Romans and even some early Christians may have...

The counterculture years of the 1960’s and 70’s did little for the reputation of psychedelic drug use.

END_OF_DOCUMENT_TOKEN_TO_BE_REPLACED
KCRW's Drive to End 2020 – paying it forward to a better tomorrow. PLUS win a Trek Electric Bike courtesy Silverlake Electric Bicycles.
Give Now
Give Now