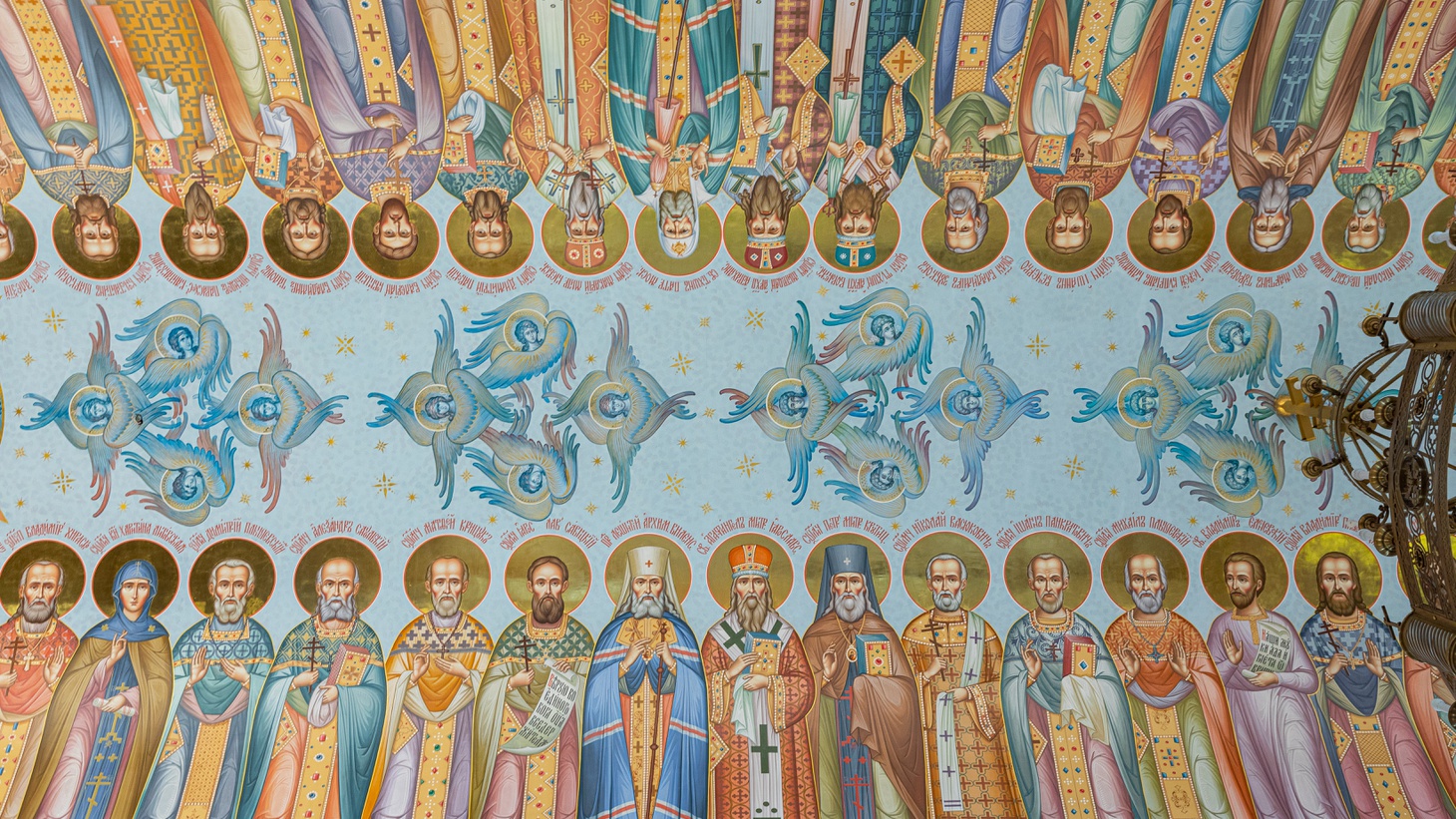 Ceiling in the Church of All Saints with fresco paintings of all saints, Minsk, Belarus. Photo by Shutterstock.

What if you found out that you were not entirely you, but rather one half of a whole — that you had a divine double? Early Christianity, especially the texts associated with the Apostle Thomas, suggest that within each of us there is a divine twin, or alter-ego, with whom we might encounter and engage.

Professor of early Christian thought Charles Stang is the Director of the Center for the Study of World Religions at Harvard University and author of “Our Divine Double.” Stang explains the commonplace belief of the “divine twin” in early Christian texts and how it has survived in various forms throughout the centuries.

Jonathan Bastian speaks with Stang about divine twinning. Though the belief was later viewed as heresy, Stang provides historical examples of men who may well have encountered their celestial alter egos, from Socrates to Neitzsche. Stang also explains why this belief still persists in hidden ways today, perhaps through a guardian angel or an alternative conception of the self, explaining that divine twinning is “actually a fairly common human experience.”

Accidental gods and our desire to deify

Professor Charles Stang explains the ancient understanding of the existence of a divine double, twin, or alter-ego and explores whether the belief still persists today.