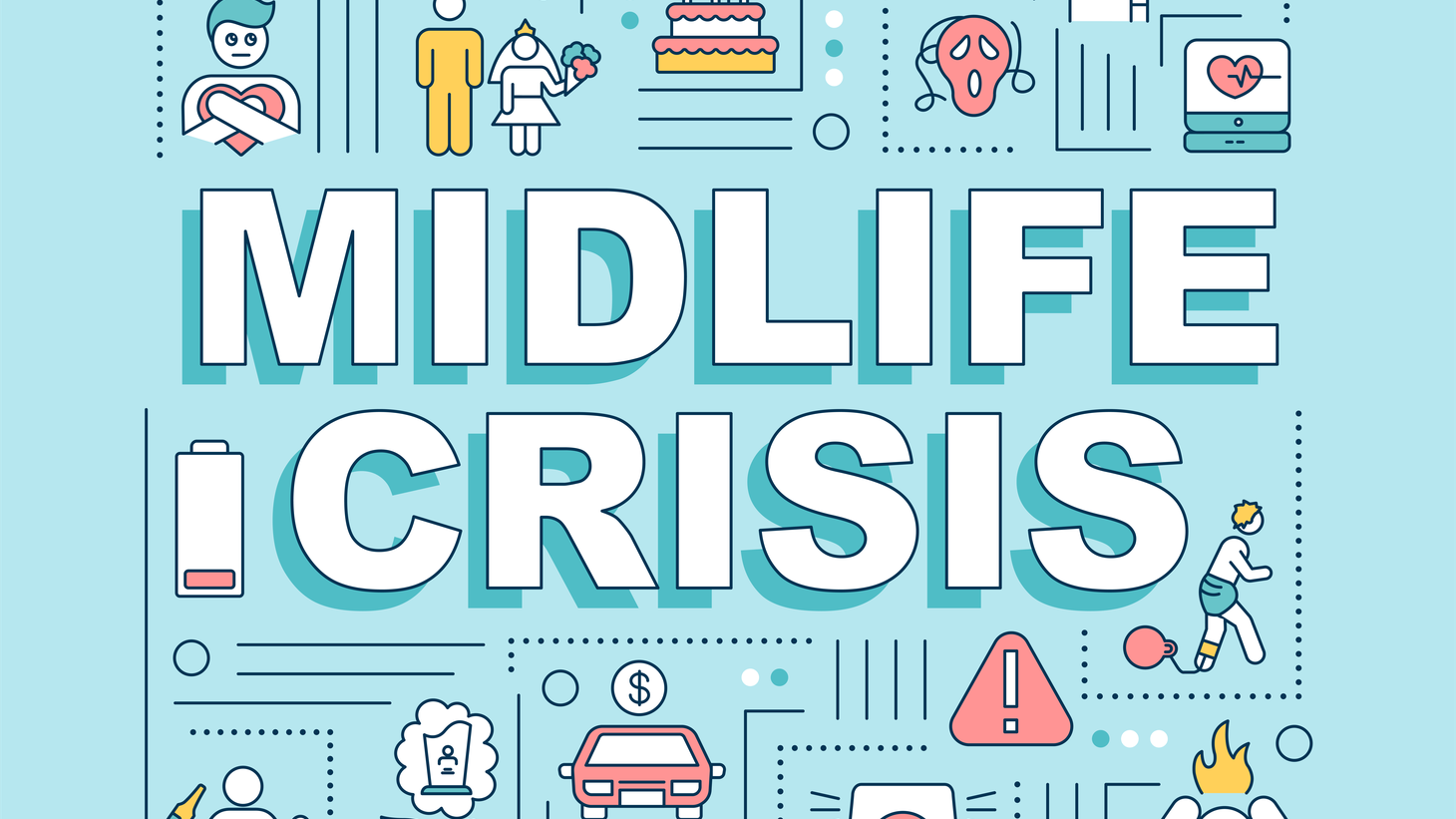 In a culture obsessed with youth, beauty, and trendiness, turning 40 can be a daunting milestone. No longer young but not yet old, reaching our life’s relative mid-point provides a moment to pause and assess.

The term “midlife crisis” was originally coined in 1965 by Canadian-born psychoanalyst and social scientist Elliott Jaques. It became a popular expression used to describe aging and loss, such as that experienced by middle-aged adults despondent with work, unhappy with relationships, and detached from family responsibilities. And while the stereotypical solutions — a luxury sports car or an affair — may offer some folks hasty remedies, for others, entering middle age can be a challenging and difficult time unalleviated by quick fixes.

“Economists working on … happiness discover that life satisfaction over the lifespan takes the form of a gently curving U,” says philosopher Kieran Setiya. “It starts high in early adulthood, bottoms out in your 40s, roughly, and then goes up again in older age. And that's something they see around the world for women and for men.”

So how does it feel to have a “midlife crisis?” Is the feeling different across gender identities?

Setiya, a professor of philosophy in the Department of Linguistics and Philosophy at Massachusetts Institute of Technology, shares his own experience reaching his 40s in his book “Midlife: A Philosophical Guide.”

“It's sort of funny to describe yourself as having a midlife crisis,” he says. “I enjoyed telling people that, and it was a way of talking about something that was quite difficult with a little bit of levity and irony.”

Jonathan Bastian talks with Setiya about his book and how reaching that midlife milestone affected his work and personal life. Setiya explains that “there was a sense of very puzzling repetition and futility, even in doing things that seemed worth doing. And that struck me as both emotionally and philosophically perplexing.”

Setiya turned to philosophy for answers and to guide him through his own malaise and perceived failures.  Midlife, he discovered, also offers opportunities — a chance to shift routine, examine your life, and engage in activities that “don't have an endpoint” and are “more process than project.”

“It's easy to feel like everything that matters is a project,” he says. “But actually, not all activities that matter are like that, and there are also what I call atelic activities that don't have an endpoint …. You find that satisfaction isn't deferred to the future or archived in the past.”

Philosopher Kieran Setiya shares the perplexities of the midlife malaise — including his own — and explores how philosophy provided him with answers.

British writer Geoff Dyer takes a look at last days, last games, last performances, and last works of famous people and asks: If you love what you do, why retire?