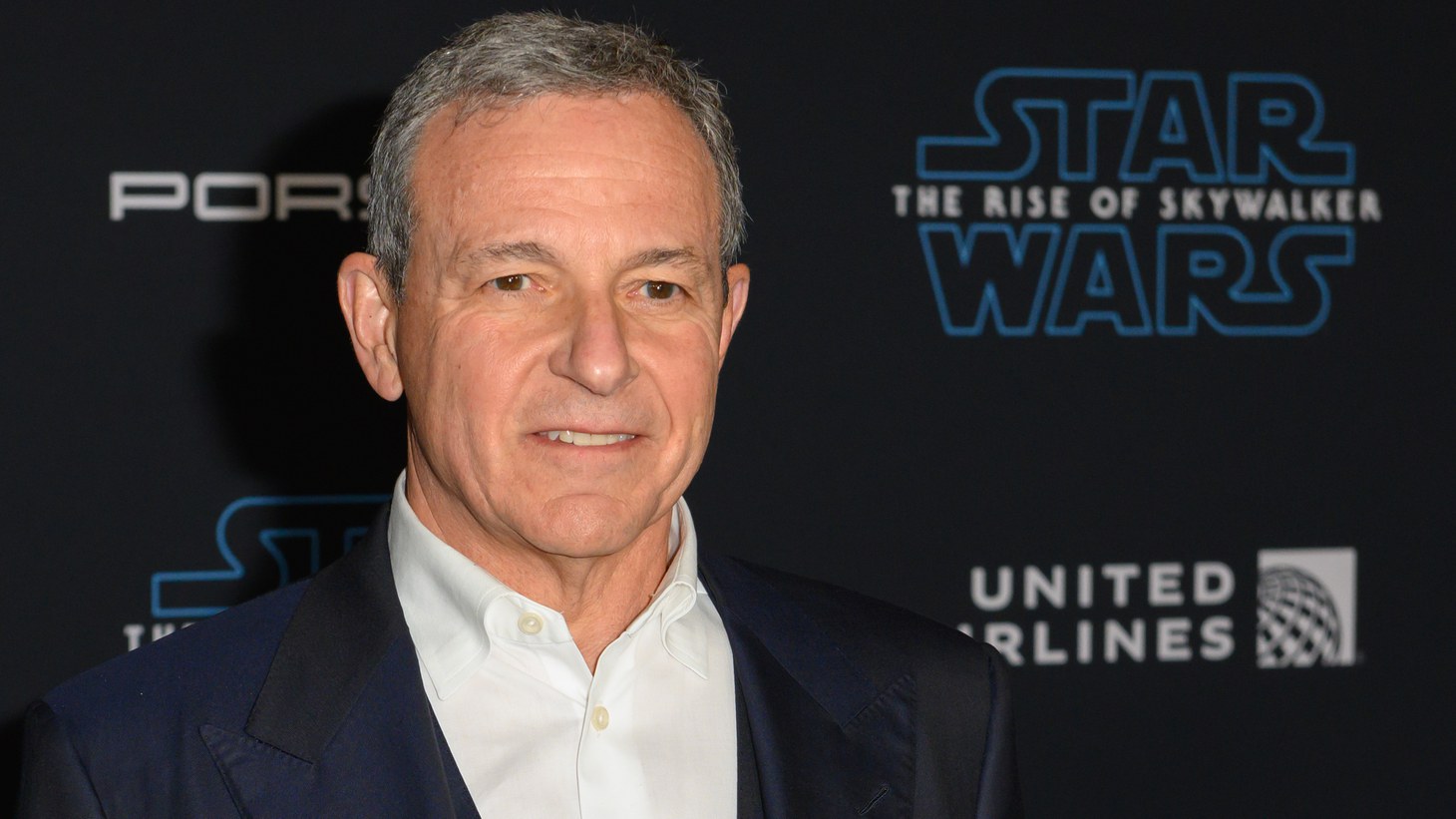 “The real problem here is six, eight months from now, when Nelson Peltz is still on a soapbox talking about all the problems at Disney, and if the stock hasn't recovered by then, then [Bob] Iger will have a problem,” says Matt Belloni from Puck News. Disney CEO Bob Iger attends the premiere of Disney's "Star Wars: The Rise of Skywalker" on December 16, 2019 in Hollywood. Photo by Silvia Elizabeth Pangaro/Shutterstock.

The Walt Disney Company has once again attracted corporate raiders. Dan Loeb made things difficult for then CEO Bob Chapek, and now two 80-year olds, Ike Perlmutter and Nelson Peltz have emerged, with Peltz trying to buy his way into Disney’s board to push his vision for the company. Can the recently-reinstated Bob Iger survive this latest challenge? Kim Masters and Matt Belloni look into it.

Kim Masters: This isn't the first time Disney has attracted corporate raider attention. When Bob Chapek was the CEO, during that relatively short tenure, Dan Loeb, another difficult and well-known dissident shareholder approached. They worked out a deal, and Dan Loeb said, “Okay, I'll let it go for now and keep an eye on you,” I assume.

[Now] Nelson Peltz, who has been around for decades, emerged, and he started this when Bob Chapek was still in the chair. It only came to light after Bob Chapek had been fired and Bob Iger returned. So what might have seemed a compelling argument and Nelson Peltz is saying, “I should be on the board. You haven't really worked out succession” – all this litany of issues that he wants to bring up, some of those felt very compelling when Chapek was on the job, and there were multiple missteps.

But Peltz came forward just after Iger had been reinstated, and Disney was rejoicing and the street felt better, and the investors felt better. So his timing is kind of weird, but he's not giving it up. And he has, it turns out, a sidekick in all of this, Ike Perlmutter, who had sold Marvel Entertainment to Disney, and ultimately was kind of pushed out of the line of decision making, first when then Marvel Film Chief Kevin Feige was told he would no longer report to Ike Perlmutter, and then Feige completed his control in 2019 over the other aspects of Marvel Entertainment.

So Ike Perlmutter, who had been this dominant person in the Disney World, is Nelson Peltz’s friend, his neighbor in Palm Beach. They both worked to elect Trump. They both sent turkeys to the Salvation Army at Thanksgiving a few years ago through their foundations –  that's among other charitable endeavors that they have joined forces in.

Nelson Peltz has been doing Procter & Gamble and the Wendy's fast food chain, so people were kind of like, “What is he even doing in this space?”

Peltz, buddy may cause more trouble

Masters: But then, it turns out that Ike Perlmutter is in the game as well, you understand what's going on.

Matt Belloni: You can kind of see these guys sitting around at Mar-a-Lago, or wherever in Palm Beach, and sort of stewing over this. Ike is still furious over how he was treated at Disney. Considers Iger a nemesis. So he's gotten a buddy now, and he's willing to buy up $900 million of shares of Disney and cause trouble for them. And that's really what this is.

If you read his presentation to the board, there's not a lot of things he's asking for that Disney isn't already doing. Yeah, okay, they could spend less while they say they're making cuts soon. Yeah, they could work on succession while they have a new committee that is designed to pick a successor for Bob Iger. Whether it's lip service or not, we'll see soon. Yeah, and they could figure out their streaming strategy. That's his whole job right now. Iger is trying to figure out what their streaming strategy is going to be going forward.

An expensive distraction for Disney

Belloni: I don't really know what Peltz wants other than to be allowed on the board, so Disney, kind of rightfully, in my opinion, said, “You know what, we're not going to do that.”

Masters: The irony here is that this fight will be an expensive distraction for Disney, which is definitely arming itself to the teeth, and at a time when Bob Iger is trying to solve these problems.

Belloni: He's trying to solve the problems, and this is not the narrative that he wants. He wants to be talking about how he got Marvel movies back into China after a three year ban. He wants to be talking about how he's a plan for the future. And now he's these activist shareholders litigating the past saying, “Oh, he shouldn't have done the Fox deal. $71 billion was too expensive.” Well, okay, maybe it was, maybe it wasn't.

They did the “Avatar” franchise, which is currently about to hit $2 billion globally. If they didn't buy Fox, then Comcast likely would have, and we'd be talking about “The Simpsons” being on Peacock, and all of the growth that Peacock is having. Now we're talking about all the growth of Disney+, and they've all these other things that came from the Fox deal, but fine, we can litigate that. It's just not what Iger wants to be talking about.

This could be a problem for Iger

Belloni: I don't think this is going to go anywhere with the shareholders when they vote in March. But the real problem here is six, eight months from now, when Nelson Peltz is still on a soapbox talking about all the problems at Disney, and if the stock hasn't recovered by then, then Iger will have a problem because this guy will then have an argument to say, “Well, I've been talking about this for a while and you're not listening to me. Maybe you should listen to me.”

Masters: I will note that another thing Nelson Peltz did not acknowledge is that the problems that Disney is facing right now, are these problems that all legacy media companies are facing. It is rough going out there.

So I think we both agree that the Disney shareholders are going to be like, “No way. We're not going to vote you a seat on the board. We're [going to] back Bob Iger.” But again, the last thing that Bob Iger really needs right now.

So we'll see how long this goes on and whether somebody else emerges in all of this, but right now, it's just a real kind of old-school tale. It feels like vengeance and ego.