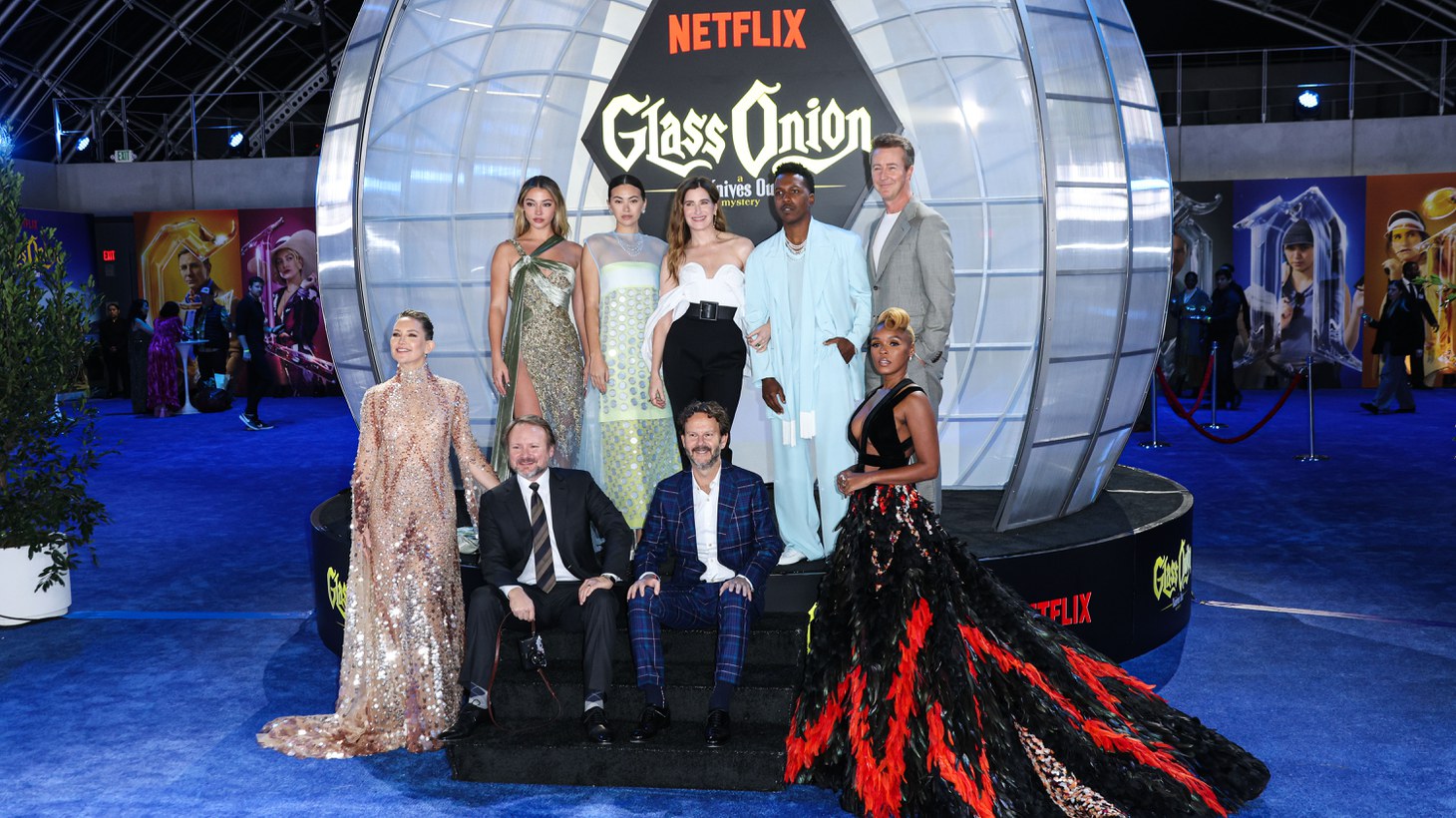 Ram Bergman is known today for producing highly acclaimed, big budget movies such as the 2017 “Star Wars: Episode VIII - The Last Jedi,” the 2019 “Knives Out,” and now the 2022 “Glass Onion: A Knives Out Mystery,” with limited theatrical release last November.

Before the “Knives Out” sequel was finished, Bergman says he and director Rian Johnson planned to continue their partnership with independent studio, MRC and Lionsgate, as they had done with the original. Since they were uncertain about a theatrical release, and given the success of the original, they went shopping, and following a bidding war, Netflix paid about $500 million for the rights to stream “Knives Out” 2 and 3.

“It's 2020, you're in the midst of COVID, [so we] really had no idea where the landscape would look like two years from then,” Bergman explains. “We said, ‘Okay, we also should probably test the market and we got an offer from Netflix that basically we couldn't say no.”

Then, the streamer decided to try something new, and for the first time theater chains agreed to screen a Netflix movie, for a limited time.

“I've no doubt plenty of people who wanted it to go wider,” he says, “but I think at the end of the day… [Netflix is a] streaming service. Whatever they're doing, they are doing things outside of their comfort zone. They are spending money to market the movie like they've never done before.”

Now, viewers can stream “Glass Onion: A Knives Out Mystery” on Netflix.

“Glass Onion” begins at the height of the pandemic, when a group of friends get a mysterious invitation, delivered to the various places where they are riding out the shutdown, to join billionaire Miles Bron (Edward Norton) at his Greek island home for a murder mystery game. Also invited is Detective Benoit Blanc (Daniel Craig). The other members of the group are played by Katherine Hahn, Leslie Odom Jr., Kate Hudson and Dave Bautista.

“Glass Onion” has received positive reviews, and since its release has been nominated 105 times, and has collected 39 awards.

But before being successful in Hollywood, Bergman had to hustle his way into the film industry.

Growing up in Israel, he had a dream of working with movies, but didn't know anything about how to make one. When he moved to New York, he ended up working as a valet, and became a production assistant in two sets, but “hated it passion,” so he decided it wasn’t the job for him.

Then, he relocated to Los Angeles with his brother, and tried another job as a PA on a $200,000-budget film. That’s when he realized he wanted to be part of the film industry after all.

“I should just find a job that will not be in the business because once you work on a [film] set, you work for 14-15 hours a day, and you don't really have the time to develop or write a script or, pursue your growth,” he states.

Bergman found a flexible, $4 an hour, plus tip, valet job – something that paid him “as minimum as possible,” and allowed him to learn how movies are made.

“I don't want to climb the ladder,” he recalls thinking, “I just want to go and produce. I don't really know how you produce, but I also realized that a lot of people in this town came from everywhere with a dream.”

A year later, Bergman produced his first film, and slowly started putting together low-budget movies and attending the American Film Market event, which focuses on film acquisition, development and networking, and a place where he learned the value of a movie and how to sell it.

“I loved going to the market… because you meet all the international buyers, and you realize how movies get sold,” he remarks. “All that experience paid off in a meaningful way.”

That’s where as a producer, he established what he calls “reverse engineering” a movie, a process where he starts with the value of a potential film, and goes backwards to making it.

In 2002, Bergman’s friend sent him a script for a Rian Jonhson film called “Brick.” He read it and was very impressed, and decided he wanted to meet the filmmaker. At that point, Bergman had made several low-budget films, and Johnson had been trying to make the modern neo-noir mystery for seven years, unsuccessfully. Bergman thought a $3 million budget was ambitious, but it could be made if Johnson changed the funding approach. They met and spent months strategizing, and eventually Johnson cut back the budget to roughly $330,000.

“I realized after the first setup on the set, that [Johnson] knew what he was doing. He didn't really need me,” Bergman says. “He knew how to communicate it to the small crew that we had and the cast, and I said, ‘My life is going to be easy.’ It was something I haven't experienced before.”

After that, Bergman collaborated with Johson on all of his feature films, including his 2008 “The Brothers Bloom,” 2010 “The Mountain Goats: The Life of the World to Come,” 2012 “Looper.” In 2017, Bergman and Johnson teamed up again, this time for the high-budget film “Star Wars: Episode VIII - The Last Jedi.”

With the “Star Wars” sequel, Bergman says they had a very smooth and freeing experience. That’s because when J.J. Abrams started filming the franchise’s seventh episode, Johnson already had a first draft of its eight rendition, which, he claims, was well received by Lucasfilm and Disney executives.

“They all loved it,” Bergman says. “There was zero interference. Nobody asked us to change or do anything. Even if there were things that maybe they didn't agree with, they completely embraced it… they all bought into Rian's vision.”

From there, Bergman and Johnson’s partnership continued to be fruitful. “We were very direct from day one, so this is how we make movies,” he states. “So far, all our experiences have been great [ones].”

Then, in 2018, Bergman says Johnson was working on the script of the comedic-mystery “Knives Out” and they had a date set to start shooting it. Their goal was to pre-sell it to foreign countries first, and that’s how they planned to fund the movie, so they could own 100% of the movie and “play on the upside or in a way you might have less of an upside but you can keep ownership of the movie.”

Once they added Craig, Bergman handed the script to Jonathan Golfman and Brye Adler from MRC and in 24 hours, they accepted MRC’s offer to help finance the film along Bergman and Johnson’s newly formed T-Street production company, and they got Lionsgate to distribute it.

“We ended up making the movie, had a great experience, [and the] movie became a success,” Bergman recalls. The breakout hit was nominated for an Academy Awards, and won 52 other accolades.

A third “Knives Out”

Though Johnson is busy promoting “Glass Onion,” Bergman expects him to take a break to start working on a third rendition of the franchise. But first, the filmmaker will have to come up with an outline for “Knives Out” 3 before he writes anything.

“Clearly, we don't want to repeat the first movie or the second movie [because]... how do you not repeat yourself when you do something that's still good, fun, surprises and delights [people]?” Bergman asks. “So it's going to be a challenge, but I'm counting on him.”