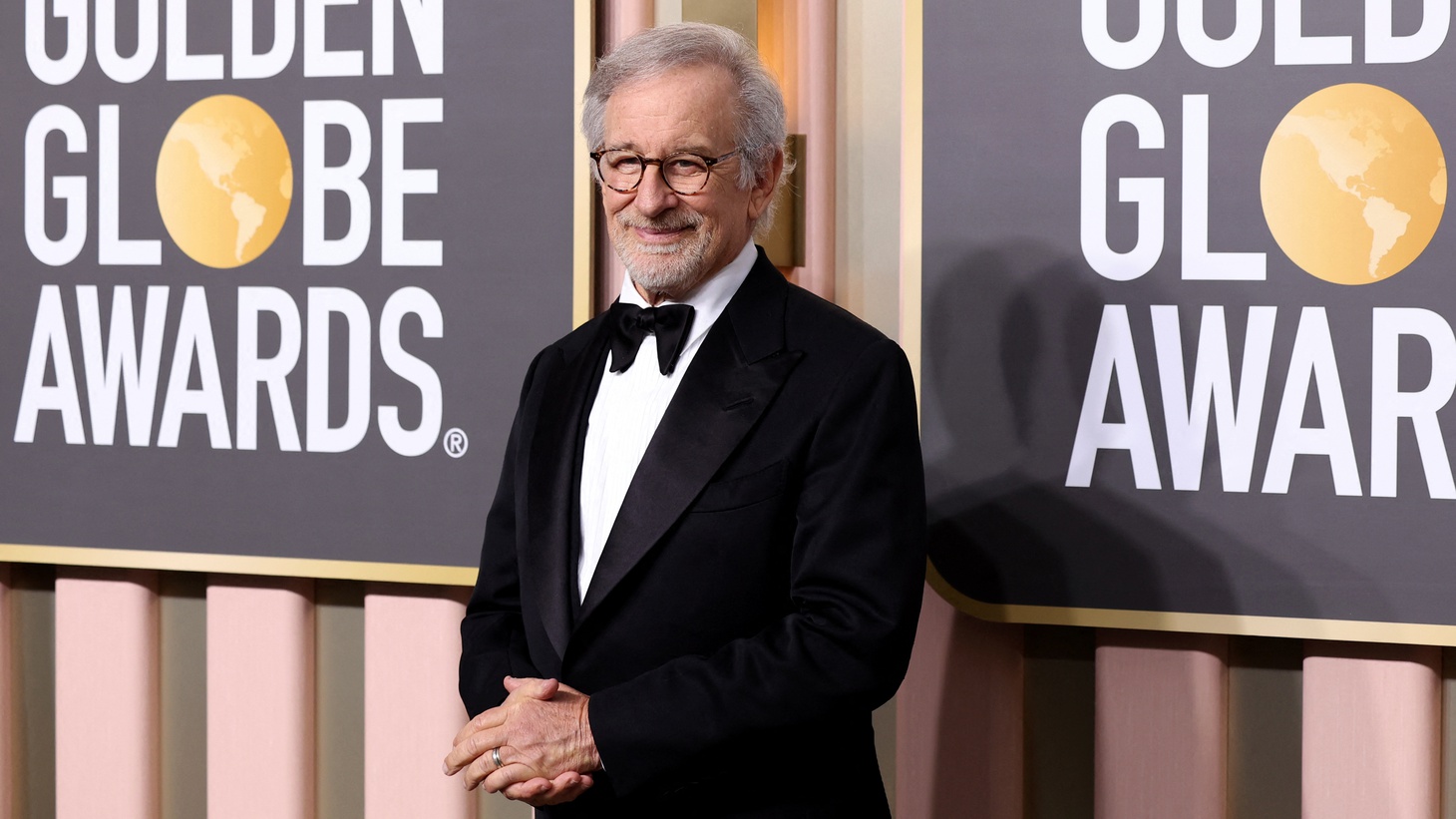 The 80th Golden Globe Awards returned to NBC. The show didn’t disappoint, and this year’s host Jerrod Carmichael addressed one of the controversies exposed in a Los Angeles Times article about the lack of diversity in the membership ranks of the Hollywood Foreign Press Association, which contributed to the show’s cancellation last year.

Kim Masters and Matt Belloni, founding partner of Puck News, analyze what the Globes’ return means, and what is next for it. They also take a quick look at the rest of the awards season.

The Golden Globes are back

Kim Masters: The Globes was in eclipse, and the big question was, “Could it come back?” They did. [NBC] renegotiated, [and] aired it on a Tuesday night as opposed to a Sunday, which is how it used to be with lots of splashy parties right afterward. Everybody has backed away from that this year.

But they did manage to put on the show and to get major talent. They got Jerrod Carmichael. To take the gig, he went right out of the gate and addressed at least one of the elephants in the room.

It wasn’t a disaster

Masters: Then people like Steven Spielberg [and] important talent [were] there. We know that the Globes, while it hasn't been taken all that seriously, it's the Guild nominations as a bellwether for Oscars. It's a chance to audition and to show your gratitude. And there was a lot of gratitude expressed on Tuesday night.

Matt Belloni: Absolutely. I think that the win for the Globes, first of all, was getting back on the air. The fact that they had a show on NBC, even if it was a Tuesday night, that's a win for them, and the show was not a disaster. I know that's a very low bar for success here, but that's what we're talking about.

There was no big blow up controversy. Jerrod Carmichael took some swings at them, and others did, too. But it was generally a normal awards show. There were nice moments. There were some big stars, Brad Pitt, Rihanna were there, and they came out of it, did the show.

Who will pick up the Globes?

Belloni: Someone now has to decide whether this show is worth picking up because I don't believe that NBC will be going forward. It's not just the controversies for NBC. They don't have a spot on Sunday night since the NFL added an extra week. That first Sunday in January is now Sunday Night Football, so if NBC were to pick it up, they have to relegate it to a midweek slot or go later in January, which the Globes doesn't want because they lose all the leverage of being before the Oscar nominations.

So someone else will likely come in and pick this up. And the question is who?

Will it be a streamer?

Belloni: ABC has the Oscar relationships, [so] probably not there. Maybe CBS, maybe a cable network, or most likely will be a streaming service because they all now have their advertising tiers, so they're looking for live events that they can plug in and sell ads against. Netflix just picked up the SAG Awards starting in 2024, and I have a feeling that a streamer will come in and take the Globes.

Masters: I think it's a bit tricky. I have no idea what Netflix is paying for the SAG Awards (and I should mention that many of us, including me at KCRW, are members of SAG-AFTRA).

NBC negotiated a lower price for the Globes this year, from $60 million to about $40 million. That's still a lot of money, and there's a lot of pressure on all of the streamers, especially at the legacy companies. So making it a cost effective presentation is a question.

Is there viewership for Awards’ shows?

Masters: We, at this time, haven't seen the ratings for the Globes on a Tuesday night on a broadcast network, but we're not necessarily expecting them to be fabulous.

Belloni: No, it will probably be down, especially from the high of 2020 where it wasn't an all time high, but this show got 18 million viewers and change. It had a football [lead] on NBC, and the ratings are not going to be anywhere near that. They'd be lucky if they got a third or close to a half of those numbers.

But if you're talking about the streaming universe, they may not necessarily care if the audience declines there. These streamers are looking to establish themselves and they do have pretty big audiences on places like Netflix, Amazon, and even Apple. These are global audiences. They could do a lot of promotion and maybe get some people to sign up just for it. So there's a lot of other incentives that may go into a streamer bidding on this and clearly Netflix sees value in the SAG Awards, which was on the Turner networks and was dropped as part of the cost cutting going on at Warner Bros. discovery. So that'll be an interesting wrinkle.

Masters: I'm trying to imagine who signs up [on] a streamer to show the Globes?!

Awards shows will have to find a new home

Belloni: Amazon has already put its toe in the water on award shows. They're doing a country music award show. They aired the first one last year. They're doing it again, so there are shows that have made that track.

And eventually, all of these shows have to figure out what their future is going to be in streaming because the audience on linear television will eventually go down to zero. So the Oscars, the Grammys, all of these other shows have to figure out whether they have a future, even in a streaming on-demand environment. At least for right now, it would make sense for the Globes to bet on that if they have a buyer.

The awards season shapes up

Masters: Meanwhile, we are seeing the award season shape up. We have the Directors Guild nominations, the very influential SAG nominations, the Golden Globe nominations, I would say less influential, but can cast the spotlight on something and can also give somebody a chance to show that they will not be snotty and will act nice if they get an Oscar nomination.

Masters: Let me start with the SAG Awards. SAG Awards for the cast. This is an award from a big group, a big block within the academy, but it doesn't reward shows that are like tiny small casts, necessarily.

Belloni: Well, [“The Banshees of Inisherin”] movie has four people in it, and they got nominated.

Masters: Okay, an exception, but they have nominated “Babylon,” which is a bit of an outlier because I don't think the others have given it similar consideration.

As you say, “The Banshees of Inisherin,” “Women Talking” got a nomination for ensemble and the SAG Awards, but the Directors Guild overlooked it. “Everything Everywhere All at Once,” I think it's across the board. It's a little confusing. And I think Steven Spielberg is across the board with “The Fabelmans.”

Belloni: The only real surprise on SAG to me was that Michelle Williams did not get nominated for lead actress for “The Fabelmans.” I thought that was a surprise.

Belloni: I would have thought that the DGA would have given a nod to Sarah Polley for “Women Talking.” It's an all male DGA nominee list and that is not a great look.

Masters: The Directors Guild, which is also very influential, they did nominate “Top Gun: Maverick,” which a lot of people are seeing as a front runner, this hugely popular movie and kind of the feel good, right movie at the right time, and almost in a way, a very different movie [from] “CODA” was last year, when they had [a] win.

Masters: “Top Gun” did not get recognized by the Screen Actors Guild, which there were multiple actors, but I don't know [if] this is what you would call an ensemble, exactly, but I suspect that for sure we will see it nominated.

It's funny at the Globes, of course, Tom Cruise is the one who had sent back three awards and said he wouldn't attend, and Jerrod Carmichael did to have some humor at his expense with a joke about Scientology that seemed to make certain people in the room a little uneasy.

Belloni: Shelly Miscavige joke, did not see that one coming. Obviously the Globes were not going to give any awards to “Top Gun: Maverick,” but it is a bit surprising that SAG ignored it because it's a one-man show, but that's a pretty big one man.

Masters: Val Kilmer is in it, and there is more than one person.

Masters: Joe Kaczynski, the director of “Top Gun: Maverick,” getting that nomination and Jim Cameron not getting it is kind of surprising. I'm not disparaging the “Top Gun” actors per se. It just very much feels like the Tom Cruise show.

Belloni: Of course, but that's something that you thought maybe the SAG Awards would honor. He didn't get an individual nod, either, and they could have had an opportunity to do that.

Masters: I think we can be confident that “Top Gun” will be very much in the mix, and a few others. I think “The Fabelmans,” and there are 10 slots.

The Oscar for Best Picture

Belloni: There are 10 slots for best picture this year, so the fact that the DGA only has five for their director of the year and SAG only has five cast ensemble honors, all of these movies I think are going to get in for Best Picture, including “Babylon,” and I think some of these others, like “Women Talking” that are considered bubble movies.

Masters: The method of tallying the vote, where you rank your choices, can lead to somewhat surprising results. This could be a year with a lot of splits.

Belloni: The ranked voting really rewards movies that people feel strongly about in the nominations phase. Then in the winner phase is designed to reflect broad support, meaning, it's not necessarily about your number one pick, but it's about which movie has the most number twos and number threes, and that's where you're supposed to get a consensus.