Filmmaker Joshua Oppenheimer spent over eight years making his Oscar nominated documentary The Act of Killing. In one of the most surreal films to hit theaters in years, Indonesian death squad leaders who carried out hundreds of murders during the "Communist" purge in the 1960's re-enact their crimes as if they're acting in a Hollywood movie. Oppenheimer talks with Kim Masters about how these elaborately staged re-enactments emerged naturally from interviews with the killers who bragged about how they killed. Although Oppenheimer's film didn't get a conventional theatrical release in Indonesia, he did mount a grassroots release that's resulted in thousands of screenings and has prompted the media in that country to break a long-held silence on this tragic history. 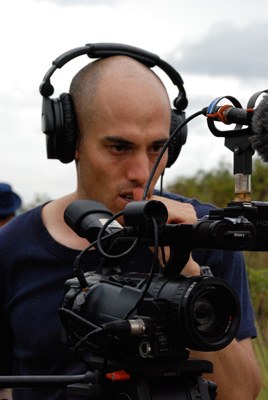