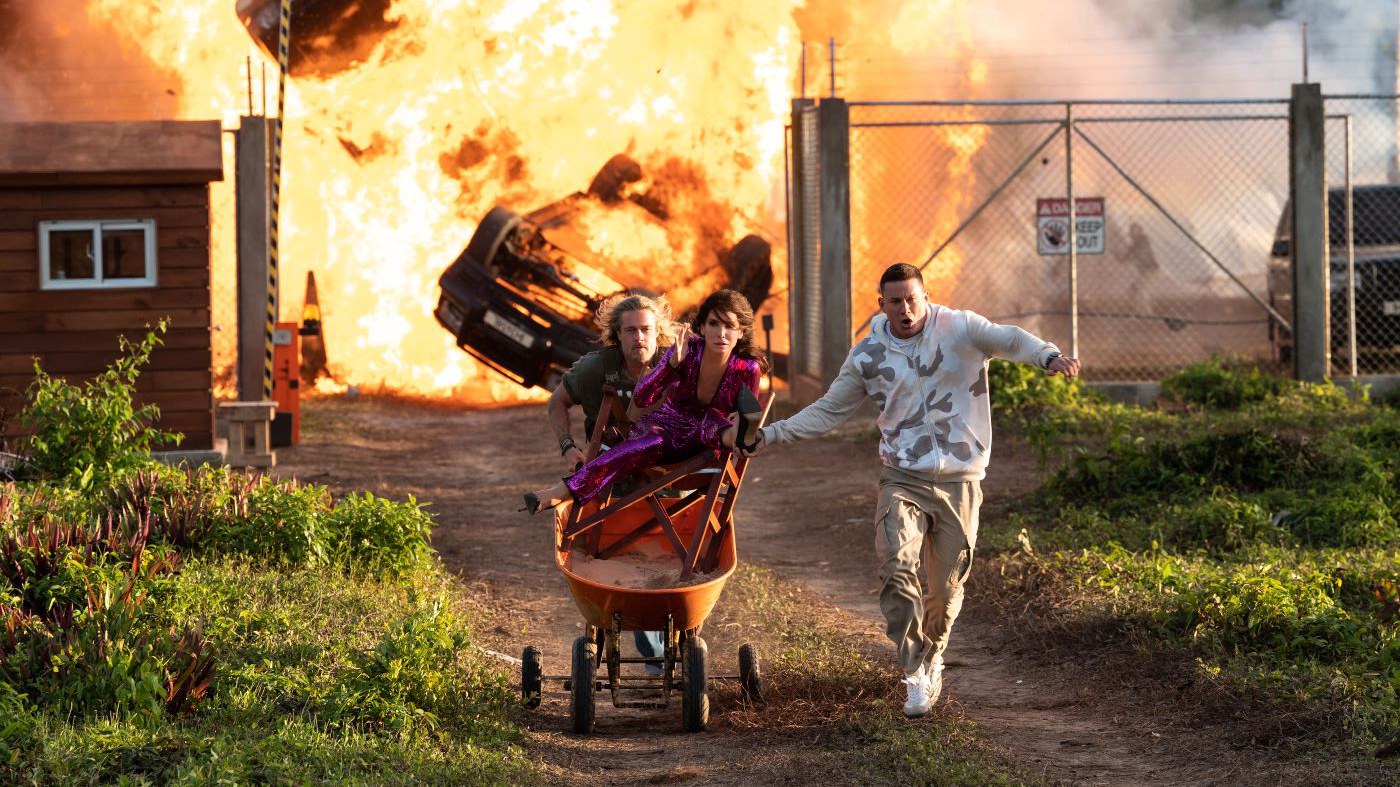 Sandra Bullock, Channing Tatum, and Brad Pitt star in “The Lost City.” “I think that audiences were so excited to come and see [Sandra Bullock] in a movie where she's getting to be the physical comedian, genius-like comedian that she is,” says director Adam Nee. Photo courtesy of Paramount Pictures.

“The Lost City” had a record-breaking opener and grossed $100 million at the domestic box office since its release in March. The unlikely feat was done in an era of big-budget spectacles, at a time when romantic comedies aren’t supposed to work in theaters anymore.

But directors brothers Adam and Aaron Nee found a winning formula with Sandra Bullock running through the jungle in a sequin jumpsuit, accompanied by a sometimes bare-bottomed Channing Tatum.

“I think that audiences were so excited to come and see [Sandra Bullock] in a movie where she's getting to be the physical comedian, genius-like comedian that she is,” says Adam.

In the movie, Bullock plays a romance novelist with a background in archeology who is kidnapped and whisked away to a jungle island by a billionaire villain, played by Daniel Radcliffe, who believes she can help him locate a long-lost treasure. Tatum is the handsome, lovelorn model who graces the covers of her books and who sets out to rescue her.

“We wanted it to be beautiful and epic and feel like something that you have to watch on the big screen,” says Adam. The movie was shot on location in the Dominican Republic.

At the same time, Aaron says audiences were ready for the theatrical experience: “We've been locked up in our homes because of a pandemic, so all the more there's this craving for some cinema that takes you out of your home, and takes you on an adventure into this beautiful landscape.”

When the Nee brothers were hired to work on “The Lost City,” then-Paramount Pictures CEO, Jim Gianopolus planned to release the movie in theaters. But when Gianopolus was replaced by Brian Robbins, who was hired to emphasize the studio’s streaming services, the release strategy was suddenly in question.

“To our great relief, [Brian Robbins] said, ‘No, we’re staying in the course. This is theatrical,’” says Aaron.

“The Lost City” is the kind of popcorn movie that Adam and Aaron used to watch as kids. “We love big movies, and one of the many huge draws was it reminded us of a film that is no longer in the marketplace that we grew up on,” says Adam.

And the brothers were thrilled to get the full theatrical run for their first big budget, studio film.

“We feel very grateful to just be in this moment,” says Adam. “I love streaming. I think streaming is great, it's incredibly valuable. But as a director, you want to put your movie up on the big screen. It's that magical church-like experience that you have going to the cinema.”