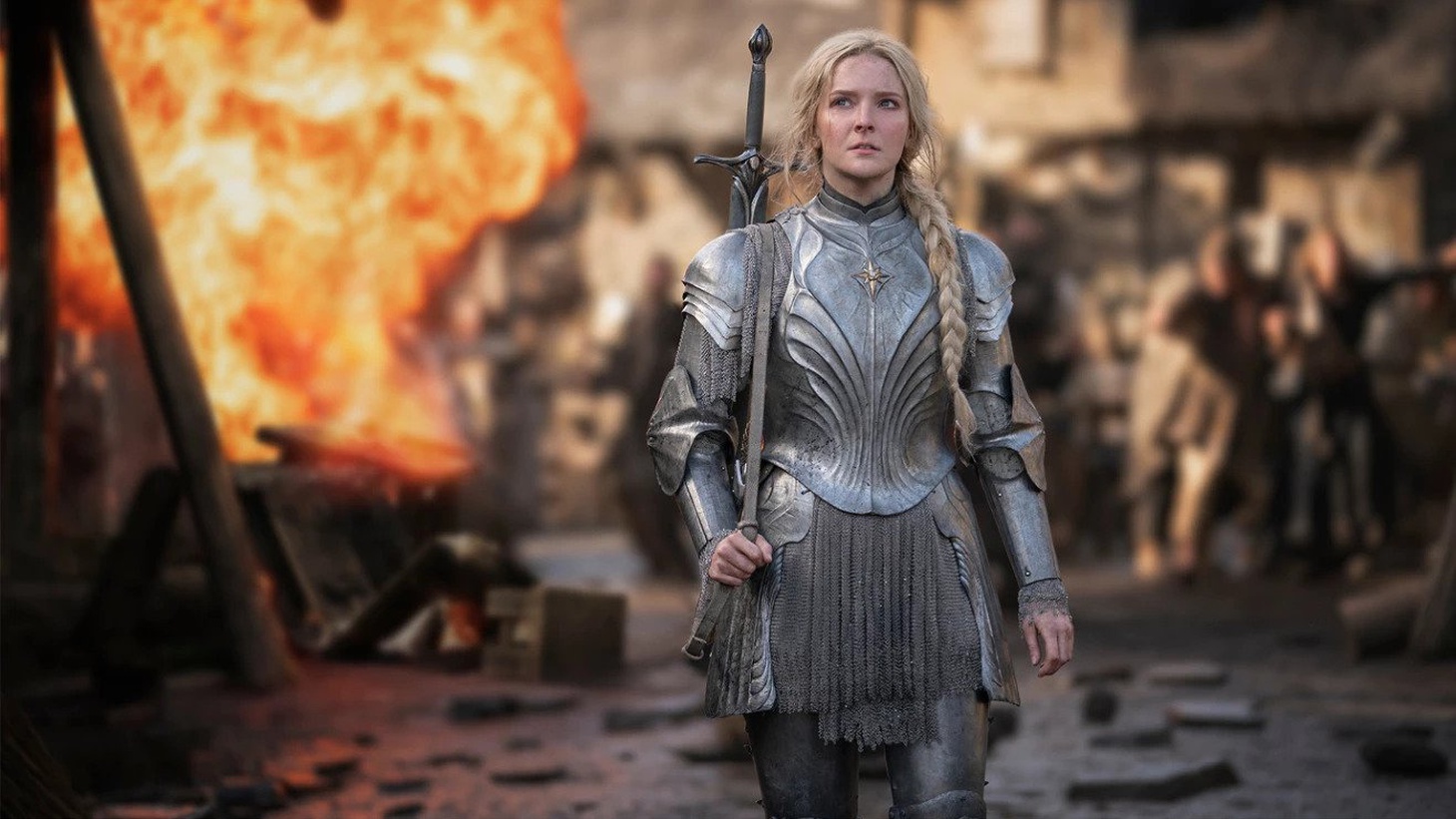 “‘The Lord of the Rings: The Rings of Power’ was not something that people were expecting a lot out of. So the fact that it was not a disaster, I think is the win here,” says Matt Belloni. Photo courtesy of Amazon.

HBO and Amazon’s productions are competing for more viewers. The second episode of “House of the Dragon,” pulled in 10.2 million spectators. The prequel to “The Lord of the Rings,” Amazon’s “LOTR: The Rings of Fire,” is debuting this week, and critics are giving rave reviews. The two streaming services seem to be “putting their big guns out against each other,” says Matt Belloni. He and Kim Masters discuss which show is more likely to succeed.

Matt: HBO has its R-rated, very racy and gory franchise. “Game of Thrones” didn't go off the air that long ago, it's only been about five years, so the audience is primed to come back for [“House of the Dragon”]. It showed: 20 million viewers in that first week. Pretty good for that first episode, and it seems to be holding.

Now “LOTR: The Rings of Power” comes along and it's a little bit more tame. It's PG-13, although it's a little bit darker than the Peter Jackson movies. But this is clearly engineered for a global audience, debuting in 200 countries. They spent about $1 billion dollars on this show. Although that's a little misleading because they plan to do five seasons, so they can amortize a lot of the cost of the production over that series, if it is successful.

A sigh of relief for Amazon

Matt: If I'm [Amazon] right now, I'm breathing a big sigh of relief because this was the big swing, the all-in project, and at least for now, they seem to be getting a good reception.

Kim: It's never a good thing to be known as the most expensive of this or that because people then come for you a little bit, but they haven't done it yet. And, yes, a huge sigh of relief.

“LOTR: The Rings of Power” get positive reviews

Kim: I'm a devoted follower of The Hollywood Reporter, TV critic, Dan Feinberg, and he said in his review that at this point, having seen only two [episodes] that were offered to critics, he found it technically impressive, ambitious, packed with Easter eggs. But he did say his interest in the different plot lines was already varying widely, saying it could fall off a precarious cliff at any moment. He's more qualified than some of the critics that were very positive, but generally positive. So that is better than people coming out and saying, this looks bad.

Matt: Keep in mind that the industry buzz around this project was not great. There's been such a run up to it for three years now. The show runners on it are first time show runners. They literally pitched and got the gig in a kind of open call. This was not something that people were expecting a lot out of, so the fact that it was not a disaster, I think is the win here.

Is Amazon going to release consumption data about this show?

Matt: They [normally] don’t do that. And there's never really been a reason to do it. But there's a big incentive here. If this is a hit, to let people know, “We did it. We got a big global smash here.”

Kim: This would give them an opportunity to boast, and they'll find a way whether the numbers are meaningful or not to go ahead and do it. But I would think that, with Jeff Bezos, in terms of the pressure on this project, this was his passion. He wanted his own “Game of Thrones.” He was a “Lord of the Rings” freak. This project was on track before the current head of the Amazon studio, Jen Salke, was even in the job. So talk about pressure. 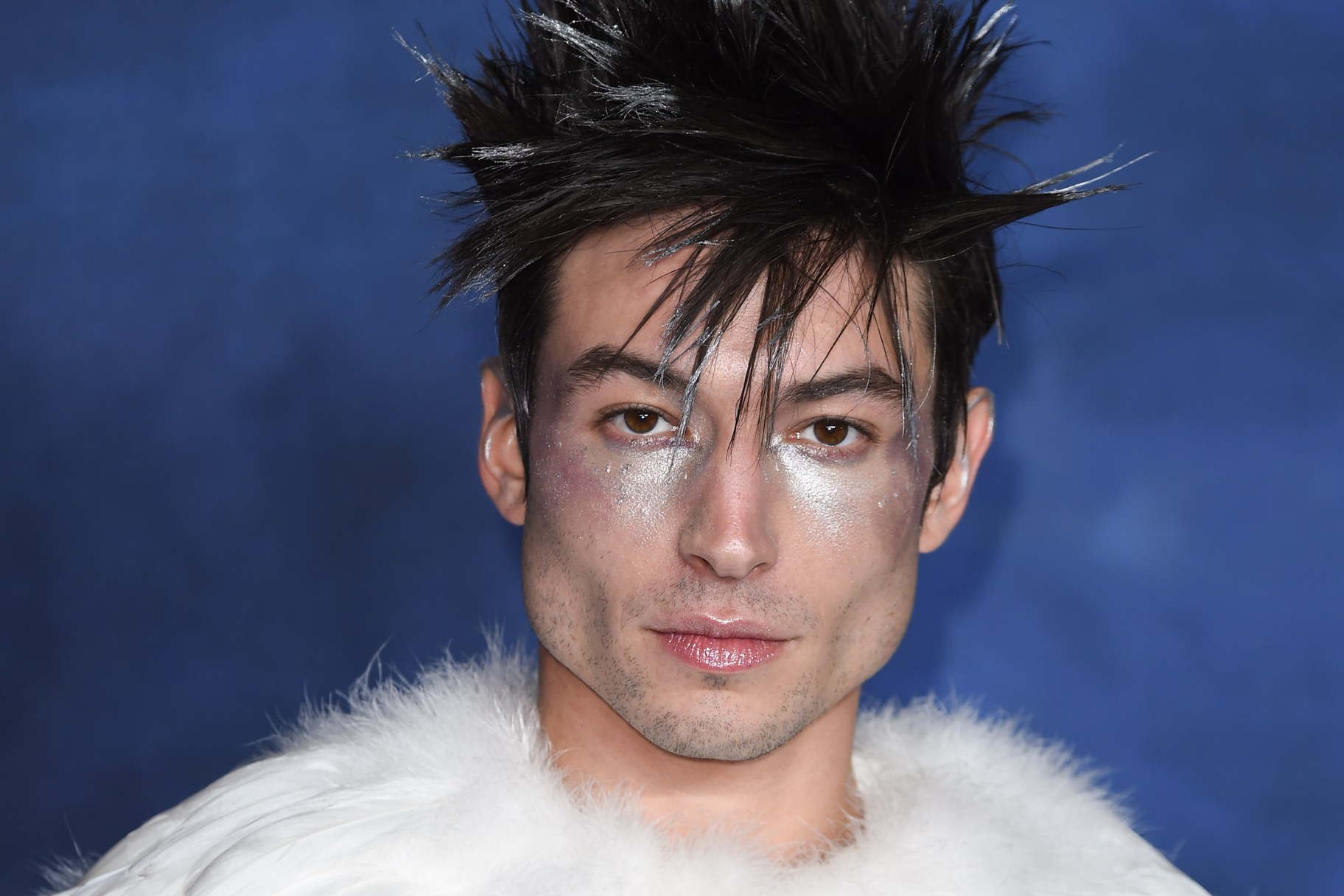 “Some people feel that given [Ezra Miller]’s conduct, it's a problem to release [“The Flash’], but they… do have time to salvage the operation,” says Kim Masters. Photo by Steve Vas/Shutterstock.

Kim: Having been involved in a number of alleged criminal and unsavory activities, [Ezra Miller] now apologized for the conduct; met with Mike De Luca and Pam Abdi, the heads of Warner Bros., probably the first time they met Miller.

They really believe in “The Flash.” Some people feel that given the conduct, it's a problem to release this film, but they do have a year, and they are definitely hoping that Ezra Miller will effectively run a kind of apology campaign, maybe disappear for a while, and then do a major interview, mea culpa, which has already begun. They do have time to salvage the operation.

But that meeting probably did a lot for Ezra Miller in sort of getting Warner's to at least know that Ezra Miller is committed to fixing this, because this is a big problem for this movie. The messaging that we've gotten out of that meeting was that mental health issues are at the forefront, figuring out the best path forward to get that treatment, and not hurt the movie. So my expectation is that Ezra Miller will probably go quiet for the next few months.

“The Flash” could be scratched

Kim: I had reported that sources at the studio said if this behavior continued, there was an option to just actually bin the whole movie. That would be a painful thing.

Matt: That movie is supposed to cost $250 million. That would be very painful.