The morning New Orleans-based, Grammy-nominated Hot 8 Brass Band squeezed all eight of themselves — horns in tow, including what appeared to be an extra large tuba — into KCRW’s famed basement performance studio, I wondered how they were going to make it funky. I was tapped to host MBE that day, partly because the Hot 8 are one of my favorite bands. It would be my first session with them and my excitement was palpable.

What commenced was one of the most riveting displays of rhythm and melody the basement ever witnessed! The Hot 8 literally shook the walls with their signature style of heavy New Orleans jazz hip-hop funk. I watched through the studio glass, dancing the entire time, in awe of the intense energy being generated. The Hot 8’s performance that morning reminded me that I was alive. I went about that day with a lighter spirit; celebrating and grateful for just that day, for simply being alive. And that’s why I chose the Hot 8 Brass Band as my throwback session, because I want us all to remember to celebrate being alive during these times. 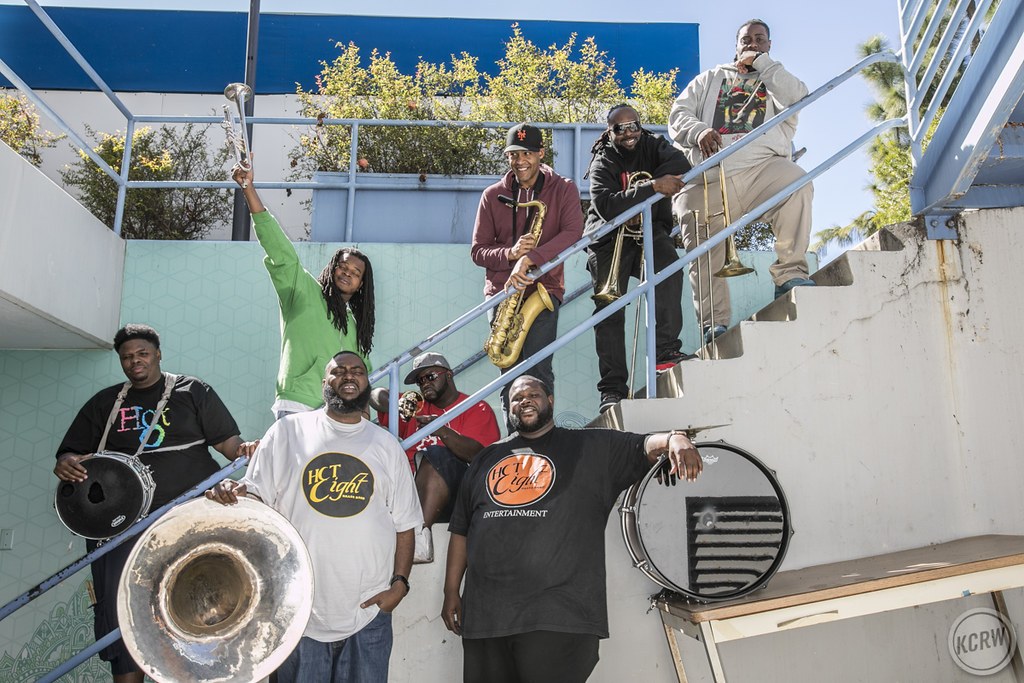