In Residence: Aloe Blacc takes ‘A.I.M.’ on his new album 'All Love Everything' Aloe Blacc’s distinguished career has touchpoints in pop, soul, hip-hop, and even EDM, when he worked up a hit with the late DJ/producer Avicii. But his recently announced album “All Love Everything” finds him in new territory: translating his experience as a father into songcraft.

Blacc says that “becoming a father made me want to share those experiences in music,” but he admits it’s a challenge to translate such a powerful thing into lyrics and melody. His goal is not to fit into a genre-driven approach but rather a theme he calls A.I.M.: affirmation, inspiration, and motivation. And by the positive sounds of his recently released anthem “My Way,” he’s practicing what he’s preaching.

Beyond his steady musical output and devoted family life, Blacc’s activism and volunteerism are front-and-center, and an integral part of his makeup. His recent work with the Music Unites program serves as a point of creativity and education for youths in Southern California. All in all, his projects are many, but he made time to join KCRW for an In Residence session, previewing new work, performing the aforementioned Avicii collab “Wake Me Up,” and covering Otis Redding’s classic "(Sittin' On) The Dock of the Bay."

Enjoy this very special session and read on for more from Aloe Blacc.

You have a new album (“All Love Everything”) that was just announced for the fall. You describe your creative approach as: “Rather than a genre, my music is about A.I.M.: affirmation, inspiration, and motivation.” Can you describe that in further detail? Seems a very relevant presentation for our current environment.

“All Love Everything” is an album that certainly focuses on family and togetherness. It’s much different from the music I’ve made in the past, that AIM (aspirational, inspirational, and motivational) where I try to speak for the underdog who is attempting to achieve goals and dreams. This moment that we are in, is certainly trying.

The album was recorded in Los Angeles. I spent 2019 doing a lot of collaborations, so for my solo album, I wanted to focus on the messages that I wanted to deliver personally. So there are no collaborations but I worked with a really strong team of songwriters. Jay Stolar and Neil Ormandy were part of the songwriting group that helped contribute to this album and the bulk of the production was done by Jonas Jeberg. 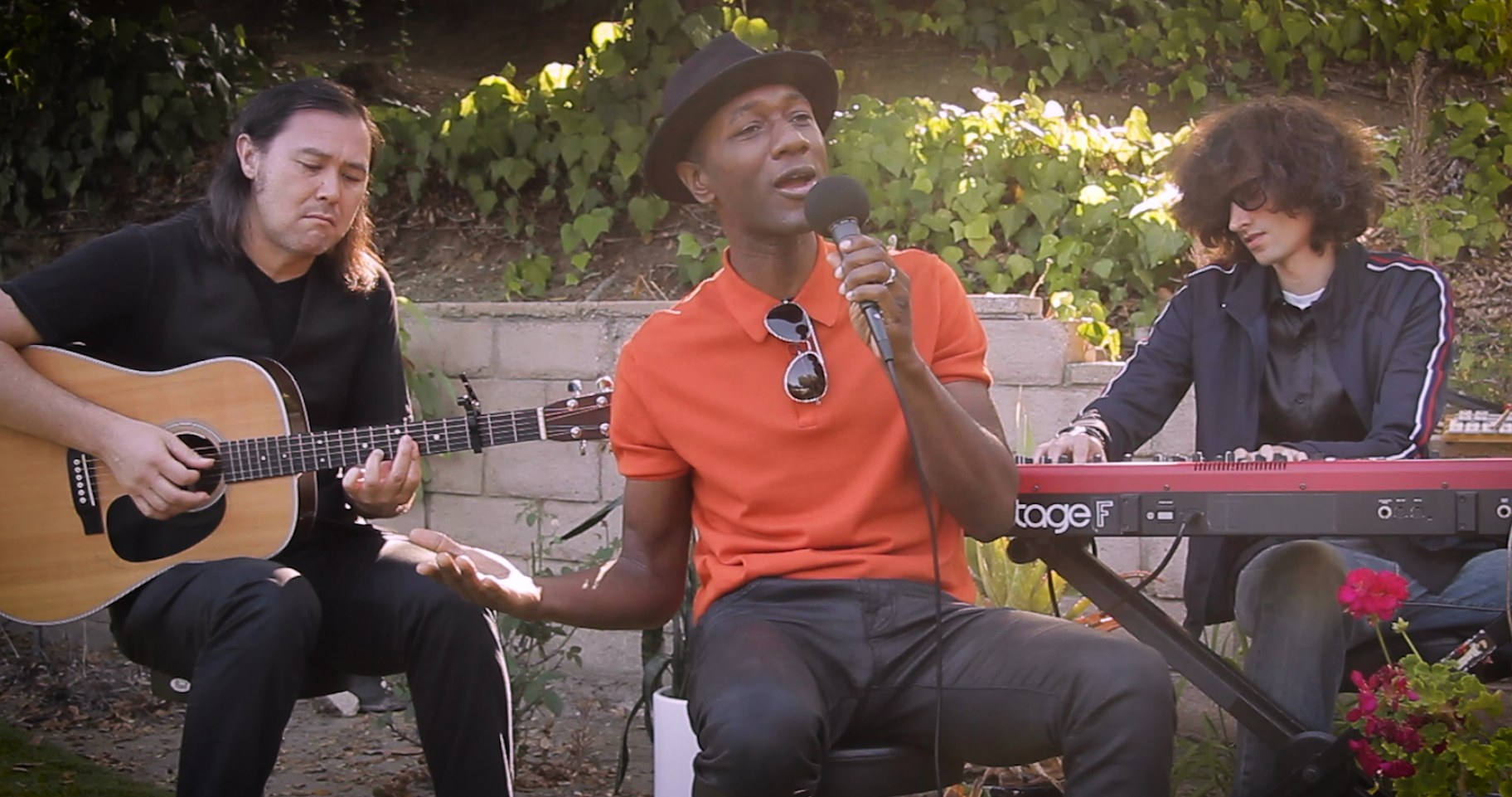 You're currently involved in Music Unites, a non-profit that provides musical education programs in partnership with school systems in New York, Los Angeles and Chicago. You have become a role model to so many young people, who were your role models / mentors as a student? And how did they nurture your creative side?

Role models, for me, have been artists and producers like The late Bill Withers, Harry Belaftonte, and Quincy Jones. They have, in many ways, instructed me through their experiences that I've read about, how to engage my career — as an artist, as an activist, and as a businessman. When I was younger, in high school and college, I had the opportunity to be a part of internship programs in corporate america. Inroads and The LEAD program in business gave me a huge advantage at a young age in learning how to navigate the business world.

What’s your favorite record to unwind to? Give us a couple... Maybe your go-to Sunday morning listen and an essential Friday night album.

Unwind:
Bob Marley - “Legend”
Bob Marley's music is meditative. I find it really relaxing, it’s always positive and encouraging. He was able to balance a line between entertainment, education, spirituality, and political action, all while making you feel safe and comfortable.

Sunday Morning:
Anita Baker - “Rapture”
Anita Baker's voice is one of the best of our time and her lyricism is exemplary. I feel inspired when I listen to her music and I often find myself singing her songs, hoping that I can quickly get to a nice, quiet spot in my house to turn the stereo up and just listen.

Friday Night:
Nas - “Illmatic”
On Friday night, usually gearing up to go out, or hang out — especially before I became a father and started spending all my friday nights at home with the family — I would be bumping Nas “Illmatic,” because of the energy and the spirit. You know, as a lyricist, I appreciate emcees who are insightful and incisive. The beats on this particular album are also some of the best of the era.

When we get back to live performance — do you have a venue or city you’re most looking forward to playing? And tell us why.

I’m looking forward to performing at the Hollywood Bowl here in Los Angeles. It’s been a while since I did a hometown play, because I spend a lot of my time traveling across Europe, but I'm looking forward to sharing this new album with all of my old and new LA fans.