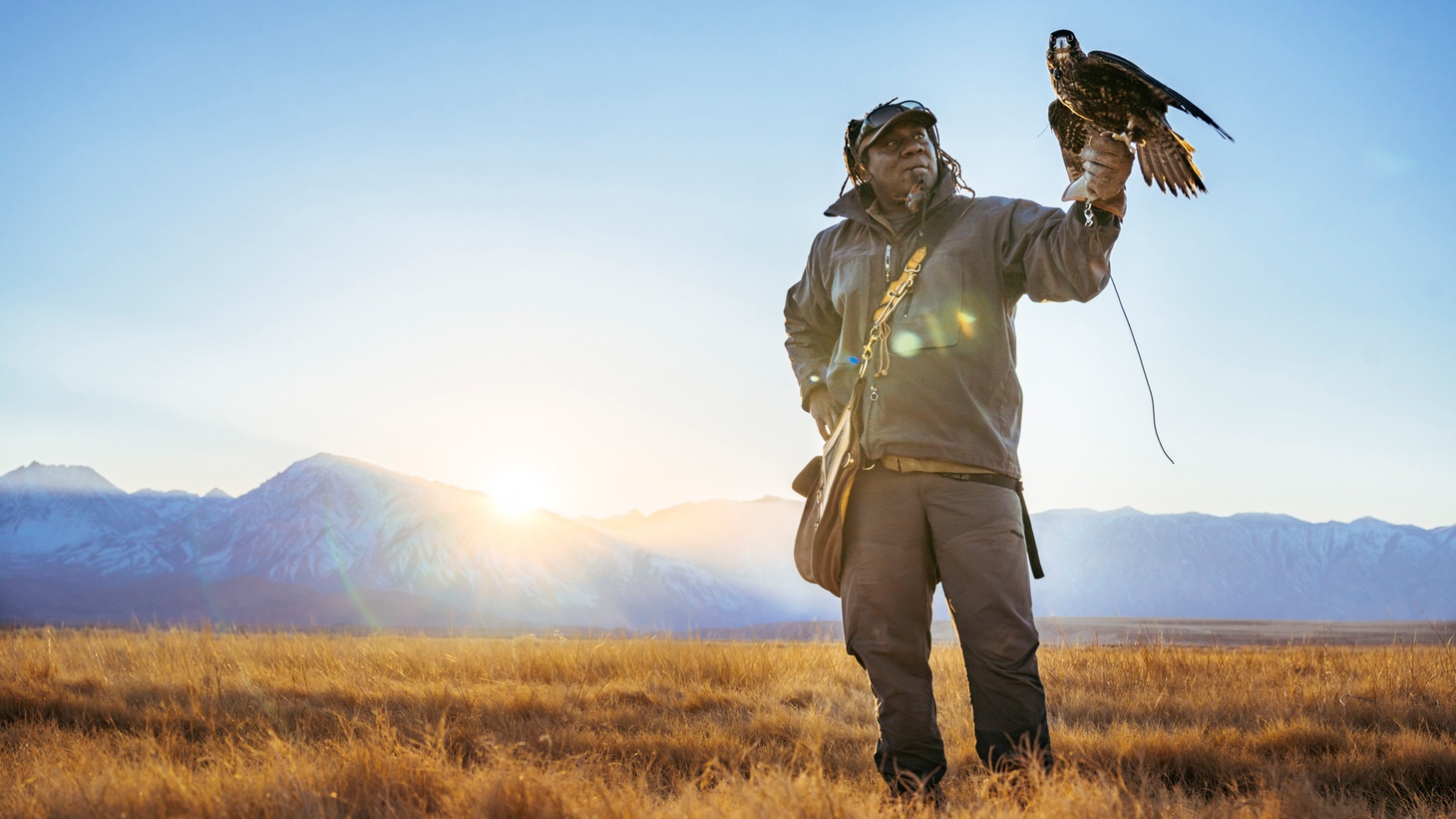 In the new documentary “Game Hawker,” falconer Shawn Hayes shares his experiences on the front lines of raptor conservation in California, and how he’s carved out a space for himself in a tradition that’s not often welcoming to people of color.

“Falconry, in a nutshell, it's just a glorified way of bird watching,” says Hayes, who grew up in Riverside enamored by birds. “We don't consider our birds as pets, and you can't, because our job is to go out and hunt with these birds.”

In the U.S, 80% of migrating birds die, says Hayes. That’s because they have not yet developed the skills to hunt once their parents stop caring for them.

And so in the United States, falconcers are allowed to trap migrating birds, teach them survival skills, and then release them back into the wild.

Hayes, who lives in Bishop, typically keeps his birds for at least three or four seasons, and doesn’t release them until he’s confident that they are physically and mentally prepared to hunt on their own. 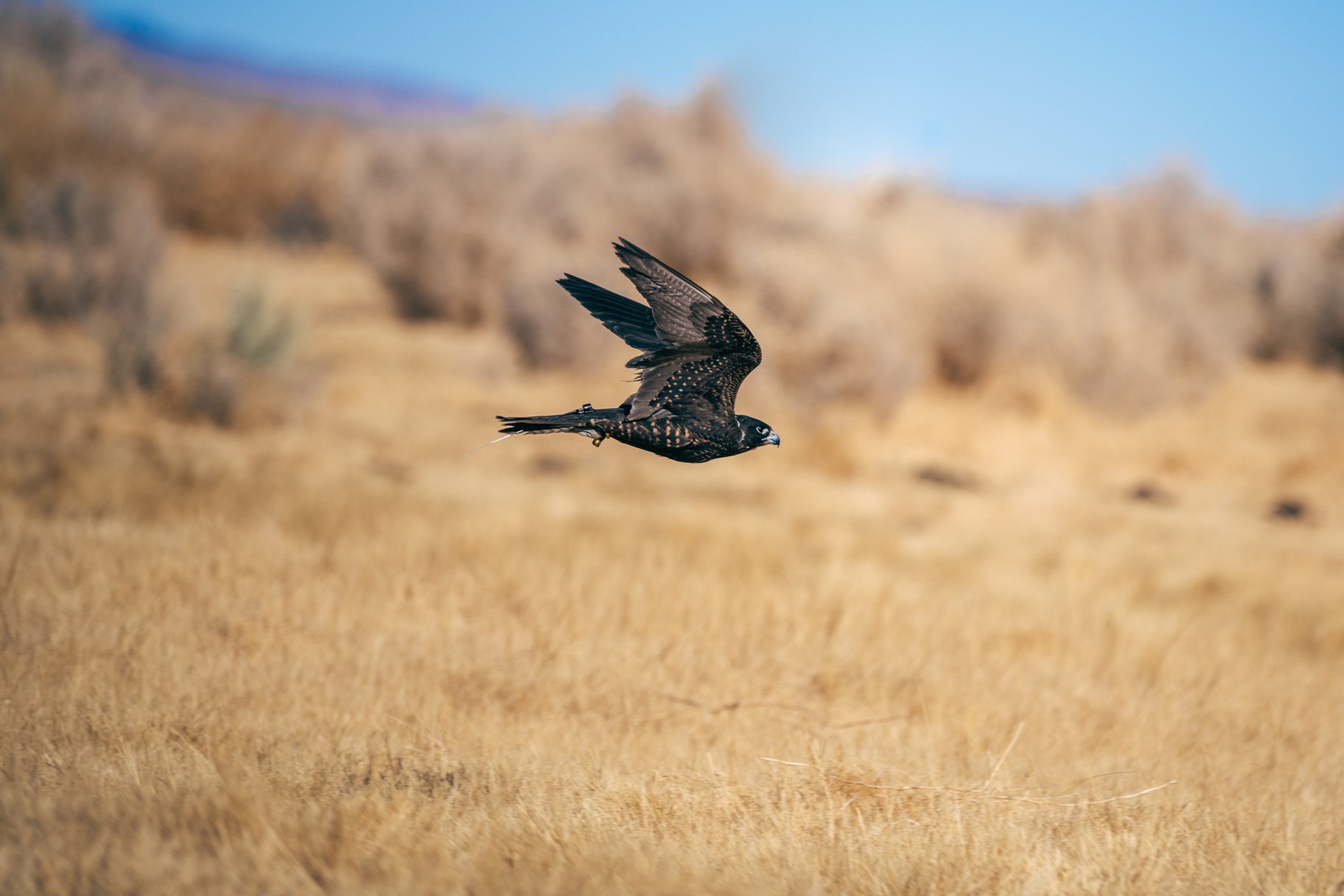 A young peregrine falcon glides above the brush during a training flight in Bishop, California. Photo by Ken Etzel. 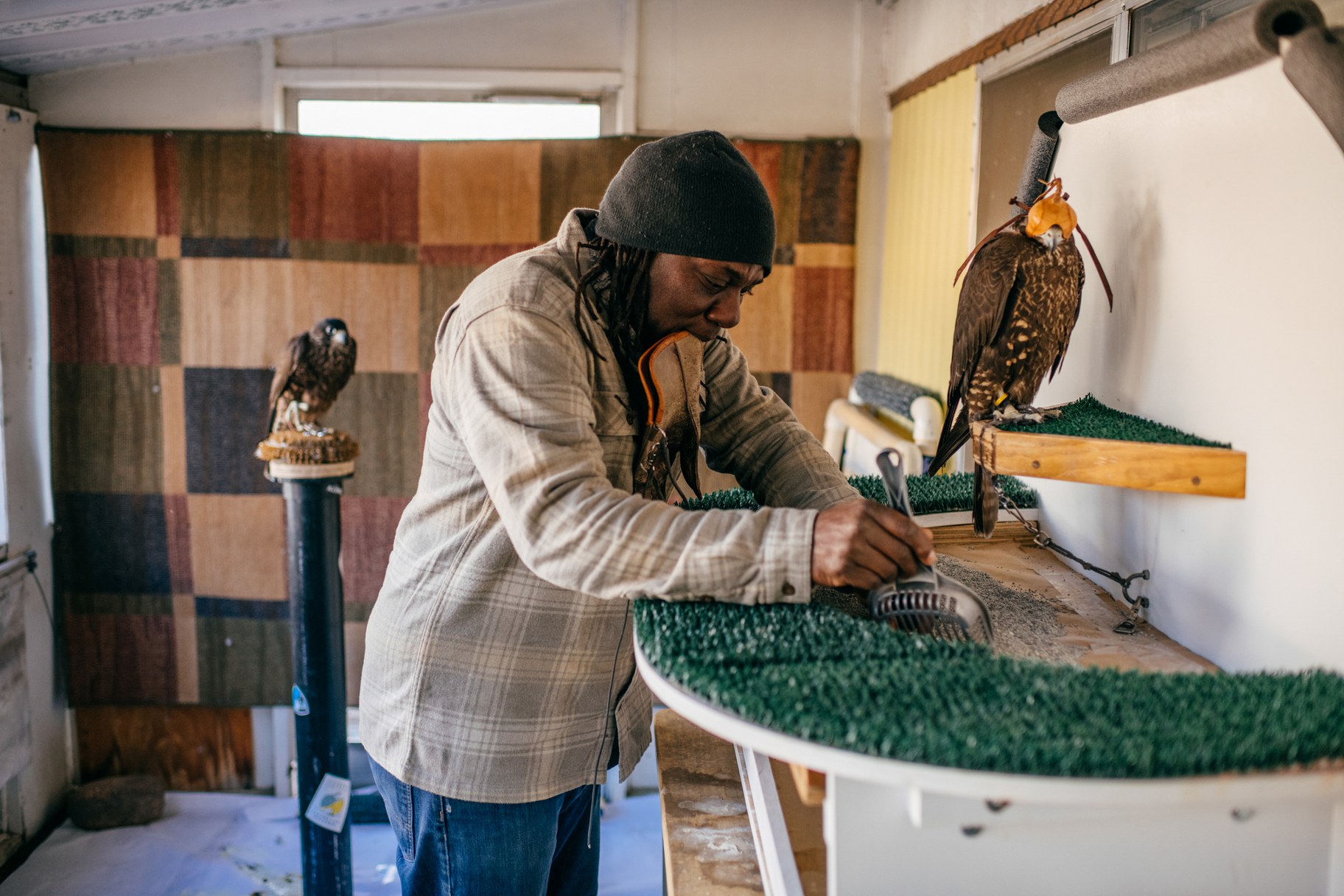 In one of the less glamorous — but vital — activities to ensure his birds are of flying health, Shawn Hayes sifts through their droppings at home in Bishop, California. Photo by Ken Etzel.

Falconry was established in Asia and the Middle East by 2,000 BC, and gradually migrated to Greece, Italy, and the rest of Europe. The California Hawking Club, which was founded in 1971, is the largest state falconry organization in the United States.

It was a group of falconers in California who noticed the weakened Peregrine Falcon eggshells caused by DDT and other pesticides that were widespread in the 1950s and 60s.

“They figured out a way to rehabilitate the Peregrine population and applied some of those techniques to raptors all over the world,” says filmmaker  Josh Izenberg. “Yvon Chouinard, the founder of Patagonia, was a young falconer in the Ventura area, and he was part of one of the early groups of falconer conservationists that included a lot of falconers and scientists out of the UC Santa Cruz Predatory Bird Research Group.”

Hayes stopped attending falconry meets in the U.S. after several unpleasant and racist encounters, when people called him derogatory names.

To this day, he says his state club does not want to address the racism that has been directed at him and other people of color in the past, which is why he has chosen to disassociate with them.

“I have just learned to just move forward and not let it affect my falconry,” he says. “But it's hard because I don't want the things that happened to me to happen to another person of color, especially when they're kids. I don't want kids or anyone to have to go through what I went through.” 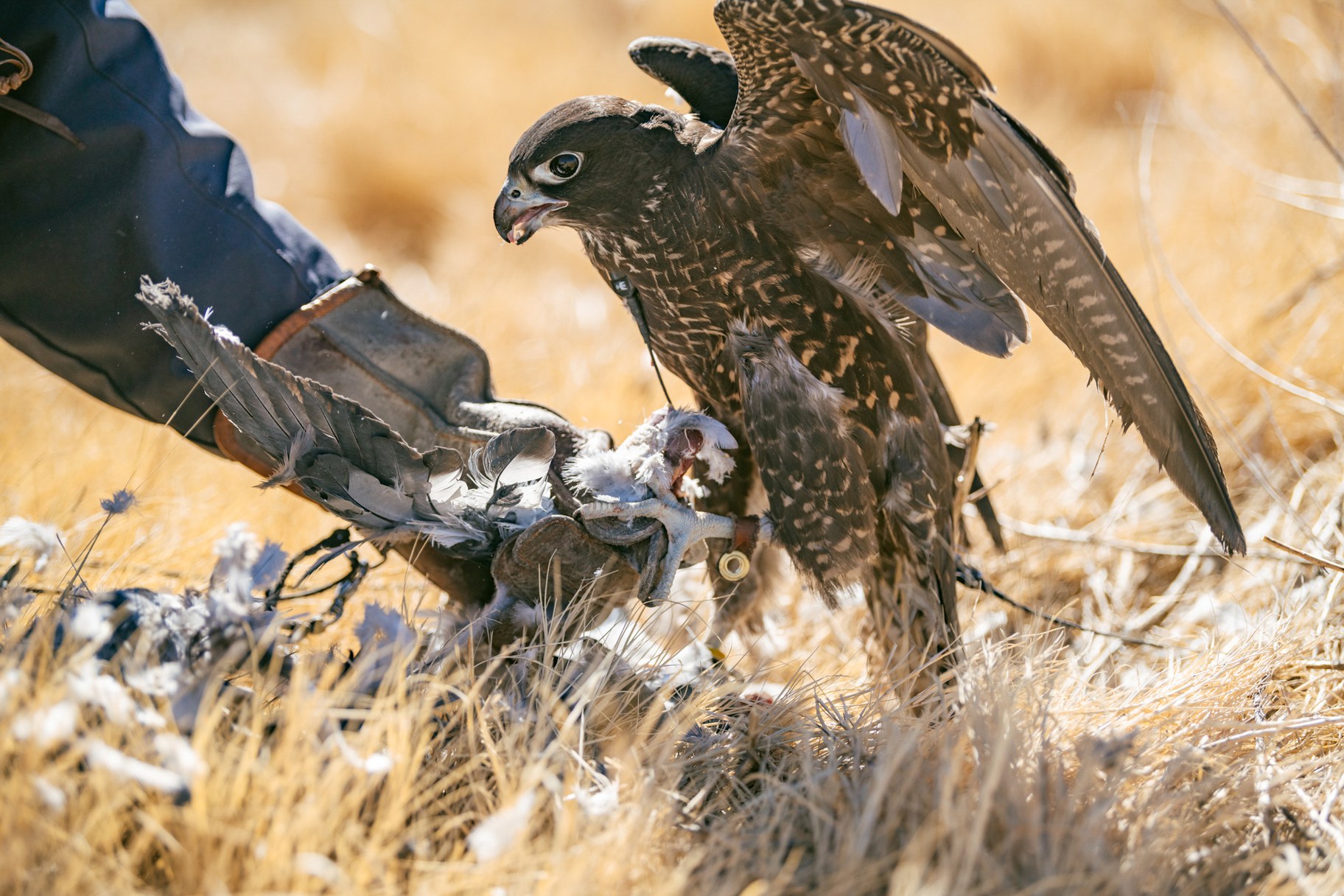 Hayes typically practices his falconry alone when he’s in the U.S., and travels abroad to engage with the community. The sport has taken him to international falconry festivals in Hungary and remote villages in Mongolia.

“When you go to Mongolia and the guy who's flying his eagle catches a rabbit and that rabbit is used for a hat for his daughter to wear when she's going to school … it's just been really interesting and enjoyable. I'm extremely thankful for having the opportunity,” he says.

People can hug cows, rub pig tummies, and maybe chat with a goat or two at the Gentle Barn near Santa Clarita.

Falconer Shawn Hayes shares his experiences on the front lines of raptor conservation in California, and the racism he’s experienced along the way.