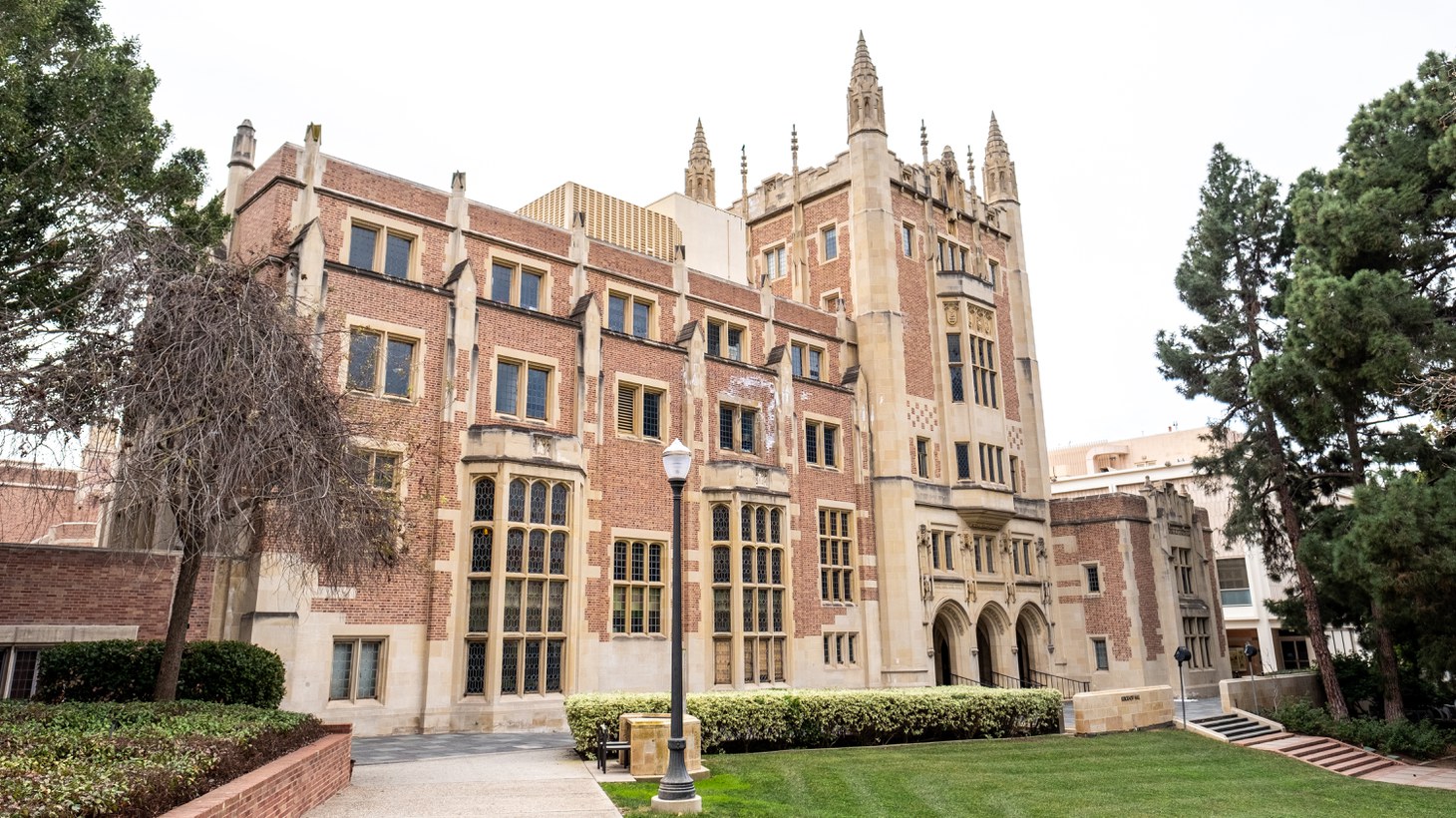 Kerckhoff Hall sits on the campus of UCLA. The University of California system says it will waive tuition fees for Native American students who are members of a federally recognized tribe. Photo by Amy Ta.

The University of California says it will waive tuition for Native American students, but they must meet certain requirements. The main one: They must be a member of a federally recognized tribe. Getting federal recognition can take decades, and a lot of California tribes have never received it.

“My tribe has been fighting for federal recognition ever since the mission period,” says Kimberly Morales Johnson, tribal secretary for the Gabrieleno-Tongva San Gabriel Band of Mission Indians, and a PhD student at UC Davis.

She notes that expensive land in LA and Orange Counties kept her tribe from receiving promised reservation land, a pattern she sees throughout the state.

“When California became a state … they knew where the ports were going to be –– San Francisco and LA –– and so they did not federally recognize any of those tribes. Most of the [California] reservations are in areas with weather issues, or out in areas that aren't really developed still.”

UC tuition runs about $13,100 annually for in-state students. That’s where more problems come in –– out-of-state students from federally recognized tribes must establish California residency to benefit from the waiver.

The strings attached to tuition waivers are frustrating for those still petitioning the federal government, but Morales Johnson sees hope from a $2.5 million scholarship fund set up by the Federated Indians of Graton Rancheria. The fund tries to fill in the gaps for tribes fighting for recognition and for federally-recognized students who have trouble navigating the state’s system.

“I believe removing the barrier of cost will help to encourage more and more students to go to school,” Morales Johnson says.