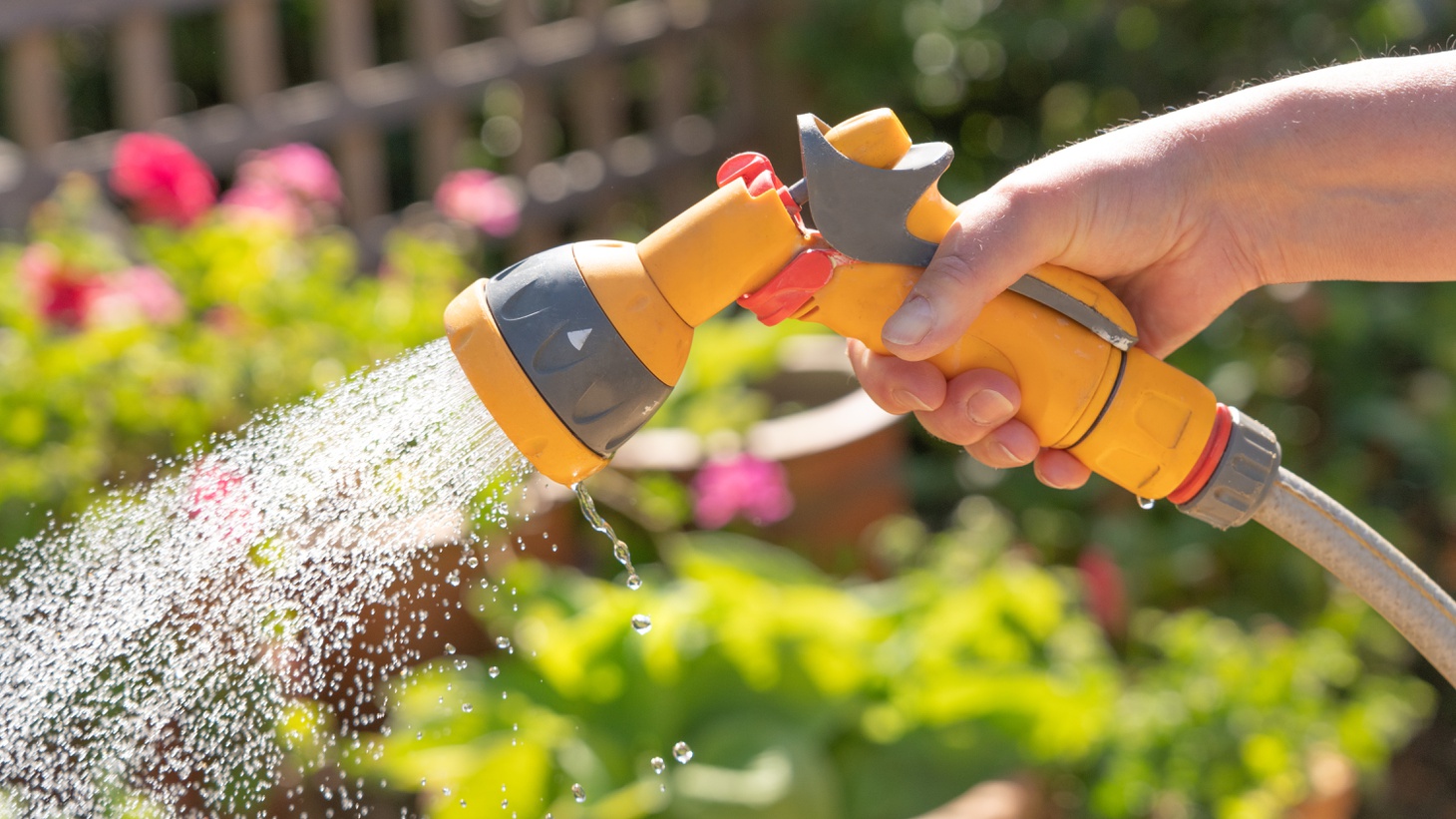 Hand watering is not off the table right now in the City of LA, but the use of sprinkler systems is limited to two days a week. Photo by Shutterstock.

Water restrictions are set to take effect on June 1 for people who live in many parts of Southern California. As the drought goes on, the Metropolitan Water District hopes that some of these changes will reduce water consumption by 20-30%, and maybe prevent a total ban on outdoor watering later in the summer.

When it comes to swimming pools, owners will have to put on covers to limit evaporation, but there are no limits on refilling pools, says Ian James, reporter for the LA Times.

Also, washing your car at home uses more water than taking them to commercial car wash locations, he notes. “Some of the rules throughout California focus on if people are going to wash a car at home, they're supposed to be using a shutoff nozzle, so that hose isn't just running into the gutter.”

Meanwhile, people who manage the state's water supplies are concerned about levels at major reservoirs, which are about half of their historic average right now, he points out. And the Metropolitan Water District says that if areas don’t reduce water usage now, a complete ban on outdoor watering could happen in the fall, if necessary.

James suggests the best thing to do is to check your water provider’s website to find out exactly what conservation rules you should follow now and help prevent an all-out watering ban in the summer.

Water restrictions are set to take effect on June 1 for many Southern Californians. They apply to lawns, swimming pools, car washing, and more. KCRW breaks down the rules.

Shorten showers to five minutes, don’t let the faucet run while brushing your teeth, rethink what you eat and what your yard looks like. These are some tips to conserve water.