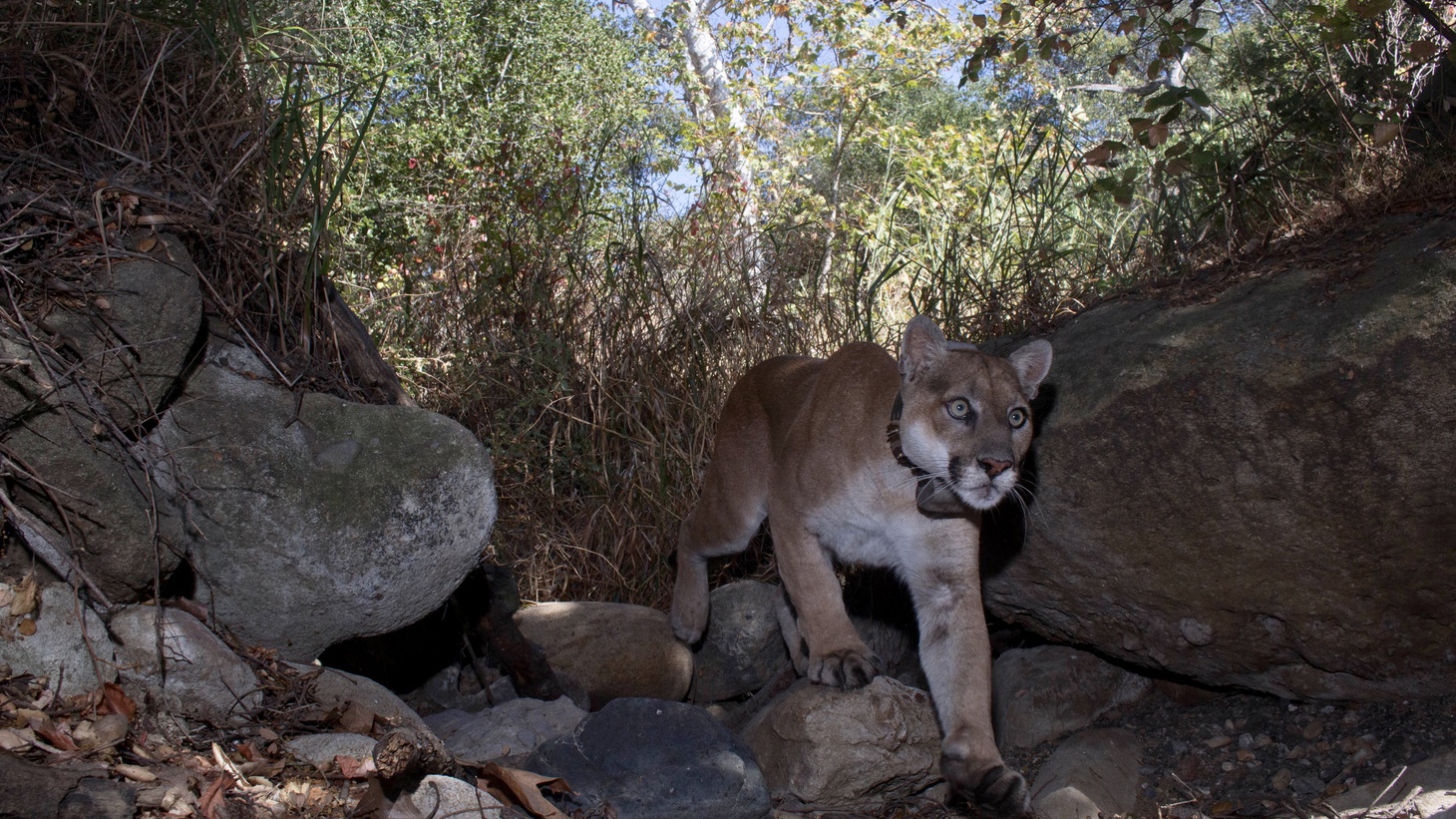 A famous family of about a dozen cougars living in the Santa Monica Mountains have hung on as Los Angeles County urbanized around them, stubbornly refusing to die out despite the proliferation of wide and deadly freeways, territory disputes between males over their small patch of wilderness, rat poison in the backyards lining the wildland urban interface, and worsening wildfires. But a new report says their days are numbered, and their greatest threat has been brought on by their attempts to survive: breeding.

Genetic diversity among LA’s mountain lions is “much lower than anywhere else across California, or anywhere else across the West where people have studied mountain lion genetics,” says Seth Riley with the National Park Service. “There's room essentially for 10 to 15 adults … that's too small in the long run.” The report by UCLA finds the iconic cats will go extinct in 12 to 15 years unless their gene pool expands.

The indicators of inbreeding started out mostly harmless, researchers say. Adult males bred with their offspring, and some cougars were born with kinks in their tails. But then this year, scientists found that their sperm also came with kinked tails.

“On average, 93% of their sperm was abnormal,” says UCLA researcher and National Geographic Explorer Audra Huffmeyer, who published the report. “Of all the sperm I looked at, 93% either had a kinked tail, a misshapen head, or no midpiece.”

It’s a major concern for a city with a quirky passion for its tiny population of giant cats.

That collective obsession took off 10 years ago this month, when one cougar made a perilous journey across wide, busy freeways and through suburban sprawl to LA’s Griffith Park in an unsuccessful attempt to find a mate. P-22 earned a reputation as the lonely bachelor of the Hollywood Hills.

He inspired a generation of Angelenos in the process. That includes Beth Pratt with the National Wildlife Federation, who leads the Save LA Cougars campaign. She has a tattoo of the cougar on her arm and has made the journey from Agoura to Hollywood on foot, wearing a cat collar to raise awareness and money for the cougars.

“P-22 is the reason I got involved … the plight of not just P-22, but all these Santa Monica Mountain cats, and what roads and development was doing to them in terms of fragmentation and how it really threatened their future,” she says. 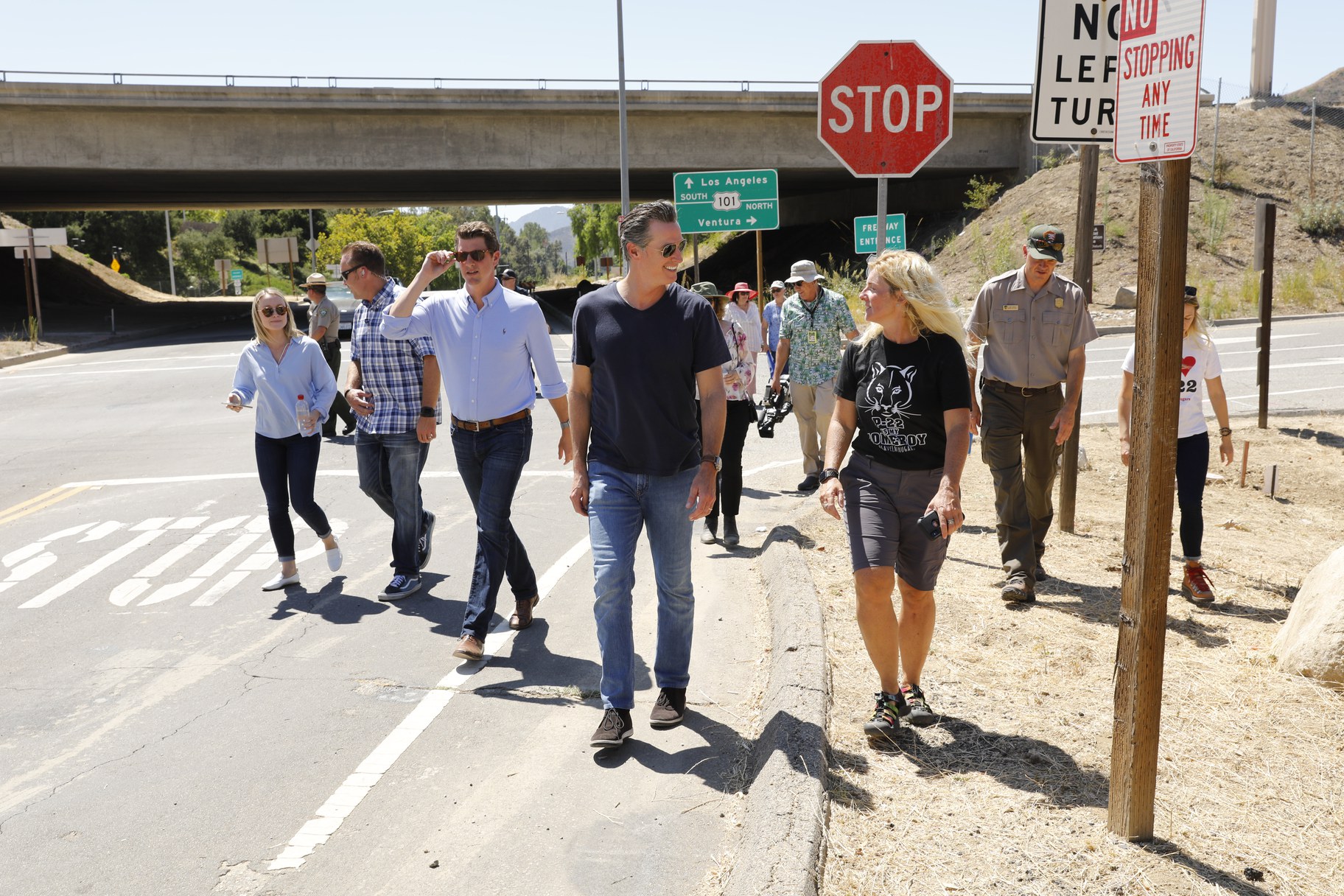 Beth Pratt walks with Governor Gavin Newsom at the site of the future wildlife crossing. Photo courtesy of Beth Pratt.

Miguel Ordeñana shares Pratt’s devotion to P-22. A wildlife biologist with the Natural History Museum, he grew up in Los Feliz near P-22’s home, and now specializes in the camera traps that capture the wildlife in Griffith Park. 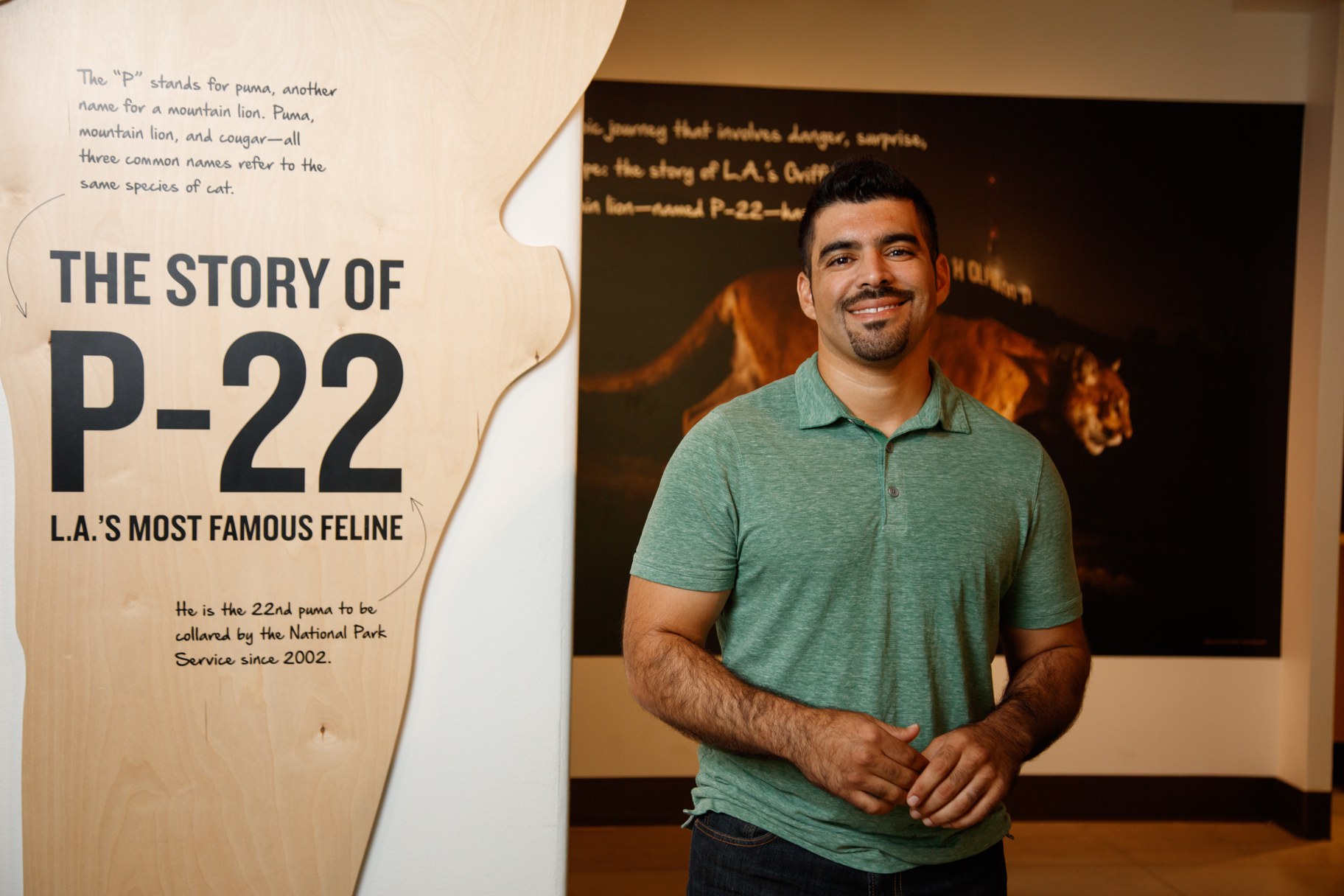 He recalls the day that he found proof of a mountain lion in his camera footage: “It was literally like finding some sort of urban legend like a Bigfoot or Chupacabra. ... People thought LA is just a place for beautiful people, movie stars, traffic, smog. But it's also a place for nature and … mountain lions that are trying to survive and make their way even to the middle of the city.”

P-22 inspired a new dream for Pratt and thousands of P-22 fans: a wildlife crossing over the 101 freeway that would join fragmented mountain lion territories, allowing them to intermingle again without crossing the deadly 10 lanes of traffic.

For years, it was a hard sell: $88 million for a bridge that people don’t use, to save animals that people rarely see beyond headlines for getting into someone’s house and eating their dog, or being the primary suspect of a gruesome koala murder at the LA Zoo. 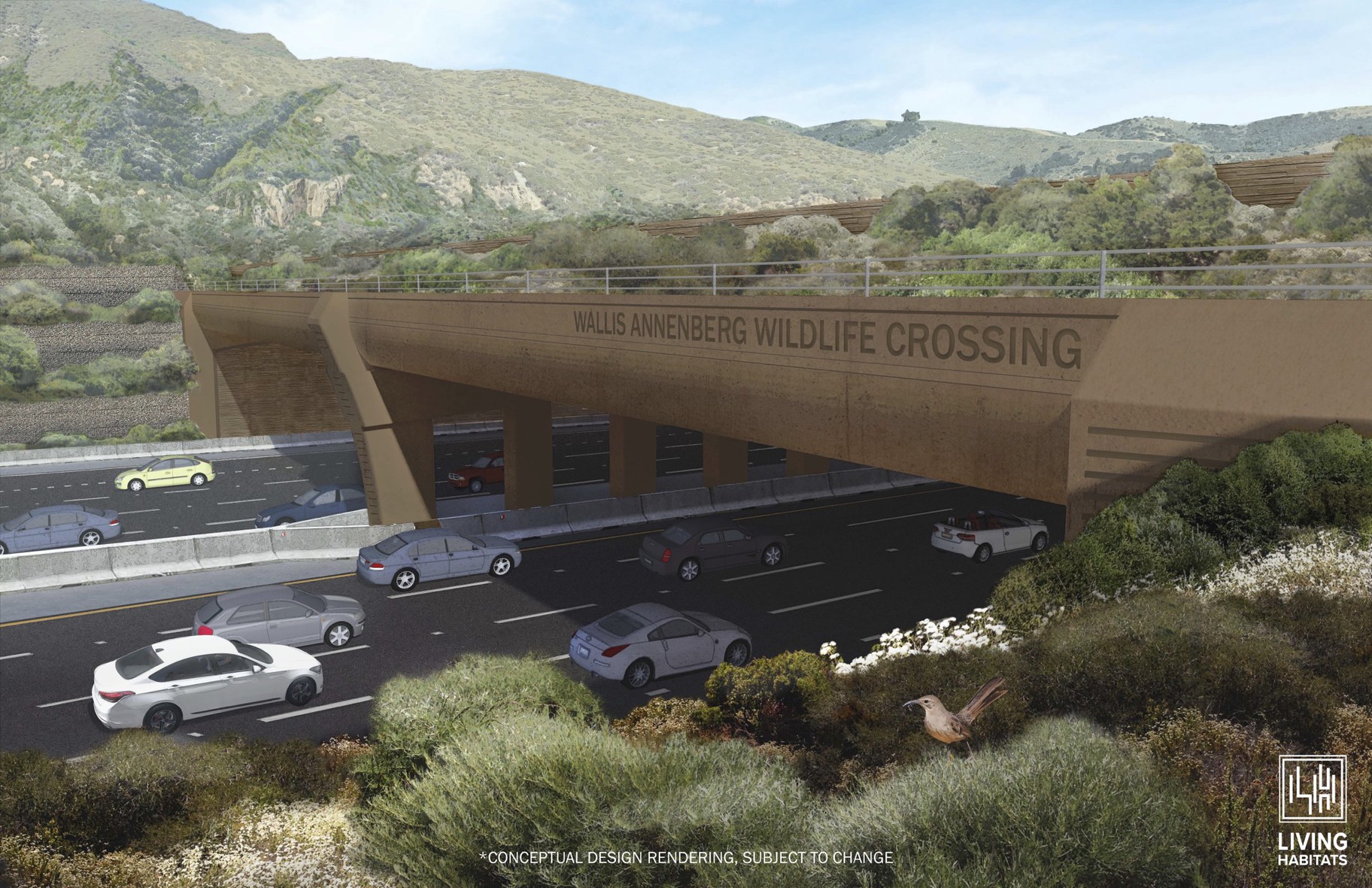 The wildlife crossing will have sound and light barriers to make animals feel safe while they traverse the freeway. Rendering courtesy of Beth Pratt.

But over time, thousands of people donated. Last year, all of the money needed to break ground finally came through, including millions of dollars in state funding. Now CalTrans is expected to start construction in spring.

Their work won’t end with this one bridge. The goal is to eventually connect all of LA County’s wilderness areas, from the Santa Monica Mountains to the Santa Susana Mountains north of the 118 freeway, to the much larger mountain lion population in the Los Padres National Forest in Santa Barbara County.

For now, advocates for the local mountain lion population — like Miguel Ordeñana — are celebrating. The lifelong Angeleno sees P-22 as a model for us all.

“People come here for an acting career or getting their foot in the door in Hollywood, and he crossed through all those intersections,” Ordeñana says. “He lives right beneath the Hollywood sign. And so his story is a story of survival. And in addition to that, it's a story of coexistence. And it's also reflective of how tolerant and appreciative the LA community is.”

A wildlife crossing over the 101 freeway is about to break ground just as new research shows LA’s mountain lion population is likely 12-15 years away from extinction.

In-person classes resumed at several UC campuses this week, but some students are pushing for a permanent hybrid learning option.

A slate of new SoCal restaurants will debut this year. KCRW gets a rundown of the hotly anticipated spots that serve burgers, barbeque, Japanese fare, and more.