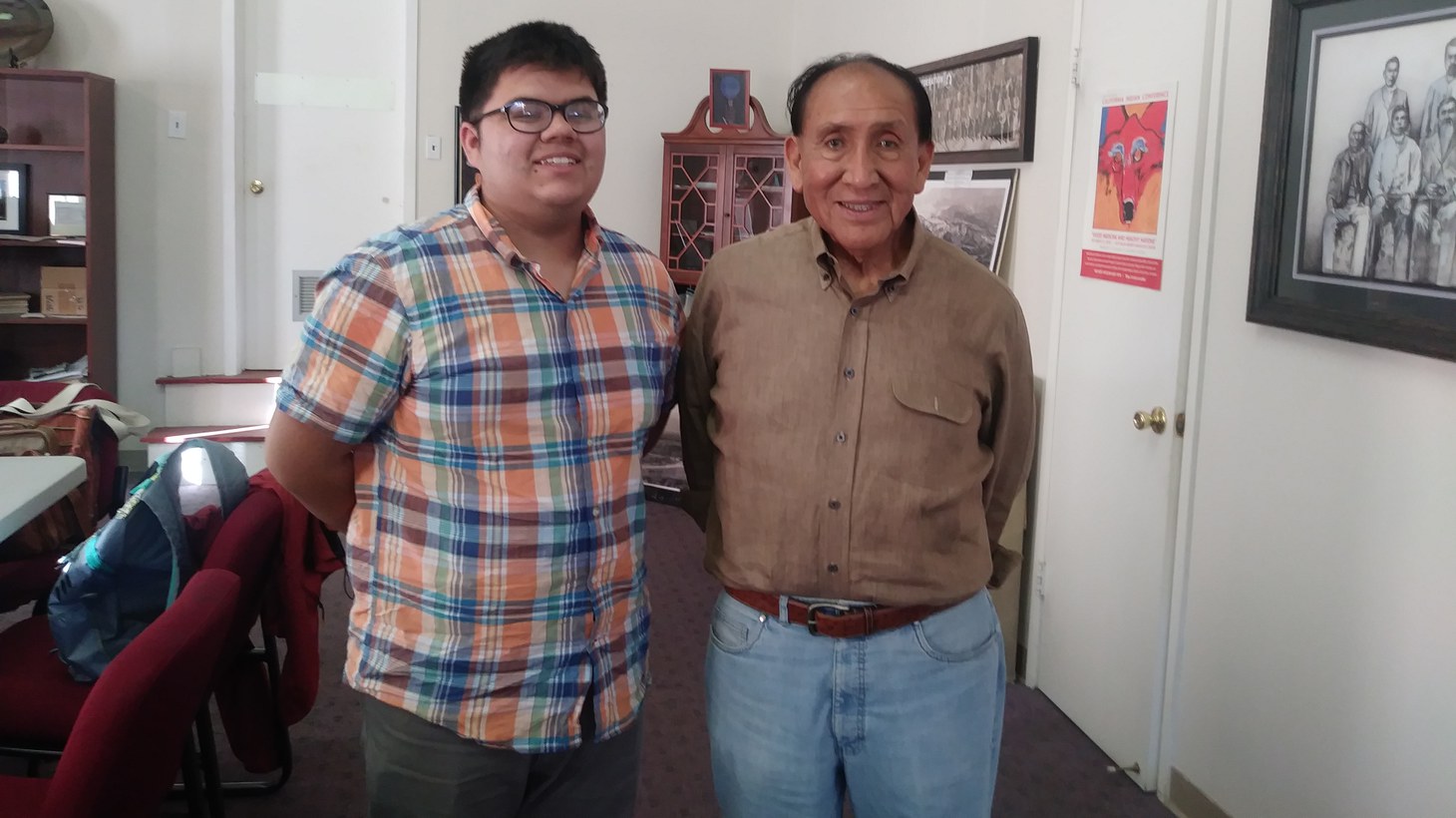 More than 100 Indigenous languages are spoken in California and many are facing extinction. That includes the language of the Serrano tribe, native to the San Bernardino Mountains and other parts of the state. At one point, only one woman spoke the language fluently.

Now historians are fighting to preserve the language, including Ernest Siva, the founder of the Dorothy Ramon Learning Center and the tribal historian and cultural advisor for the Morongo Band of Mission Indians. His student Mark Araujo-Levinson is helping too.

Siva’s aunt, Dorothy Ramon, was the last fluent speaker of the Serrano language. When he was a kid, he first realized that the language was dying through jokes his family made, and he didn’t see other members of his tribe speaking it.

“The picture was quite clear. … I did all I could, grabbing on to all different sources outside of our speakers, the words [and] scholarly works.”

When he got older, Siva and his wife June opened the learning center in honor of his aunt. So far, it offers art, music, and lecture programs, but the COVID-19 pandemic pushed back other plans, including a publicly-accessible research library.

Araujo-Levinson met Siva when he contacted the Dorothy Ramon Center in 2017 because he wanted to learn the Serrano language.

“It was really hard to connect with a language I'd never heard and not know what it sounded like. And I remember looking at Google and looking at the different languages around the area, and Serrano was one of them,” Araujo-Levinson explains.

Araujo-Levinson says learning the language has helped him understand how places in Southern California connect to the Serrano culture. He uses the example of the city of Yucaipa’s name, which roughly translates to “mountain wilderness.”

Siva adds that preserving languages can be arduous. It includes researching articles/papers about the dialect, and looking for personal stories. He also tells stories in the language and records them.

“Whether it's 100 views or 1000 views, I think to me, it's being able to [help] these people to experience what this language sounds like, because it was virtually not there on YouTube. It was more important just to have that presence online for this particular language.”

Siva emphasizes the need to continue to cultivate interest around languages that may disappear through the generations: “I think that has to do with our beliefs. The elders would tell us [to] never forget your language. You have to learn all sorts of new things in this world, the new way, as we used to say. … Never forget, because if you do, you'll be lost. Your people will be lost and wondering who you were.”

The language of the Serrano tribe native to the San Bernardino Mountains almost went extinct. Now historians and a new generation of Indigenous Californians are working to...

Birds are dying by flying into buildings. Can architects solve the problem?

Hundreds of millions of birds die annually from colliding with buildings. In LA, some animal advocates want to see architectural designs that are safer for avian inhabitants.