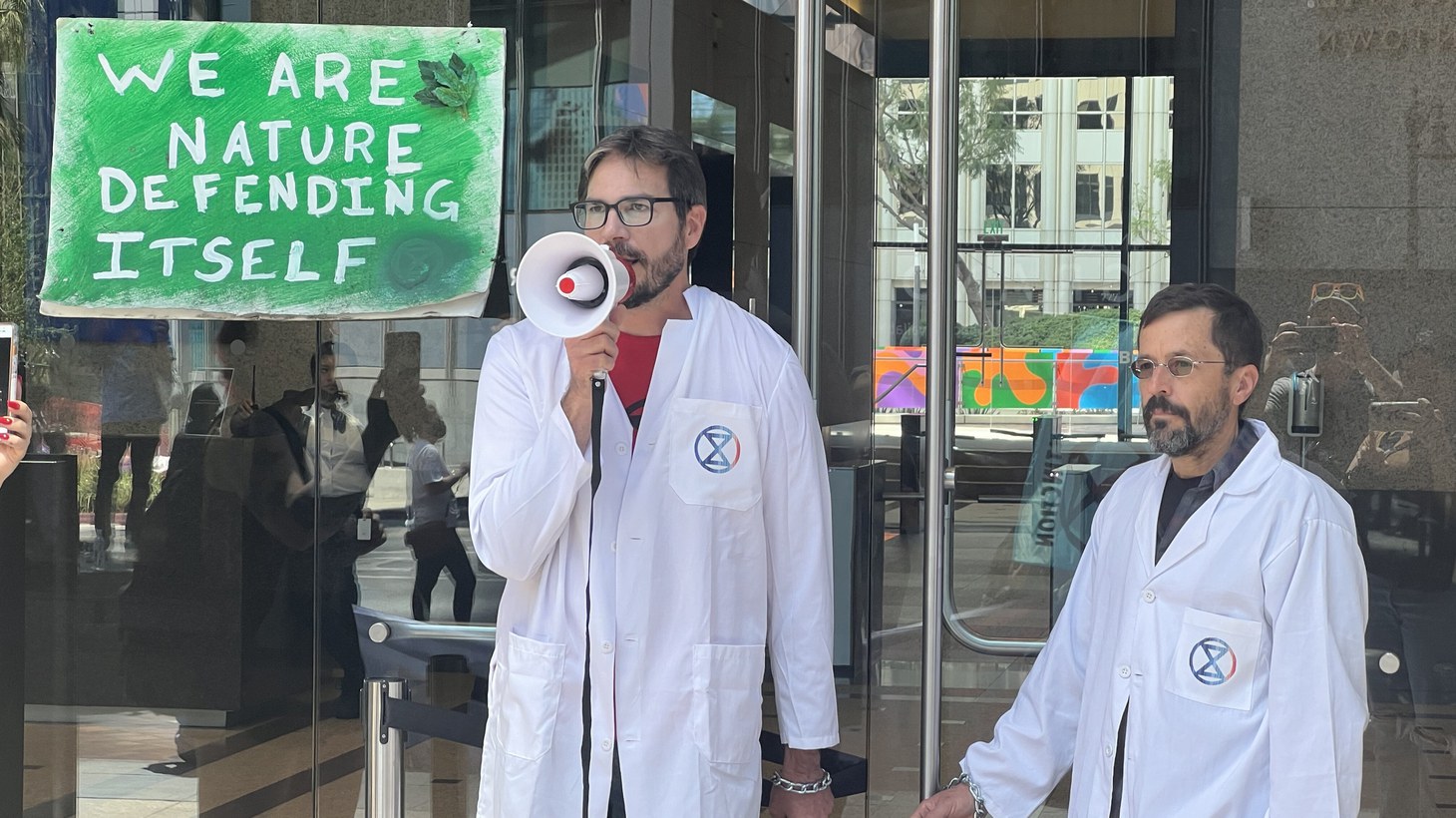 Climate scientist Peter Kalmus, left, handcuffed himself to the entrance of the Chase Building in downtown LA. He was arrested following a day-long protest. Photo by Brian Emerson.

More than 1,200 scientists protested in 26 countries on April 6, calling for stronger efforts to fight climate change. One of those protests happened on the streets of downtown LA.

They reached the JP Morgan Chase building, where a handful of activists chained themselves to its doors. The LAPD arrested them, including Peter Kalmus, a ​​climate scientist at NASA’s Jet Propulsion Laboratory.

“It’s just so clear to me that I have to take this stand,” he says.

He is part of an international group called the Scientist Rebellion. Their goal is to bring more awareness to climate change. Kalmus says international leaders and big banks who fund fossil fuel companies are speeding up the process. That’s why he tied himself to the Chase building.

“We feel that a leverage point for making this cultural shift is to bring attention to how these banks are profiting off of the destruction of the earth … [and create] public outrage that they're literally doing that.” 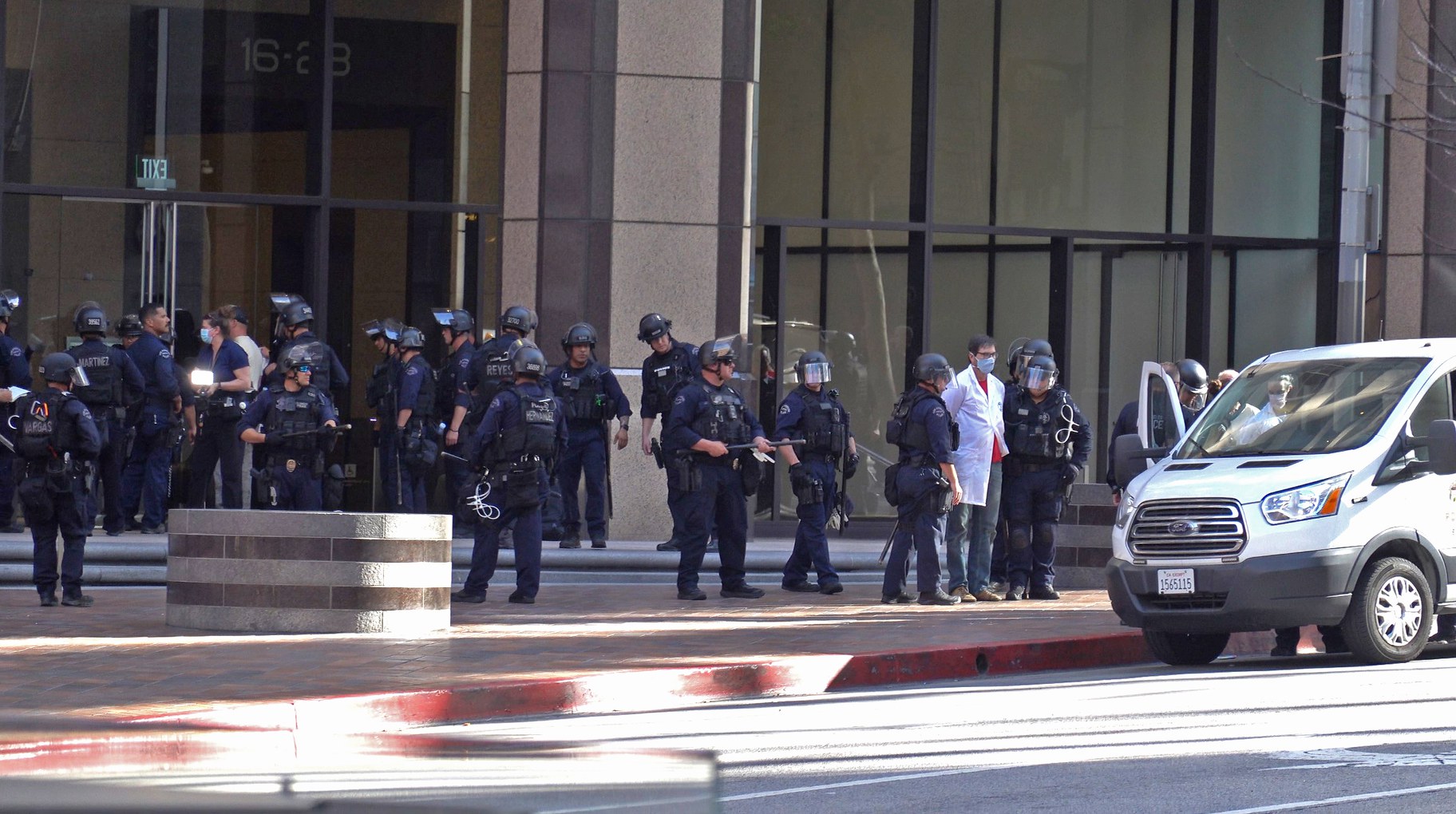 The LAPD escorts NASA scientist Peter Kalmus, who was arrested after he handcuffed himself to the entrance of the JP Morgan Chase building during a climate protest in downtown LA earlier this month. Photo by Brian Emerson.

The group of scientist gathered downtown after the Intergovernmental Panel on Climate Change released a new report that says people cannot build any new fossil fuel infrastructure, like pipelines or drills. Doing so would put global temperatures over the heating threshold of 1.5 degrees Celsius and make the world uninhabitable.

The existing infrastructure is already pushing us to the brink of irreversible change, hovering around 1.2 degrees Celsius. Kalmus says that gives us a 50-50 chance of keeping conditions 1 degree below the threshold, but believes it will still have a catastrophic impact on the world.

Kalmus urges major news organizations to provide more coverage. He says his protest was barely reported on a national level.

“Every climate activist has to take ownership of their own activism and get creative and use their own networks,” Kalmus says. “There's a great thing that we say: The best way to thank a climate activist is to become one yourself.”