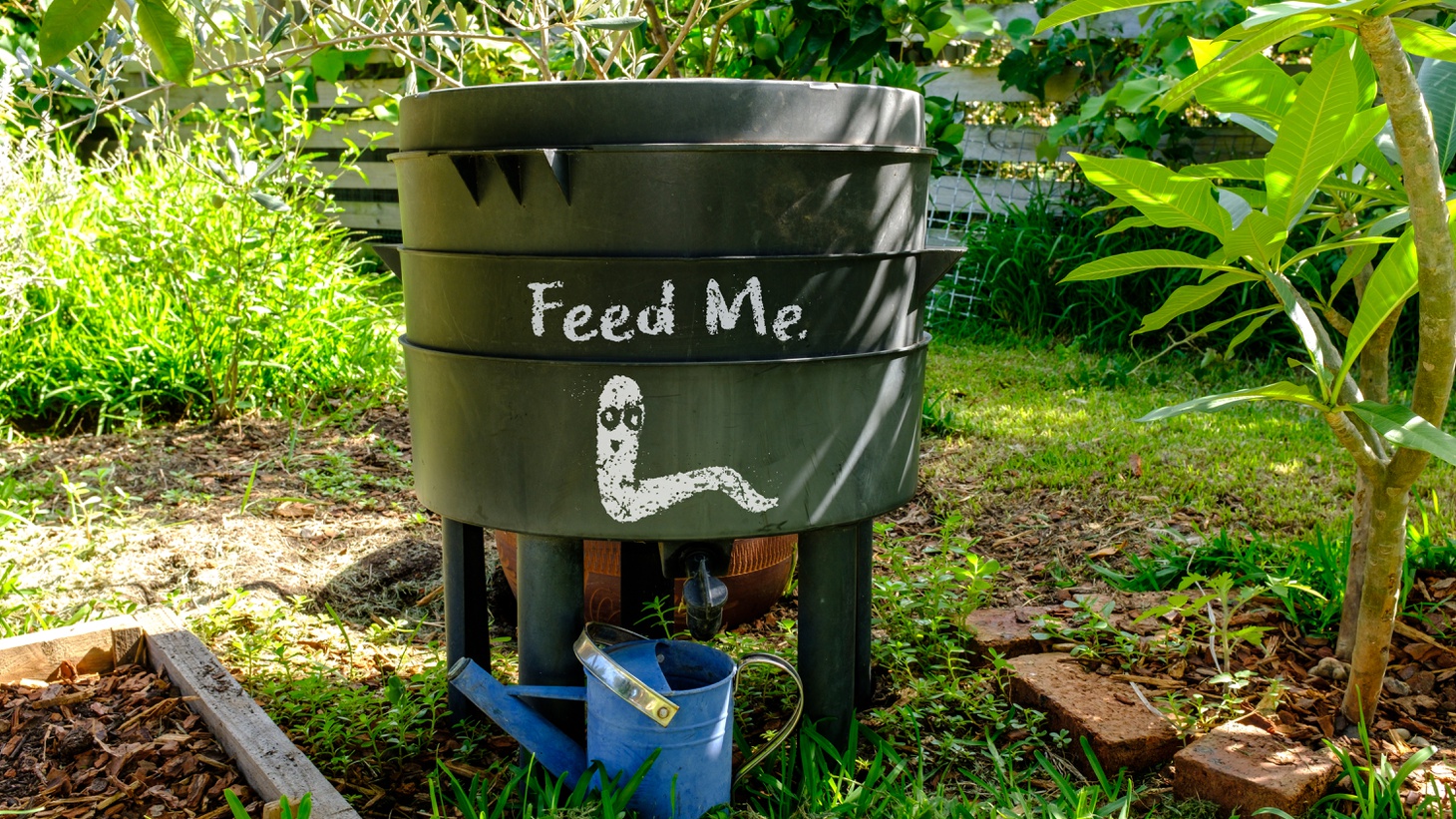 A compost bin features an illustration of a worm on it, with the words “feed me.” You can buy worms at Will’s Worms in Studio City, McCrawl’s Red Worms in Cypress, and Jewlz Grimy Ground Grubbers in Oceanside, recommends LA Times writer Jeanette Marantos. Photo by Shutterstock.

Southern California is experiencing a shortage of worms. That’s because more people got into gardening and composting during the pandemic, and a new state law prevents food waste from ending up in landfills, which encourages even more composting.

“You don’t just get compost when you are using worms. You get worm castings, which is this wonderful fertilizer for your plants. So there was a big interest in this, and there were so many people buying that the worm producers couldn’t keep up,” explains Jeanette Marantos, who covered this for the LA Times.

Despite the shortage, there are still several places around Los Angeles to get worms. “We found 13 different places and they are scattered around, some of them are better advertised than others,” she notes.

The list includes Will’s Worms in Studio City, which is run by 7-year old Will Hatanaka and his 8-year old sister Alyssa (plus their dad); McCrawl’s Red Worms in Cypress; and Jewlz Grimy Ground Grubbers in Oceanside (they don’t have a website, but the phone number is (760) 239-9228.

Marantos suggests calling the farms ahead of time so they can weigh out and separate the worms for purchase. “Many of [the farmers] have been doing this for years,” says Marantos, “and they’re excited that all of a sudden people are paying attention to worms.”

She adds, “The bottom line is that you can find worms in LA, you just have to do a little digging.”