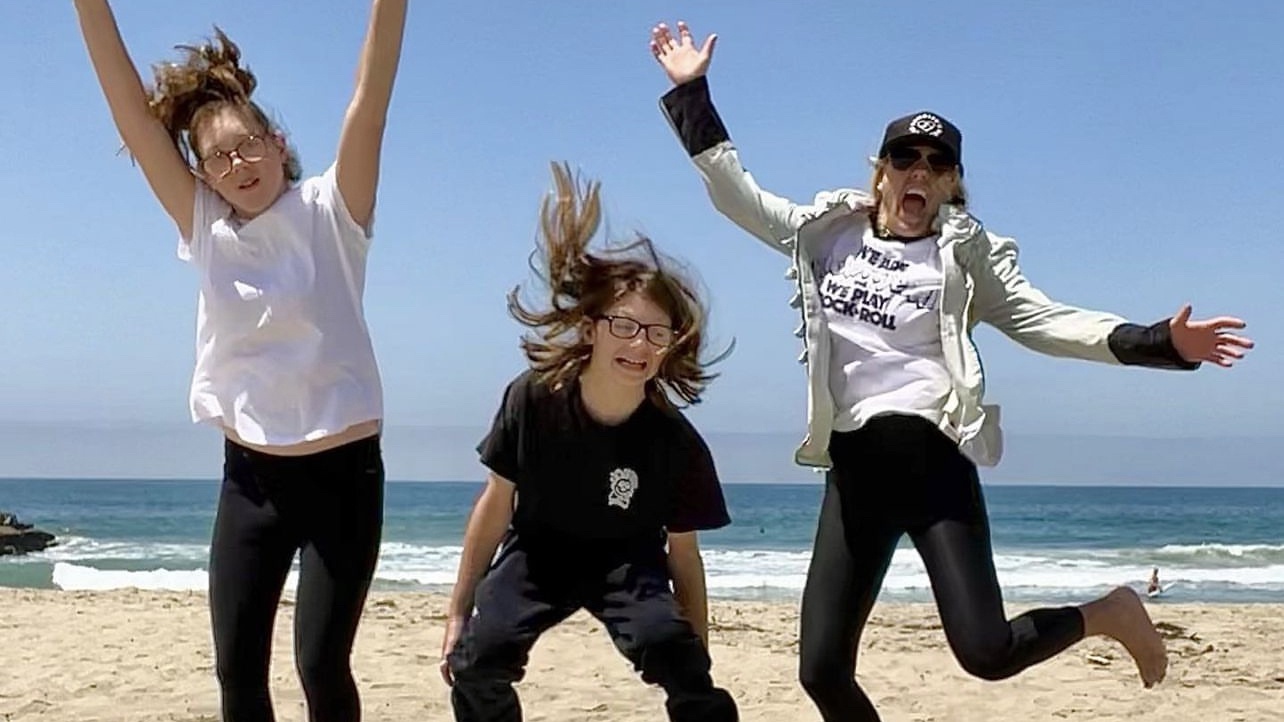 Any parent can tell you that raising kids comes with no shortage of joy, frustration, and mistakes. No matter how many books you read or conversations you have, nothing can fully prepare you for the realities of parenthood. This is especially true when raising children with special needs.

Nikki Chase is a single mother raising two children with disabilities in Newport Beach. She’s been documenting their family journey in a frank and vulnerable podcast that covers everything from the uncertainties of life-altering diagnoses and escaping an abusive relationship, to talking to your kids about sex, drugs, and rock and roll.

The podcast is called  “Adult Chicken.” The show takes its name  from the euphemism for marijuana Chase uses with her kids.

“I have creatively had to navigate explaining all various topics and do it in such a way that they both understand. And that was the most kid-gloved version of explaining drugs to my two kids, Chase tells KCRW.”

Chase’s daughter Bootsie, 19, and son Sandler, 15, both suffer from an unbalanced translocation of their 2nd and 8th chromosomes. According to Chase, they have the only known cases of this disorder in the world.

When she was pregnant with Sandler, Chase describes the phone call she received from a genetic counseling committee in Colorado, who informed them of her kids’ diagnosis: “The person on the other end said we're calling as a committee because we've never seen this before. And we honestly don't know what to tell you. We don't know what this means.”

As the children grew older, the impact of their genetic abnormality became clear. “They look typical and have some of the savant [characteristics] of a person with autism. But they also … have this nice gene … that presents itself in a child with Down’s Syndrome. … It's kind of like a combo of those two known diagnoses.”

Chase has had to manage these circumstances as a single mom after leaving her physically and emotionally abusive ex-husband. She describes finally deciding to escape the relationship when it became clear her kids were in danger. “That's when I packed the three duffel bags and we left in the middle of the night. I had no idea what I was going to do after, but we got out of there.”

Chase had to restart her life — first in Washington State and later in Southern California — primarily relying on limited government assistance. “I didn't have any support. But I was able to figure it out. And that's not because I'm some rocket scientist, or I even understand the system. I do not, but the resources are out there.”

Chase started “Adult Chicken” as a form of therapy and to reach others who might be struggling, whether that’s with the challenges of raising special needs children or the pain of an abusive relationship. “There's so much relief having shared [my story], because it's real. … It's an added bonus if somebody can find company in what I have to offer.”

As a survivor of domestic abuse, Chase knows the challenges of leaving.  She hopes others can find the courage to leave by hearing her story. “There was one point where I thought it would be easier to go back to that than to do what I'm doing. And you're gonna think that probably a handful, if not two handfuls of times … Just keep telling yourself no matter what … It's better than what you had, and you've got to get out of that.”