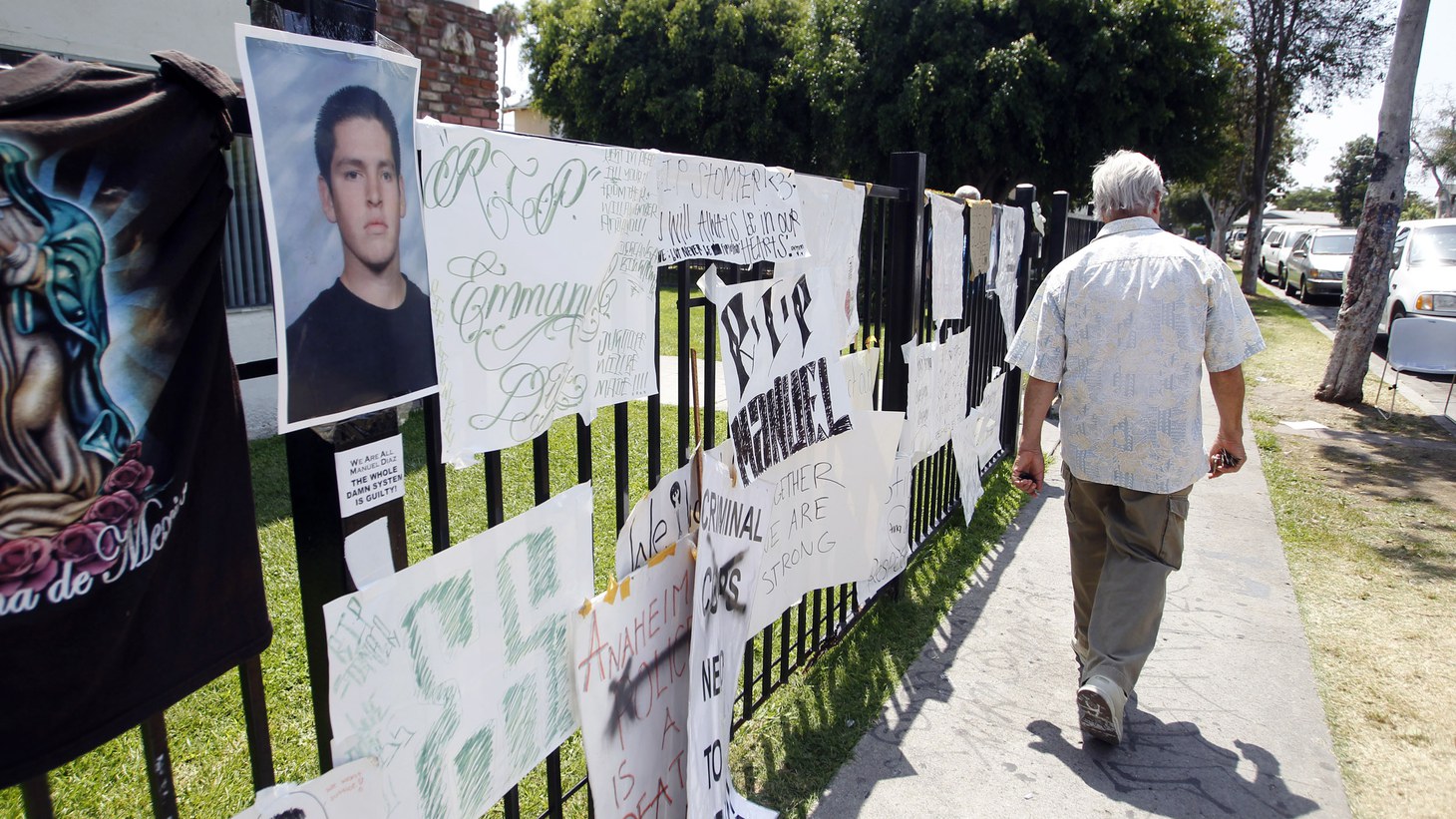 Posters, photos, and signs in support of Manuel Diaz — who was shot dead on July 21, 2022 by Anaheim police — are seen at the site of the shooting on Anna Drive in Anaheim, California, August 4, 2012. Photo by REUTERS/Alex Gallardo.

“That then erupted into a small-scale riot and one of the greatest moments in Orange County history when protesters were clashing with police in downtown Anaheim. And then the Disneyland fireworks are blasting above them,” says Gustavo Arellano, columnist for the LA Times.

In 2018, a new transparency law passed, which made it possible for journalists to look at police records that were previously sealed. Arellano says his colleague, Gabriel San Román, was able to access the full recounting of what happened the night Acevedo was shot and killed. Although no new information had come out, Arellano says it shows the justifications the police officers had.

“It's almost like the officer was justifying, ‘Well, if we were a little bit on edge, that would make us want to pull our guns a little bit faster than other times,” Arellano explains. “But the most important thing is that you have these documents. … It does bring closure to family members.”

Arellano explains that the Anaheim Police Department has been more careful over the years, though they still have their issues, and there have been other civil judgments against the officers.

The tension between Latinos and Anaheim police has improved too, he says.

Now the city has other things on its plate, like the FBI investigation into corruption allegations within Anaheim City Hall.

“Anaheim has a lot of problems. At this point, it seems like the police department is one of the lesser problems, and that's saying something,” Arellano says.

California could make human composting legal. It’s a process by which recently deceased bodies are transformed into nutrient-rich soil.