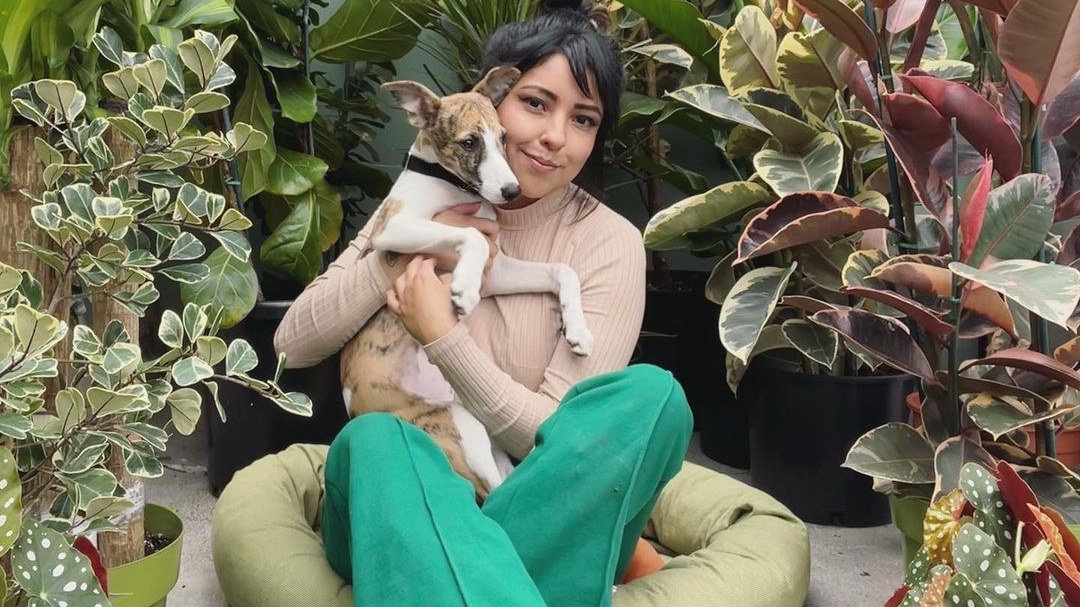 Andi Xoch is the owner of Latinx with Plants in Boyle Heights. She is participating in a small business anti-displacement project that provides tenants a path to owning their commercial space. Photo courtesy of Andi Xoch.

At a new plant nursery on a busy stretch of Cesar Chavez Avenue in Boyle Heights, an experiment is taking place. This space, where Latinx with Plants owner Andi Xoch sells tropical flora from Central and South America, is the kind of commercial storefront where small, locally-owned businesses constantly worry they’ll be priced out. But not Xoch. This is her second location for the store, and she’s on track to own both commercial spaces she rents in five years.

“Being a young Brown woman of color, it's monumental for me to be able to even have that idea that I could possibly own commercial property. It’s insane,” says Xoch.

Xoch is part of a project in East Los Angeles called Community Owned Real Estate (CORE) that uses a co-operative ownership model to keep local businesses in the neighborhoods they serve, even as prices rise and demographics change because of gentrification pressures.

Based in part on the model of community land trusts, which have helped protect residential neighborhoods from gentrification-fueled displacement, it’s part of a growing national movement to find new ways to offer small businesses stability. Washington D.C. recently set up a commercial development fund to help businesses owners with down payments in that largely Black city. And in Anchorage, Alaska, where most residents identify as Indigenous, a local nonprofit has invested $15 million into different community-owned properties.

These experiments can help shift the narrative around commercial property ownership so that “it's not just something that rich people do,” says Willow Lung-Amam, an urban planning researcher at the University of Maryland and the executive director of the Small Business Anti-Displacement Network.

Through property ownership, small businesses are more protected from displacement, which in turn offers the broader community a sense of stability, says Lung-Amam. That’s because small business owners tend to live in the community they serve unlike national chains, says Lung-Amam. “Those workers may be invested in the neighborhood but the owners ultimately aren't.” 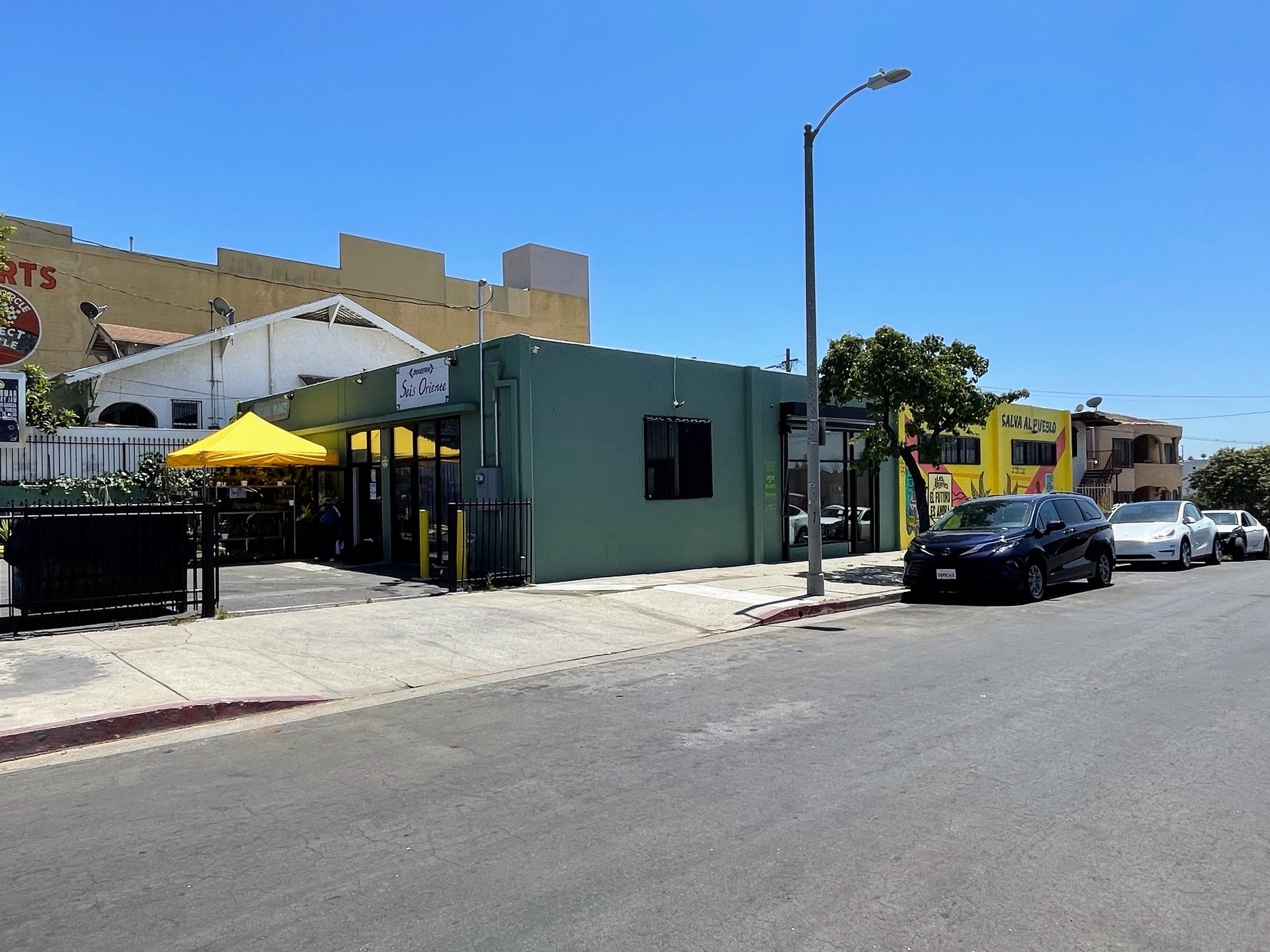 The CORE project owns this commercial building in Boyle Heights that was previously a Smart and Final grocery store. The tenants here will be offered a path to share ownership of the building in approximately five years. Photo by Megan Jamerson/KCRW.

They used a 2019 tax credit and a loan from community lender Genesis LA to buy five commercial properties, including the one where Xoch has her business, another in Boyle Heights, two in unincorporated East LA, and one in El Sereno. After renovations, CORE filled the spaces with about 20 tenants.

When the building loan is paid off in about five years, the program will offer tenants the opportunity to share ownership of the building on favorable terms. Which means there will be no sudden rent increases, and no corporate tenants willing to pay much higher rent.

The biggest challenges to this model are access to capital and LA’s very competitive real estate market, says Rudy Espinzoa, the executive director of Inclusive Action. He says helping local entrepreneurs through this project will have a bigger impact than just helping a few businesses thrive. “They're also going to plant the seeds for other businesses and other entrepreneurs in our neighborhoods,” he says.

This is what Xoch aims to do with her businesses. She grew up in Boyle Heights and is the daughter of entrepreneurs. Her dad worked as a taquero, and her mom sold tortas at soccer games. Xoch sees the act of owning commercial property along Cesar Chavez as a way to preserve her neighborhood and culture. “Without the small businesses, we lose our identity, and essentially Boyle Heights will turn sadly into a gentrified whitewash neighborhood, if we don't do anything about it,” says Xoch. 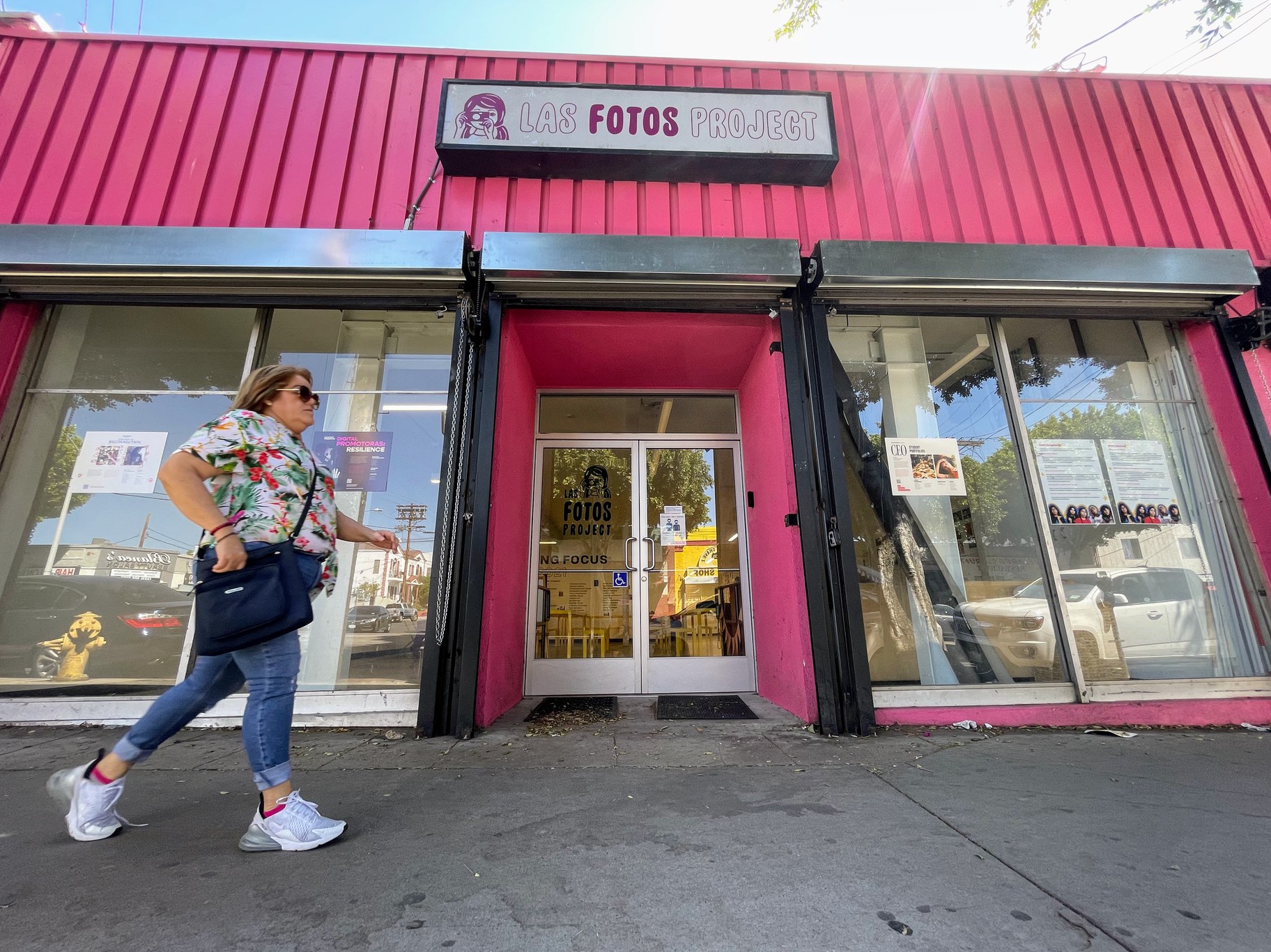 Las Fotos Project is a tenant in one of two CORE-owned buildings on Cesar Chavez Avenue in Boyle Heights. Photo by Megan Jamerson/KCRW.

Another tenant, Lucia Torres, who runs a non-profit organization called Las Fotos Project out of the same CORE building in Boyle Heights as Xoch, says she is grateful for the access to capital and stability the program offers.

“There's also no fear of having them pull the rug out from under you. And to say, ‘Oh, well, there's somebody who came in and just wants to buy the building,’” says Torres.

Torres teaches photography to teenage girls of color and gender-expansive youths to help them find their voice. The idea of owning this building is symbolic, she says. “To be able to say, both, I am on a path to ownership, and also I am spiritually, culturally, creatively inhabiting this space and owning this space, and taking up a space where our voices have historically been silenced is super important.”