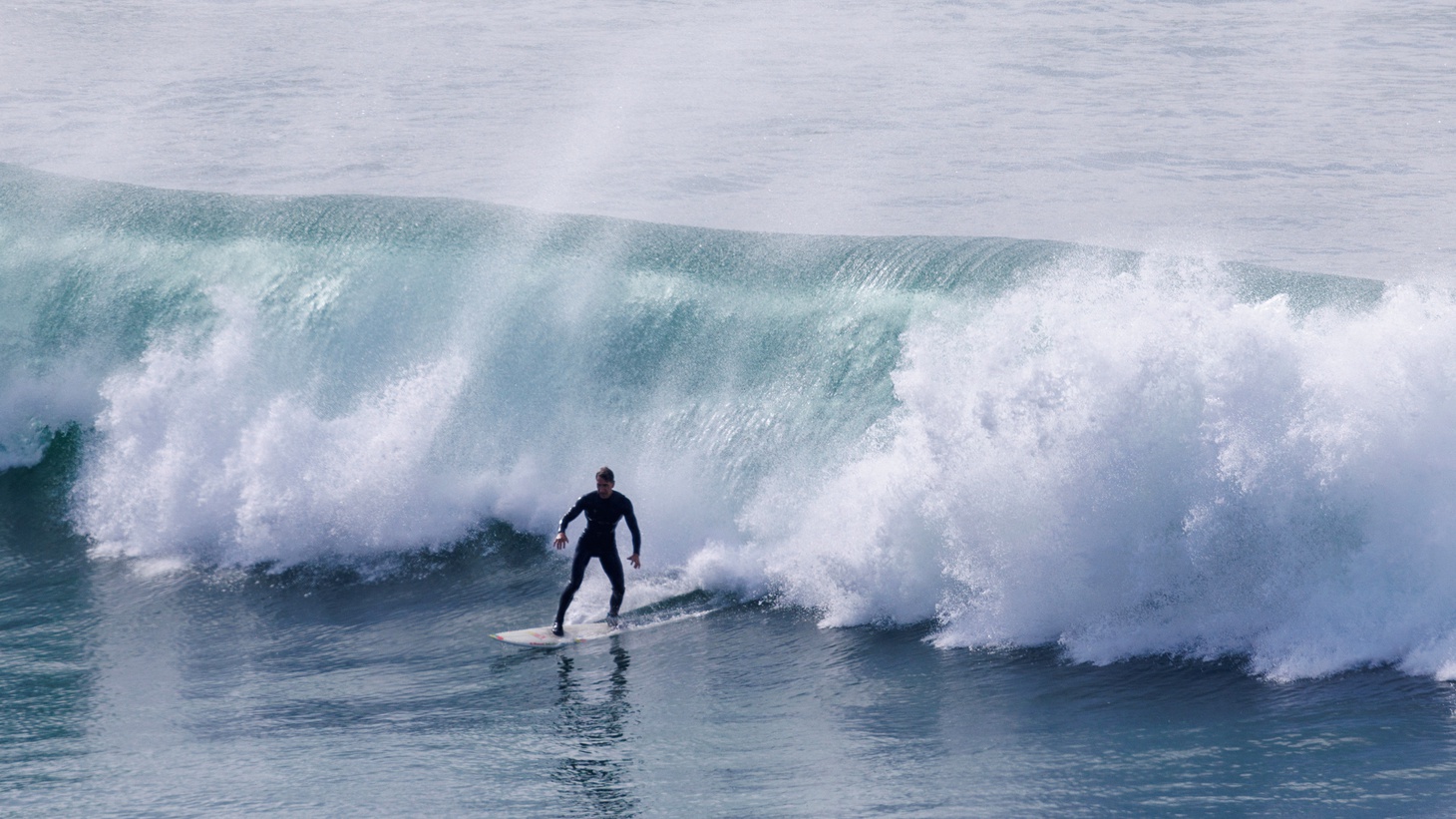 A surfer takes advantage of large surf caused by winter storms as he rides a wave breaking on Swami’s Reef at Swami’s Beach in Encinitas, California, U.S., January 9, 2023. Photo by REUTERS/Mike Blake.

The record storms that pummeled California have also been a boon to Southern California surfers, who have been riding massive waves the likes of which haven’t been seen in years.

“This is probably the best swell in the past 25 years,” says longtime surfer Mitt Seely at Topanga Beach. “We’re definitely spoiled right now because we’ve had almost a week of solid surf, and more than we normally get.”

According to Glen Walsh, who reports on the daily surf through his Instagram account, the waves have been reaching as high as 10-15 feet at Venice Beach, and even higher in other places.

“A lot of days, it was pretty unrideable,” says Walsh. “The best of the best should be out there. And a lot of them were with cameras, with crews, getting some incredible shots and video.”

Despite the enticing size of the waves, surfers have to reckon with the poor regional water quality after the heavy storms. As sewers become flooded, bacteria and contaminant-filled run-off reach the ocean. An ocean water quality advisory remains in effect until Thursday.

“Dude, I saw rats all over the beach after that really heavy rain on Saturday. Dead rats from Marina del Rey all the way to Santa Monica,” recounts Walsh. “It's been disgusting. People walk right over and paddle out.”

Walsh includes himself among the surfers willing to risk their health and safety from the dirty water and powerful surf conditions. The days of optimal surfing are running out for this year, and potentially for years to come.

“It’s never going to be like this again,” says surfer Mitt Seely, describing the emotional highs and lows of Southern California surfing right now. “And [then] the next day is good again, and you’re like, ‘Oh, it’s still good!’”

Mayor Karen Bass’s “Inside Safe” initiative has brought more than 100 unhoused people into shelters. But how fast will permanent housing materialize?

Hollywood diversity backslides in 2022 after some progress

Last year saw a decrease in women and underrepresented people behind the camera in Hollywood — following momentum from 2020’s #MeToo and #OscarsSoWhite.

The record storms that pummeled California were a boon to surfers, who have been riding massive waves that they haven’t seen in years.