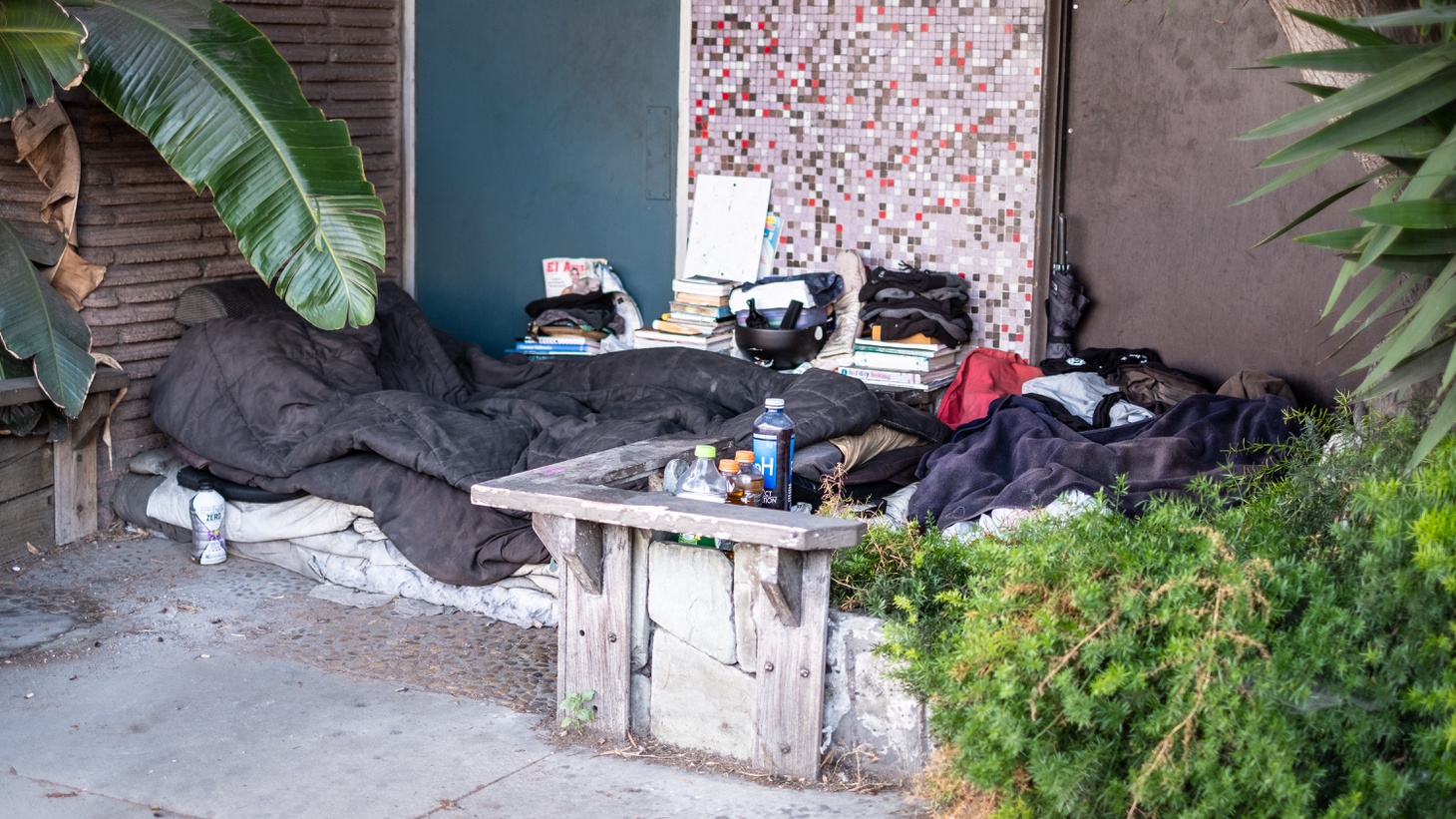 A unhoused person’s possessions are seen on Venice Blvd. in Culver City, CA. Governor Gavin Newsom says his “CARE Court” plan would help certain people get off the streets and obtain the mental health care they need. Photo by Amy Ta.

Governor Gavin Newsom says he has a plan to help people with severe mental health or addiction disorders get off the streets and get the care they need. “CARE Court” would allow court-ordered treatment plans for people who fit certain criteria.

“I think the most vexing and frustrating for all of us is: You see people out on the streets and sidewalks self-medicating with drug or alcohol addictions, that clearly are struggling with psychotic disorders or schizophrenia spectrum. And not only do they seem helpless, but society seems helpless in terms of addressing their needs,” Newsom told KQED a few months ago.

As the bill makes its way through the state legislature, however, opposition has grown from dozens of groups, including the ACLU and Disability Rights California. They worry about the lack of limits on court-mandated treatment plans, how this would help with the shortage of housing and treatment options for people who need both, and how this would avoid reinforcing systemic racial biases.

“Courts have not been fair, safe, or a place of care for Black and Brown people. When systems fail people, we compel the people to the very broken systems, rather than creating systems that meet the needs of all people in the least restrictive way possible,” said LA County resident Keris Myrick during a hearing on the bill in Sacramento a few weeks ago. She lives with a serious mental health disorder and works in the mental health field to help others.

The bill still must clear the State Senate and Assembly by August. As it currently stands, the rules would take effect on January 1, 2023, but a lot could happen within the coming months.