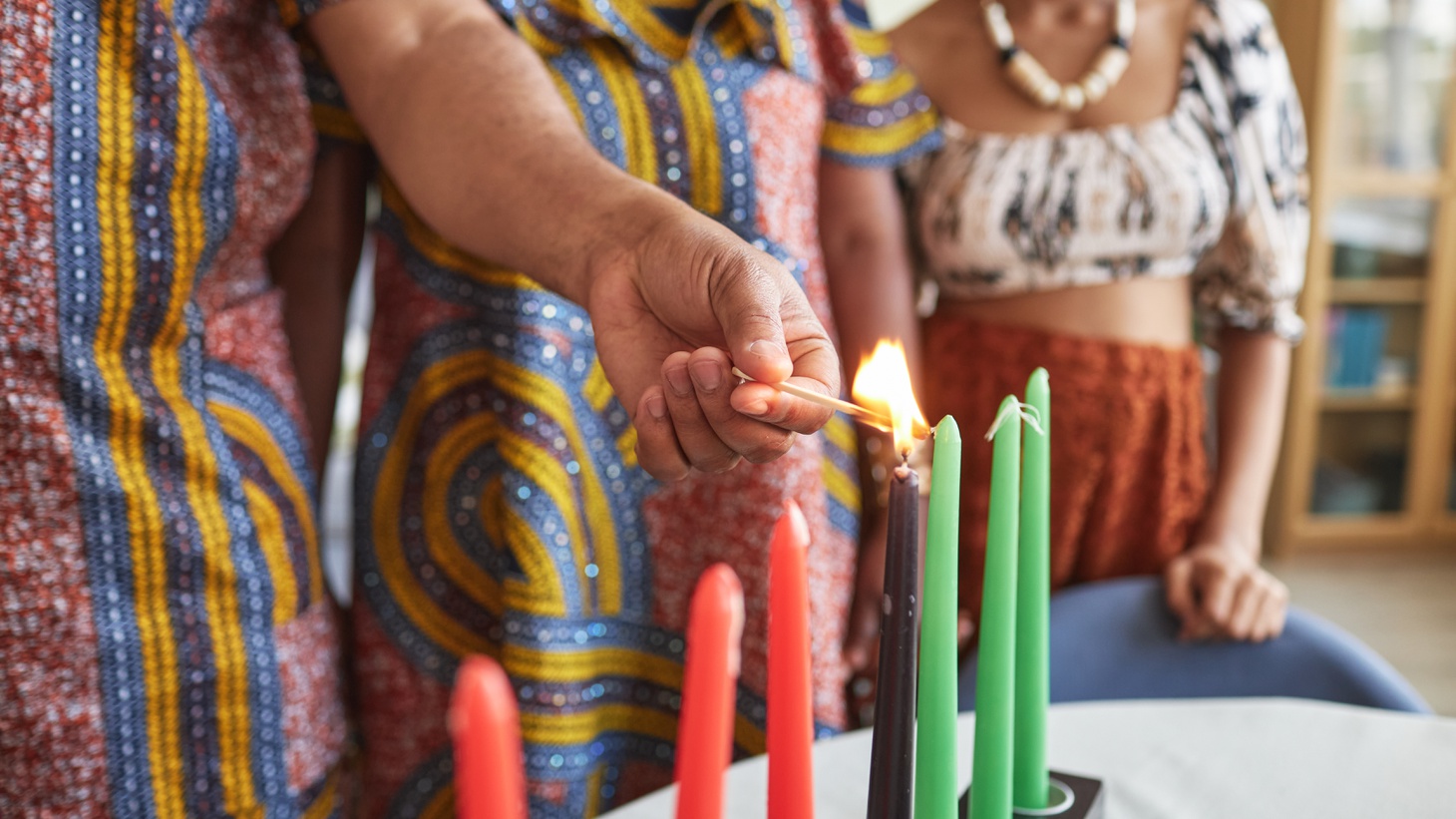 A family burns seven candles for Kwanzaa. Photo by Shutterstock.

Kwanzaa was created in 1966 to honor African American culture and heritage, and its founding has roots in South LA. Now, more than five decades later, KCRW explores the ways Kwanzaa is celebrated here, and increasingly, abroad. Music plays a big role in highlighting the growing African diaspora, as well as the seven principles laid out by the holiday’s founders.