LA Sparks: Success on the court, but little respect and attention This Sunday, the Los Angeles Sparks are playing their first game of the regular season against the Las Vegas Aces.

The LA Sparks was one of the founding teams of the Women’s National Basketball Association in 1997. Since then, the team has qualified for the league’s playoffs 18 times and has won three WNBA championships, most recently in 2016.

In the team’s 23-year history, legendary players such as Lisa Leslie, Tina Thompson, and Candace Parker have played for the Sparks.

Recently, during a break from a pre-season training session, player Alexis Jones said she was excited to be on such a storied team.

“We’re out here enjoying it, laughing, but also going hard at the same time,” said Jones,  who was traded from the Minnesota Lynx this year. “I want to be here, and am willing to learn and play hard and be part of the greatness that they already have.”

Despite the team’s success and history, the LA Sparks face challenges that have nothing to do with athletic ability.

The league still struggles for respect and attention. Even the best WNBA players get a fraction of the glory that (male) NBA players receive. Teams struggle to get coverage from sports media in their respective markets, which leads to soft attendance at games. 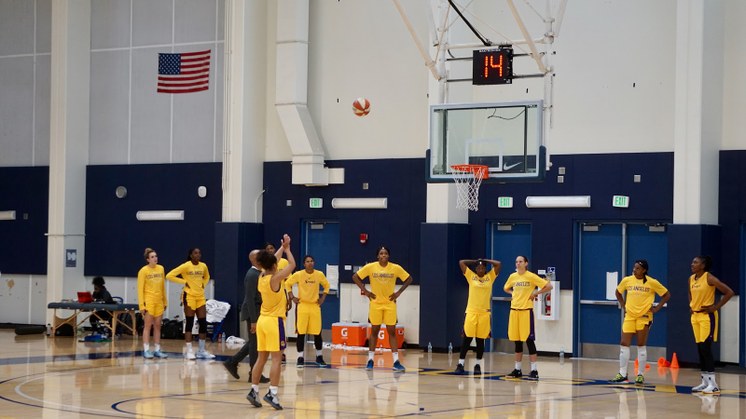 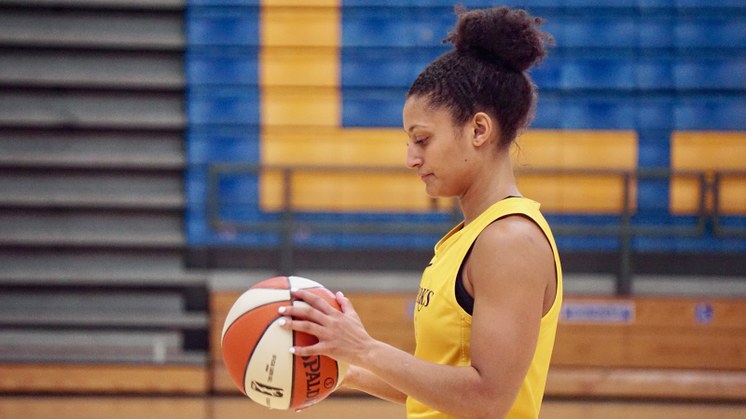 Then there’s the issue of pay.

WNBA players are increasingly speaking out about how little they earn compared to male players. The women earn a median salary of about $70,000. Meanwhile, NBA salaries start at well over half-a-million dollars a year, with many players earning tens of millions more.

Low salaries mean WNBA players have to play abroad in the off-season just to pay their bills. And unlike the men, few women in the WNBA are approached for lucrative corporate endorsement deals. This doesn’t bode well for gender equity and representation in American professional team sports. 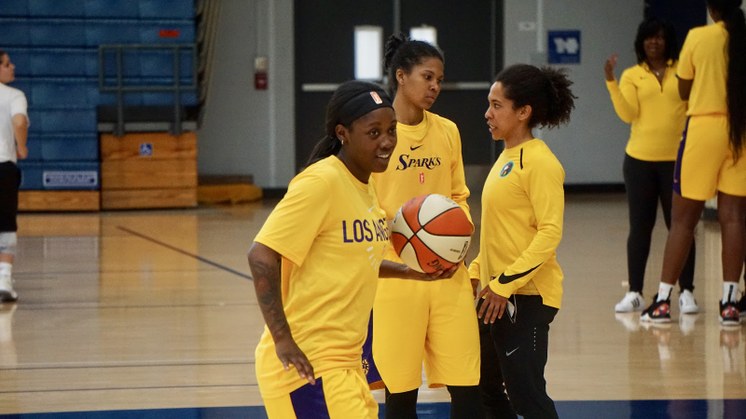 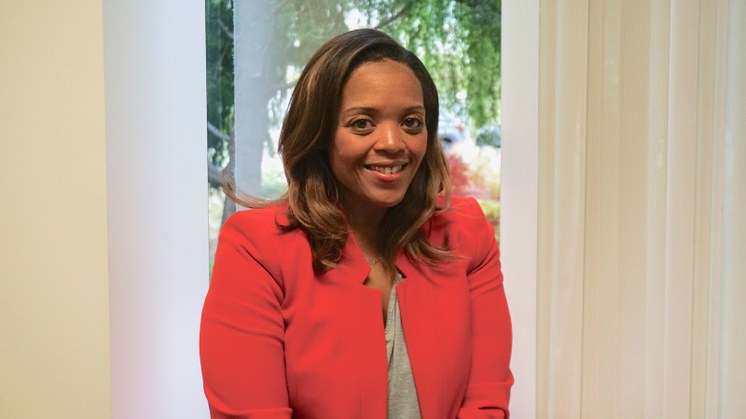 Sparks’ president, Danita Johnson, has spent her life on the business side of professional basketball for a variety of WNBA teams and the LA Clippers.

She says that even in a crowded sports market like Los Angeles, the Sparks and the WNBA deserve more recognition.

“We’re the only female basketball team in the state of California from a professional level,” Johnson says. “So when we start [talking] about our landscape and this market, we’re unique. There’s no one like us.”

As president of the Los Angeles Sparks, Danita Johnson’s confronts an environment where the quality of women’s basketball has never been higher, but media coverage and attention from possible corporate sponsors lags.

“So you hear women’s equality and women’s equality in sports, but it doesn’t matter unless you have equity. Where are the investment dollars to actually help us build and grow our businesses?”

LA Sparks: Success on the court, but little respect and attention

This Sunday, the Los Angeles Sparks are playing their first game of the regular season against the Las Vegas Aces.

Why are the Lakers performing so poorly, despite all their money and a new coach?

The LA Lakers are suffering all kinds of internal turmoil in addition to not having made the playoffs since 2013. It has all the advantages the Sparks lack: huge salaries,...

$53 million ‘Pacific Visions’ comes to the Aquarium of the Pacific

One of the biggest aquariums in the country is getting even bigger. The Aquarium of the Pacific in Long Beach has added a 29,000 square foot wing called Pacific Visions. It...