California’s democratic process got a makeover this year. The primary election moved up from June to March, and Los Angeles County’s most proactive voters cast their ballots last weekend.

This year, L.A. replaced the traditional polling place with revamped voting centers. There aren’t as many locations, but voters can go to any of them. They aren’t assigned to a single center.

These voting centers are open every day until Super Tuesday on March 3, 2020.

They first opened on February 22, but not without some technical difficulties.

“We came here, the gate was closed, we couldn’t get in,” said poll worker Romina Arvakhi, who was assigned to a voting center in Reseda.

After they got into the building, the system wouldn’t turn on.

“We had problems with the ballot marking device,” she said. “We had to wait for the troubleshooter.” 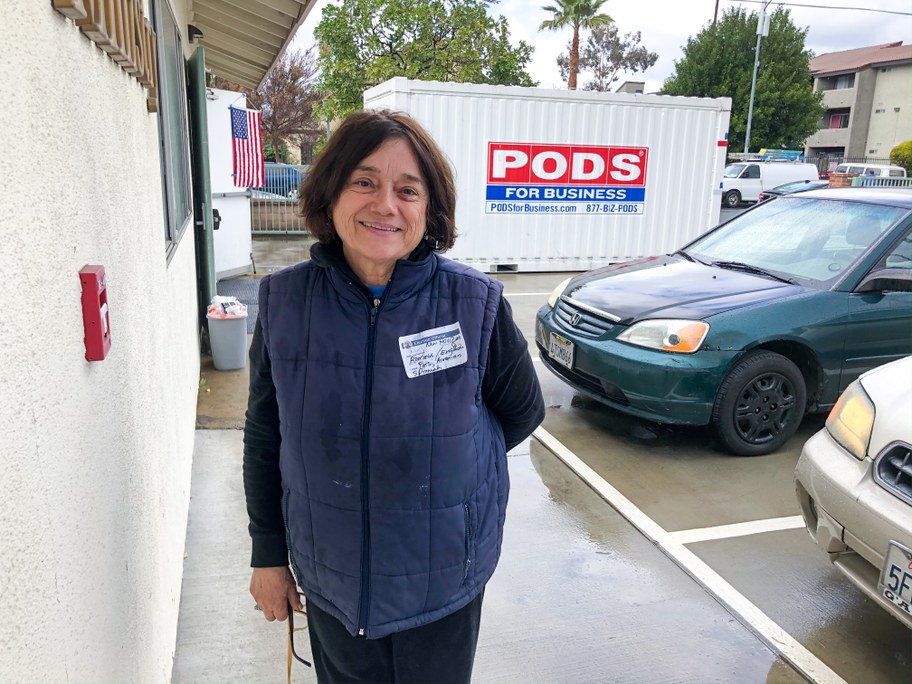 Romina Arvakhi said with 10 poll workers and only two to three2-3 voters per hour, the voting center felt overstaffed on Saturday. Photo by Caleigh Wells.

Voting centers across the county had technical issues with the voting machines that delayed start times.

The first voters couldn’t cast their ballots until an hour after the voting center was supposed to open.

Other voting centers were delayed from opening for hours, as workers had to fix the machines and troubleshoot logging into the program. Some centers didn’t open that day at all.

But once the new system was up and running, voters said they liked it.

“It’s touchscreen, there’s no chance involved, and it’s self-explanatory and it worked really well,” said Jason Henley, who voted at his church in Crenshaw.

Darrell Alston said the touchscreen process was familiar to him: “Everything is digital, almost like what I just dealt with at the DMV. It’s almost the same type of setup, which is actually more accessible, and it’s easier.” 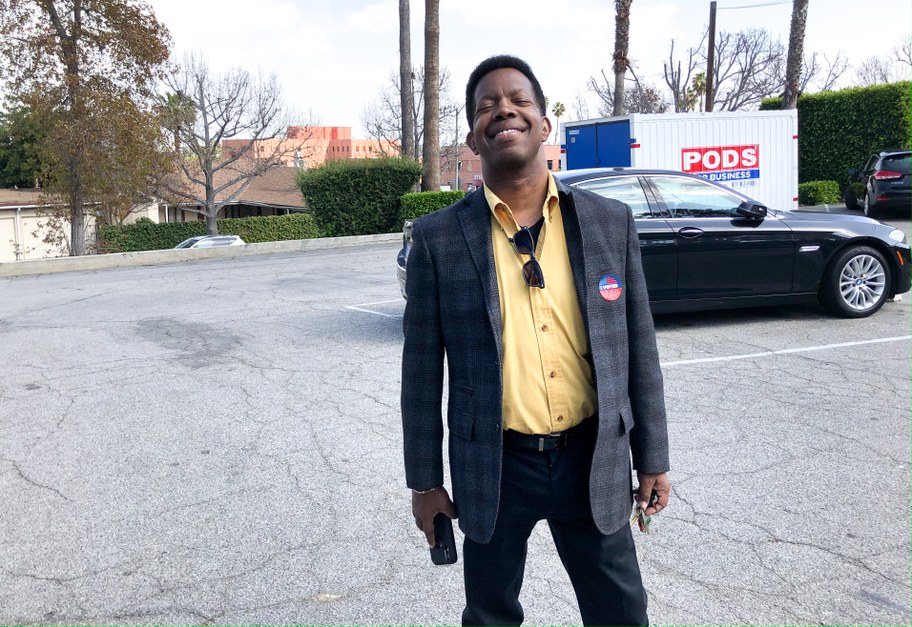 Darrell Alston didn’t mind the longer drive to his voting center at Crenshaw United Methodist Church. He walked in to vote after he finished attending a Sunday Service. Photo by Caleigh Wells.

The process itself is a little different, and that confused a lot of voters. Some poll workers estimate more than half of the voters at her voting center needed help.

Voters like Patty Grace Loeb said they appreciated having more time to vote, and getting California’s election results earlier in the campaign season: “I like that the length of the process is 11 days to be more inclusive. ...This part of the country, because of time zones and locations, information doesn’t get processed quickly..”

For Loeb, California’s old primary date in June meant that the state had little influence on who the presidential nominee would be. By June, Americans pretty much already knew who won the primary. So now that the date is moved up to March, “us on the west end of the United States get to get heard,” she says. 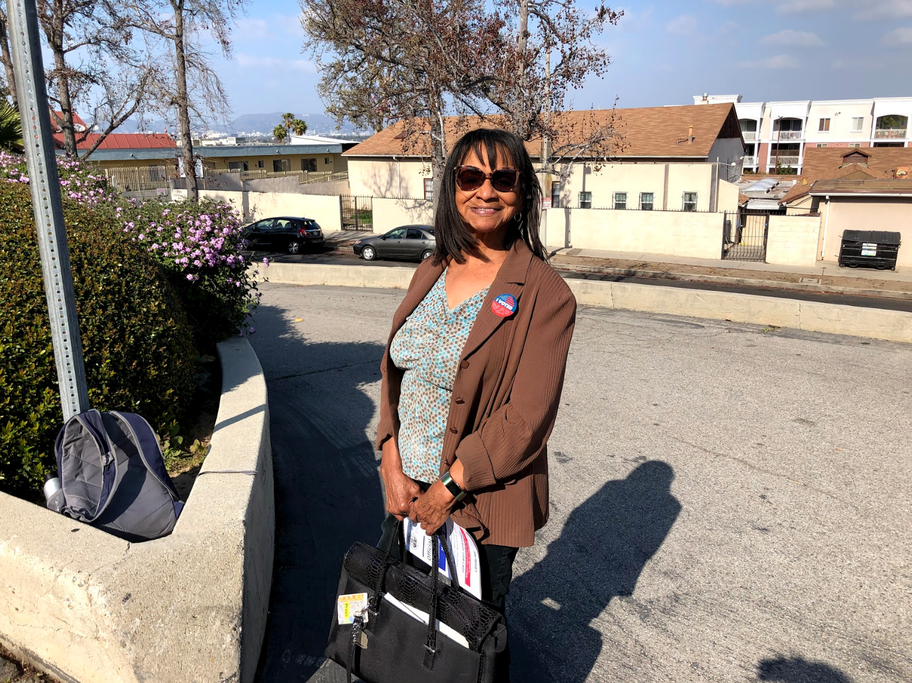 Los Angeles County is required to have one voting center for every 30,000 residents. Right now, there are 232 voting centers that will stay open through March 3. But starting Saturday, that requirement jumps down to one center for every 7,500 people. So nearly 1000 centers will be open on February 29.

As for mail-in voters, the process is roughly the same. But starting this year, there’s a new law that requires California to offer a ballot tracking service. Los Angeles, Orange, Riverside, Kern and Ventura all participate in the service. Once you sign up, the service sends new notifications when the ballot is picked up by the mail carrier, once it gets to the county office, and once the county office counts the ballot.

Mail-in voters also have until February 25 to request a mail-in ballot.

This year, L.A. replaced the traditional polling place with revamped voting centers. There aren’t as many locations, but voters can go to any of them. They aren’t assigned...

At a recent citizenship ceremony at the LA Convention Center, 5,000 people from all over the world became new citizens. That means 5,000 new potential voters.

Starting this week, immigrants who rely on public benefits -- like Medicare, food stamps or public housing -- could be denied a path to permanent residency and ultimately...

The LA Department of Transportation (LADOT) has ordered a fleet of 155 new electric buses. It’s the largest single order of them ever made in the nation.