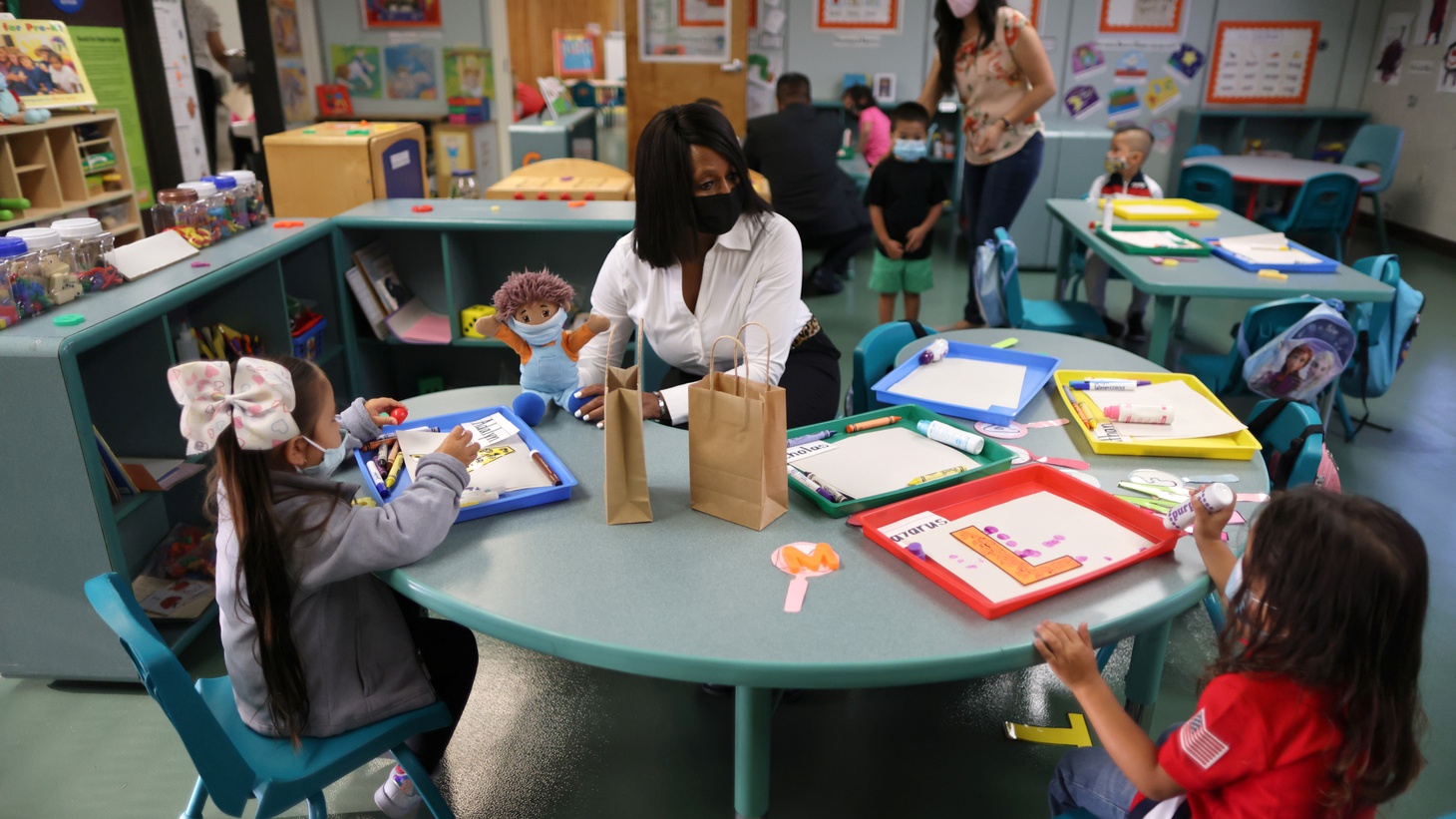 About half of LAUSD students are not meeting grade-level goals in math and reading, enrollment has dropped nearly 6%, and the growing academic gap between Black/Latino students and white/Asian students has gotten worse during the pandemic. That’s all according to a recent analysis from the LA Times.

It all means LAUSD’s new superintendent, Alberto Carvalho, has his work cut out for him. Originally from Portugal, he came to the U.S. at age 17, graduated from Barry University in Miami, then taught science and math at a high school in the same city. Four years later, he became assistant principal. After working within the bureaucracy of the Miami-Dade school district, he became its superintendent in 2008. On his watch, graduation rates rose from 69% his first year to 95% a decade later.

The new superintendent recently shared a 100-day plan to tackle some of the district’s challenges.

Getting students back on track

Pivoting to online learning left many students behind, especially those in poverty, learning English, and/or living with disabilities, says Supt. Carvalho. “Their condition has actually worsened significantly in terms of numeracy, literacy proficiency, in terms of their own social and emotional well-being.”

To recover, Carvalho says he’s looking to expand the school year, reduce class sizes for the most affected students, increase the frequency and quality of summer school, add professional development systems for teachers, create a parent academy to help parents support their own children's learning at school and at home, launch new opportunities for early learning, and “explode choice.”

“There are some great options for parents and students right here in Los Angeles. But the guarantee that there is equitable access to every single student in every single zip code … is not existent. So during the next weeks and months, we will be exploring means by which we explode choice in LA.”

That process will require input from parents, which Carvalho says is part of his 100-day plan.

LAUSD estimates that enrollment in the next few years will dip below 400,000 for the first time in decades. Attendance largely drives funding for schools. Carvalho says the trend is of “significant concern,” but it’s not an imminent threat because of the American Recovery Act, the Elementary and Secondary School Emergency Relief, and the state budget.

That funding will end in two years, but Carvalho says he’s already preparing for that.

“I know how to do this. I was superintendent in Miami during the Great Recession of 2008-2009 when we had to reduce the budget by $2 billion. We were able to do it without impacting programs or putting teachers on the street. That is going to be the theory of action that we're going to embrace here in Los Angeles.” 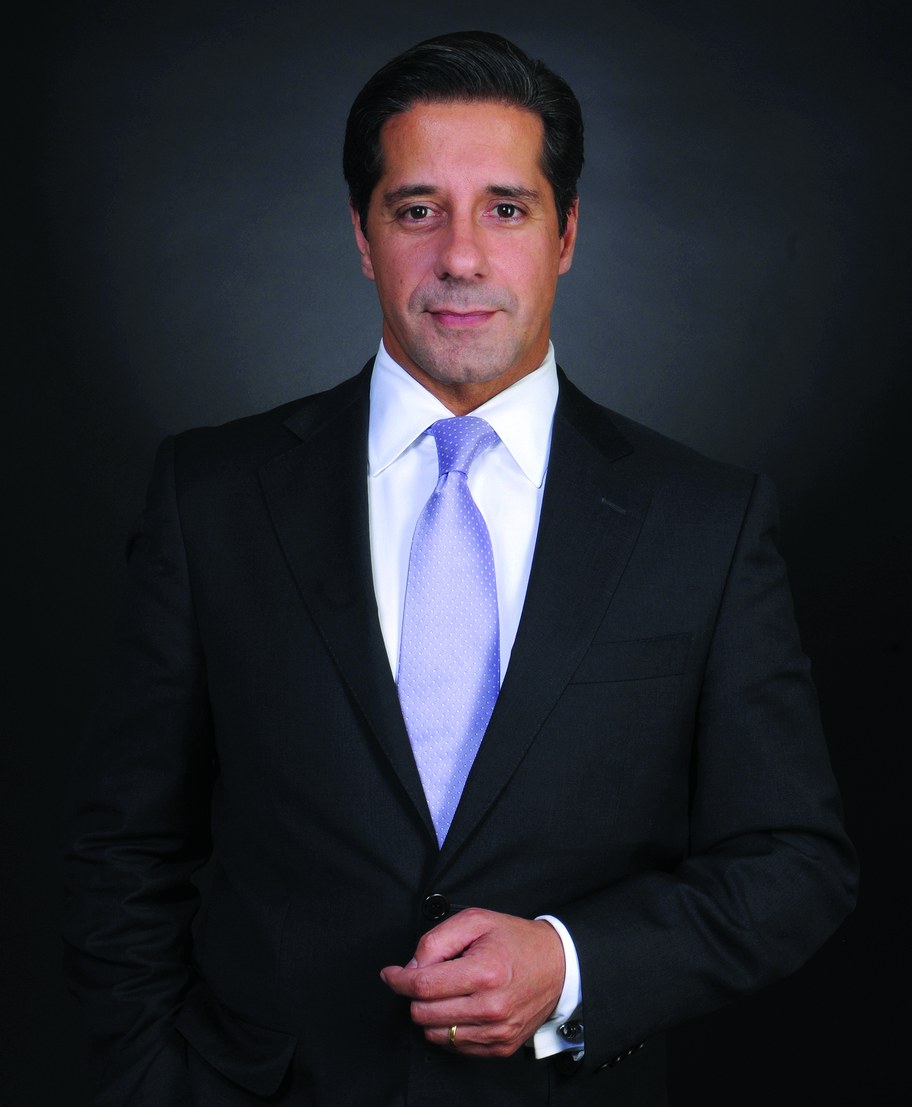 “We need to do more and better as a community in terms of addressing the precursors to the achievement gaps that are so prevalent here and across the country,” says LAUSD Superintendent Alberto Carvalho. Photo courtesy of the Office of the Superintendent.

“Choice” has been a controversial word in education. The new superintendent explains what he means when he says “exploding choice” — “I'm talking about additional magnet programs, additional expansion of single-gender schools, additional career academies, additional thematic instruction provided by the school system.”

He goes on to say that “there are some high-quality educational opportunity deserts in Los Angeles, meaning there are no exciting, motivating, relevant, and rigorous offerings in certain areas of our community. So of course, if a charter school comes in, parents are going to be drawn to them. Well, why not reinvent this school system through high-demand, high-quality educational options that parents want and students need? We have some schools with thousands of students on a waitlist, why not replicate and amplify those experiences in Los Angeles?”

Carvalho explains why providing greater choice is necessary: “We are living in a highly competitive educational environment where in some instances, for-profit entities want to dominate the marketplace of education. The way to combat that is to … launch your own programs to create excitement about publicly offered opportunities for students.”

Carvalho says when people get fixated on academic gaps between students of different backgrounds and incomes, they lose track of serious social gaps, such as access to early childhood education and healthy food, exposure to the arts, and having a secure home environment.

“You put all those elements together, and it becomes so difficult for a child who enters kindergarten or first grade to succeed right off the bat. … I want to meet them at their place of birth, providing parents with a care package.”

He emphasizes that greater community collaboration is needed too. “When we talk about 9,000 homeless kids in one of the wealthiest cities in the world — unacceptable. So that's the part of the gap that cannot be addressed singularly by teachers, principals, school board members, and superintendents. We need to do more and better as a community in terms of addressing the precursors to the achievement gaps.”

LAUSD has stopped requiring masks outdoors but continues to require them indoors. Many parents are wondering when that rule will end.

Grades and enrollment are down at LAUSD. Supt. Alberto Carvalho explains his 100-day plan

Needle exchanges are an important part of heroin addiction treatment interventions in the majority of California counties. But Orange County just shut down their last one.