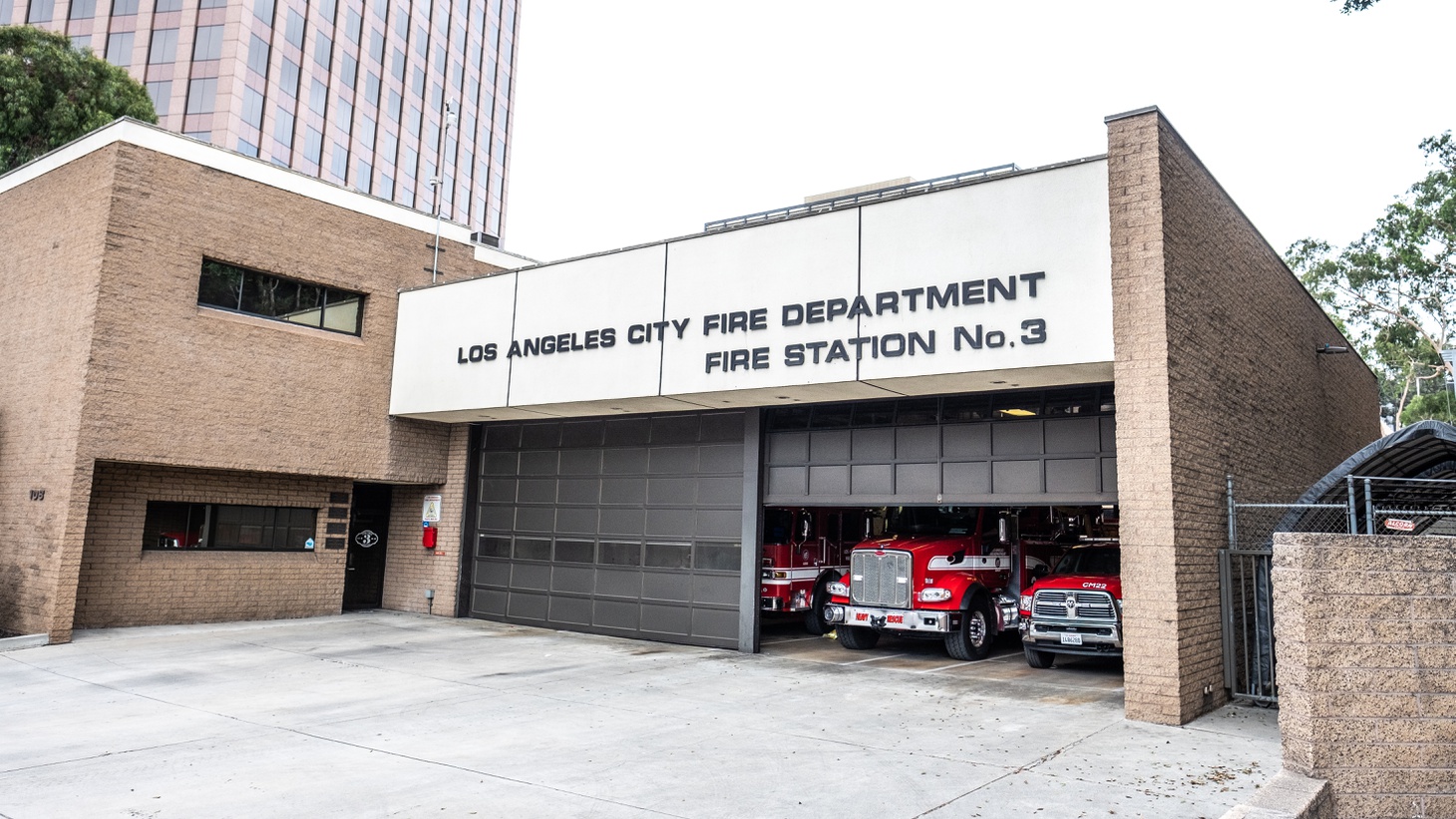 A Los Angeles Fire Department station is seen in downtown LA. If confirmed by the City Council, Kristin Crowley will be the 19th fire chief and the first woman to ever lead the LAFD. Photo by Amy Ta.

Crowley has risen through the ranks of the LA Fire Department for more than 20 years, from firefighter paramedic to fire marshal to her current role as deputy chief.

“As a fire chief, I vow to create and support and promote a culture that truly values diversity, inclusion, and equity within the entire organization,” she said at a recent press conference.

But that vow is easier said than done. The LAFD has been criticized for perpetuating a toxic workplace culture that leaves women (who make up less than 4% of the department) and minority firefighters feeling bullied and mistreated.

“Those allegations and accusations from women and other stakeholder groups within our department, that makes my heart break, hearing that,” she says. “Harassment, hazing, discrimination will not be tolerated under my command.” (Terrazas has made similar zero-tolerance promises).

“I was able to address that person at a very low level and handle it, make sure I clearly articulated that I didn't appreciate what happened and it’s not going to happen again,” she says. “Usually that's where it stopped, but obviously I'm not going to marginalize potential issues that are happening across our department.” 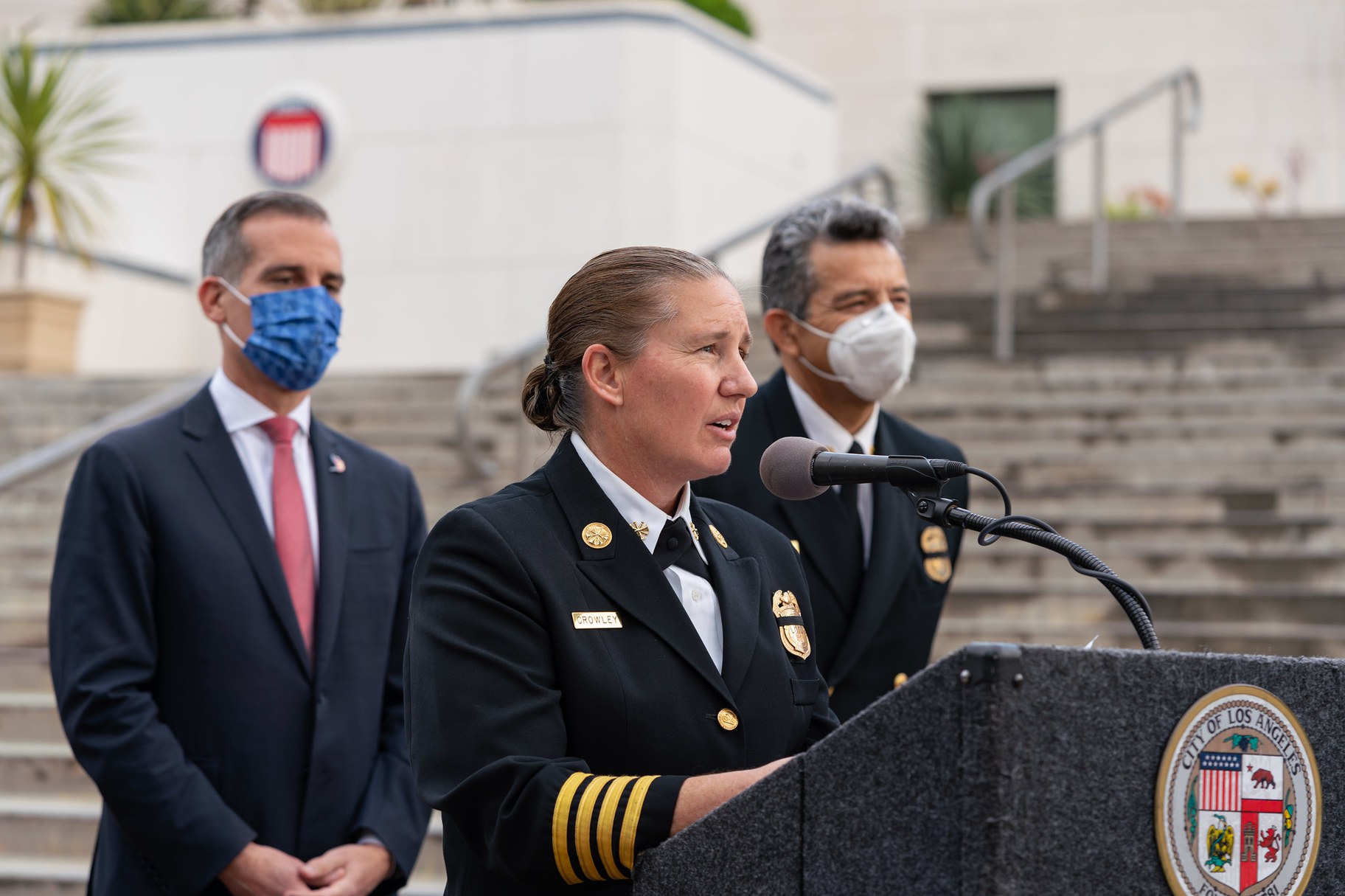 Crowley is also concerned about how the city’s COVID-19 vaccine mandate could impact the LAFD’s staffing. Five hundred Los Angeles firefighters filed a lawsuit in September against the city over its vaccine requirement. LA Times columnist Steve Lopez recently suggested replacing those who quit or are fired due to the mandate with medical personnel rather than fire personnel. Crowley, who was a paramedic before joining the LAFD, didn’t shoot down the idea, agreeing that 85% of the calls her department responds to are medical emergencies.

“Ultimately, what it comes down to is how do we better serve the community,” she says. “So whether or not we're looking at bringing in more paramedics, whether or not we look at what is the best model for the LAFD moving forward to be able to staff rigs that are most appropriate to meet that particular acuity and level of that call. We're entertaining a lot of things.”

Long-term care facilities have made COVID testing requirements stricter just as tests have become harder to find. Now visitors can hardly get inside.

LA Fire Department Deputy Chief Kristin Crowley has been tapped to become the next fire chief, which would make her the first woman to ever lead the LAFD.

A proposed bill would change when OC residents vote for the Board of Education, from the primary to the general election. Critics say the change is partisan and would create...