In early April, as news reports started focusing on a growing measles outbreak in the United States, a group of anti-vaccination activists, or “anti-vaxxers,” gathered to protest outside a synagogue in Beverly Hills.

Inside, local Democratic congressman Adam Schiff addressed a crowd of supporters about other issues. But the three dozen anti-vaxxers on the street were angry at Schiff for writing a letter to big social media companies, like Facebook, YouTube and Instagram about technology and public health.

In the letter, Schiff expressed his concern that the companies weren’t doing enough to combat the spread of inaccurate information about the dangers of vaccinating children, like the debunked study claiming that vaccinations cause autism.

After giving speeches from the flatbed of a parked truck about what they felt were the dangers posed by vaccinations, the demonstrators shouted repeatedly in unison, “Congressman Schiff, we will not be censored!”

Jesus Arizaga came to the demonstration with his wife and 11-year-old son. Arizaga hasn’t allowed his son to get a single vaccination and stands by his decision, saying his child has stayed in good health thanks to the family’s healthy lifestyle, including veganism.

Although California eliminated the personal belief exemptions for families who don’t want to vaccinate their children in 2015, it still allows medical exemptions from doctors, which Arizaga’s son has received.

“If my son is unvaccinated, and other kids are vaccinated, what is the problem?” They are protected.”

Doctors would say his son is at a higher risk of contracting a highly contagious disease, like measles, and passing it on to other people, but Arizaga doesn’t believe the scientific literature.

Physicians also say high vaccinations rates  are needed in the general population to promote what public health officials call “herd immunity.” Every person who doesn’t receive a vaccination, say doctors, gives a communicable disease an opportunity to spread to the wider population.

Even if the healthy person doesn’t get sick, he or she could infect others and make them ill. People with immunodeficiency disorders are particularly at risk of death because they often can’t be vaccinated.

Arizaga says he simply doesn’t believe these medical conclusions. He also rejects the mountain of evidence showing that vaccinations are safe except in rare occasions.

Arizaga is steadfast in his belief that his son is at greater risk if he’s gets vaccinated than not.

“I haven’t seen any real evidence to make me change my mind enough to risk my son’s health. He’s my only son.”

Doctors and public health officials blame social media for increasing the amount of scientifically dubious information about vaccinations available to people. They also blame the internet for ginning up some parents’ fears about inoculating their children.

UCLA professor and pediatrician Alice Kuo says she hears it all the time as she talks to new parents in her practice in Santa Monica and Redondo Beach.

“There's always been vaccine skeptics ever since vaccines have been on the scene,” said Kuo. “But social media has given that very very small minority a large megaphone to promote their message, and I think it's caused a lot of confusion amongst parents.” 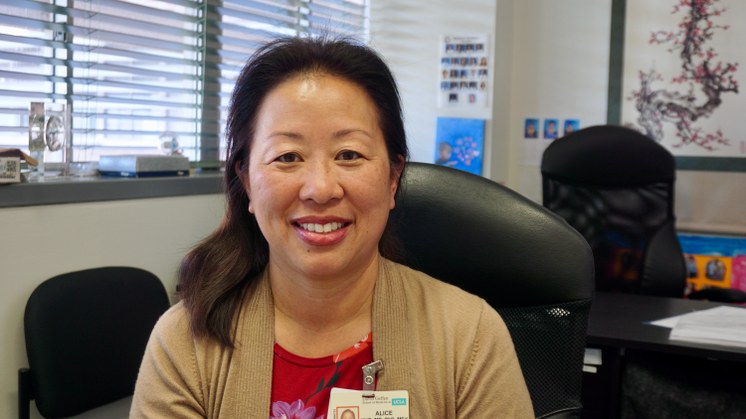 Like with so many other issues, social media has also sparked sinister vaccination-related conspiracy theories. At the protest in Beverly Hills, one woman said she had read about plans to create internment camps for people who hadn’t been vaccinated.

Some also said the threat posed by diseases had been exaggerated by the pharmaceutical industry and that it would be better to return to a world where vaccinations didn’t exist.

The Centers for Disease Control reports more than 700 cases this year, a 21st Century record in the United States. More than 500 people who’ve contracted the virus weren’t vaccinated against measles.

Meet the anti-vaxxers near you

In early April, as news reports started focusing on a growing measles outbreak in the United States, a group of anti-vaccination activists, or “anti-vaxxers,” gathered to...

How to sway vaccine-hesitant parents

Since doctors and pediatricians are not likely to change the minds of staunch anti-vaxxers, medical professionals are turning their attention to those who are fearful of...

Mayor Eric Garcetti is out with his version of a Green New Deal, but LA’s air quality is getting worse and critics say the mayor’s plans are too slow.