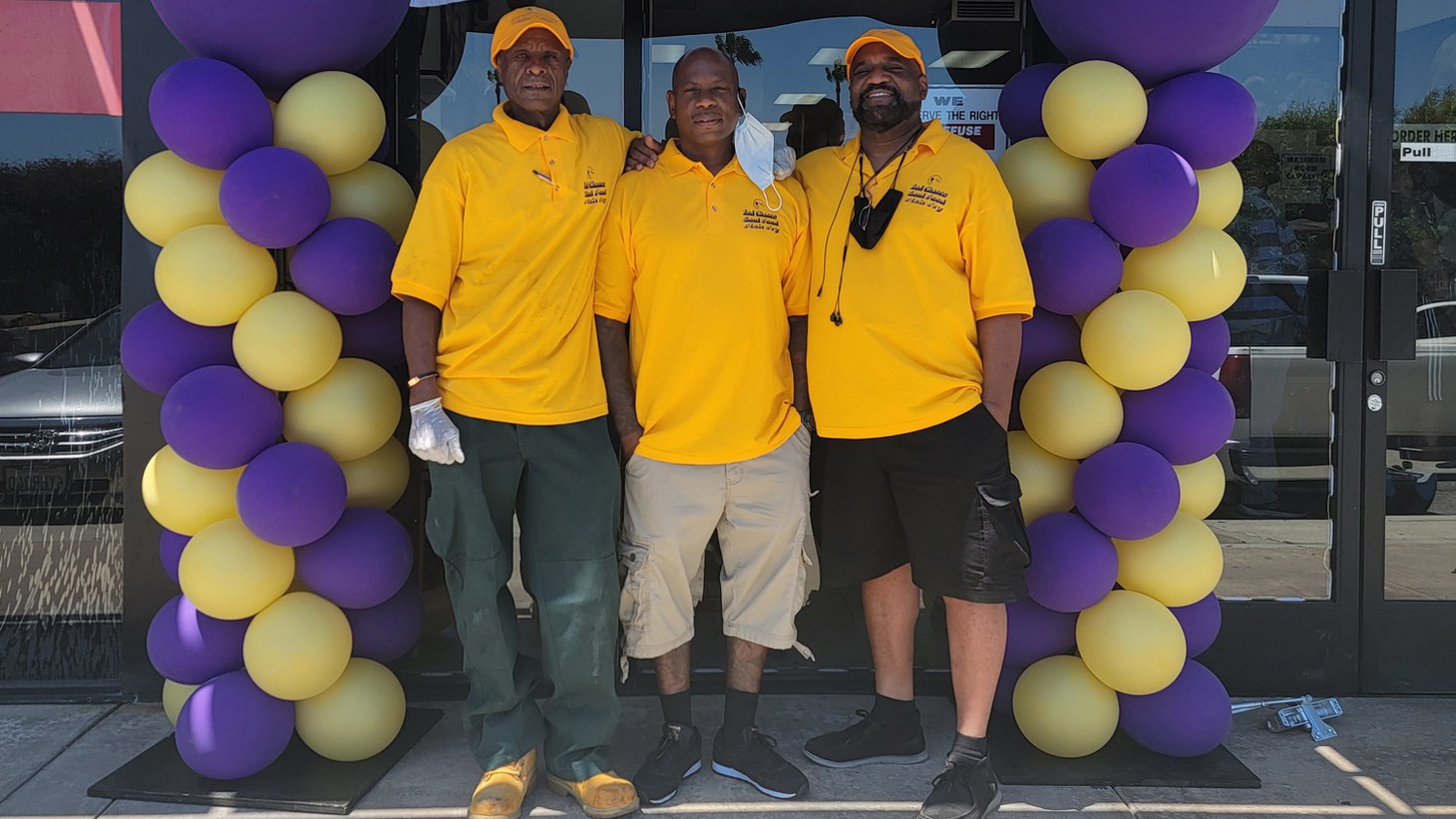 On the corner of Centinela and Inglewood Avenue is a casual restaurant offering soul food and second chances to men and women who are returning to society after years in prison.

“It's really hard for them to find employment,” says Ray Ford, co-founder of 2nd Chance Soul Food Fish Fry. “We don't care about their background, we don't care about them being incarcerated, being on parole, any of that, because we just want these guys and these girls to be able to get out of prison and not recidivate and return back to prison.”

The restaurant currently employs six people, four of whom are former inmates. But before they even start working in the restaurant, Ford and his wife offer them up to a year of transitional housing through a contract with the state.

“If you get a minimum-wage job and you save $1,000 a month, after that year, you got $12,000 in the bank, you got enough money to get you an apartment and to transition successfully,” says Ford.

The formerly incarcerated men and women add to the uniqueness of the environment, says Ford. “You come in, you feel at home… the guys and girls working there… they're sweet, and they appreciate what's being done for them.”

Ford took inspiration from his own life. He, along with most of friends, were once incarcerated. Now approaching 64, Ford believes he’s better suited to lead the recently paroled because he shares that common experience of incarceration. Ford says he gets something in return too.

“It just feels good. And so that's what we have dedicated our lives to doing.”