It’s been a busy week at the International Bird Rescue in San Pedro.

The entry room is loud with screeching as birds that have been injured by the oil spill off the coast of Huntington Beach.

“One of the things we actually look for in the wellness of a bird is what we call bright, responsive screeching. [They’re] fighting, trying to get away from us. We want that behavior,” says International Bird Rescue CEO JD Bergeron. “They are wild animals. They should never be comfortable with us.”

Crude oil in the ocean isn’t good news for anybody, but it’s especially problematic for birds. If too much gets on them, they can’t survive in the cold Pacific Ocean for very long.

“If you think about going out into cold ocean water yourself and you have maybe a wet suit or a dry suit even, you know that keeps you nice and warm. Surfers use these technologies all the time,” he says.

Now imagine the suit rips. The cold water can get in and slowly drop your body temperature.

“Oil on a bird’s feathers works exactly the same way. It creates an access point for cold water to touch the skin underneath. Once that happens, a bird is unable to thermoregulate, they become weakened, they can't fish or eat properly. And so they basically end up beaching themselves,” he says.

That’s why washing the bird is actually one of the last steps in the rescue process. Step one is making sure it’s strong enough to survive. The quieter birds likely need more time to be fed and hydrated before they’re washed. The stabilization process can take hours. Only once that’s finished do they get a wash in oil-cutting dish soap. 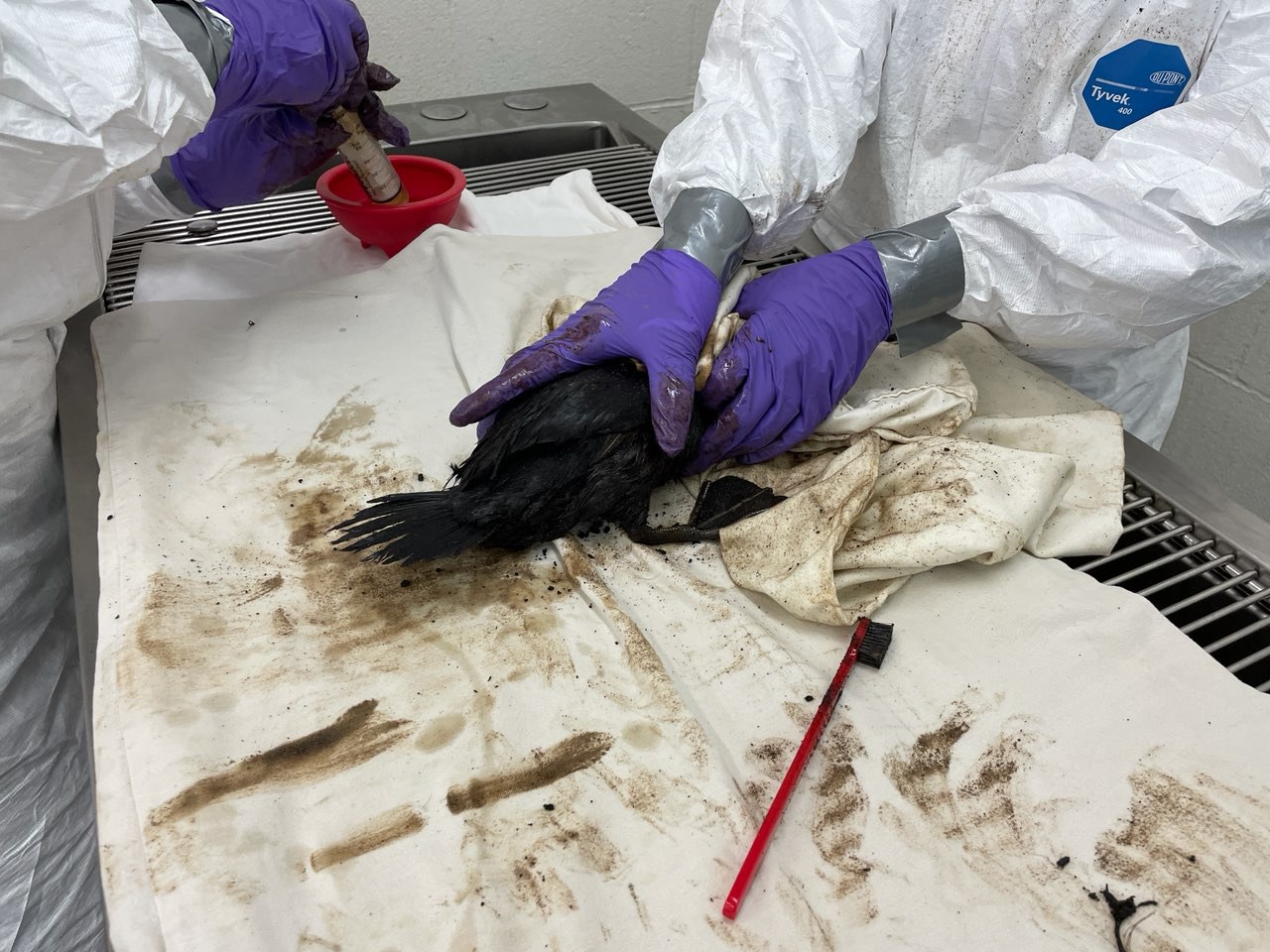 This Ruddy Duck arrived covered in oil from the spill in Huntington Beach this week. Photo courtesy of Oiled Wildlife Care Network. 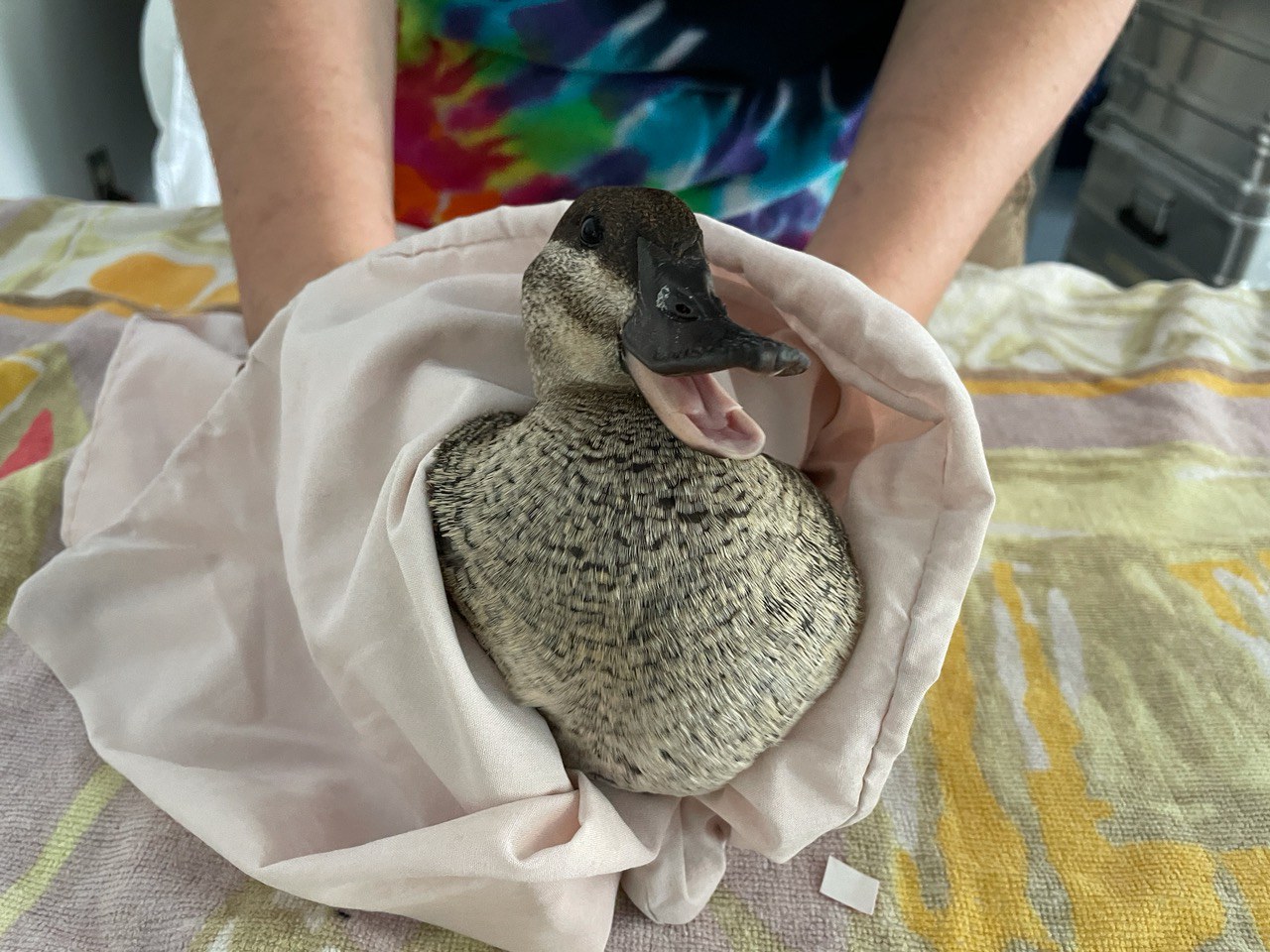 He explains that’s partly because October isn’t a popular time for birds to be here, but the numbers still seem very low. Ziccardi says he’s puzzled by it. Typically the intake rate for a spill like this would have peaked by now.

"That's one of the reasons why we still have a huge number of teams out there, combing the entire area trying to find any animals that might be at risk so we can give them care immediately,” he says.

As for finding the birds that are sick, Ziccardi says the best thing the public can do is leave the beach empty for the birds. 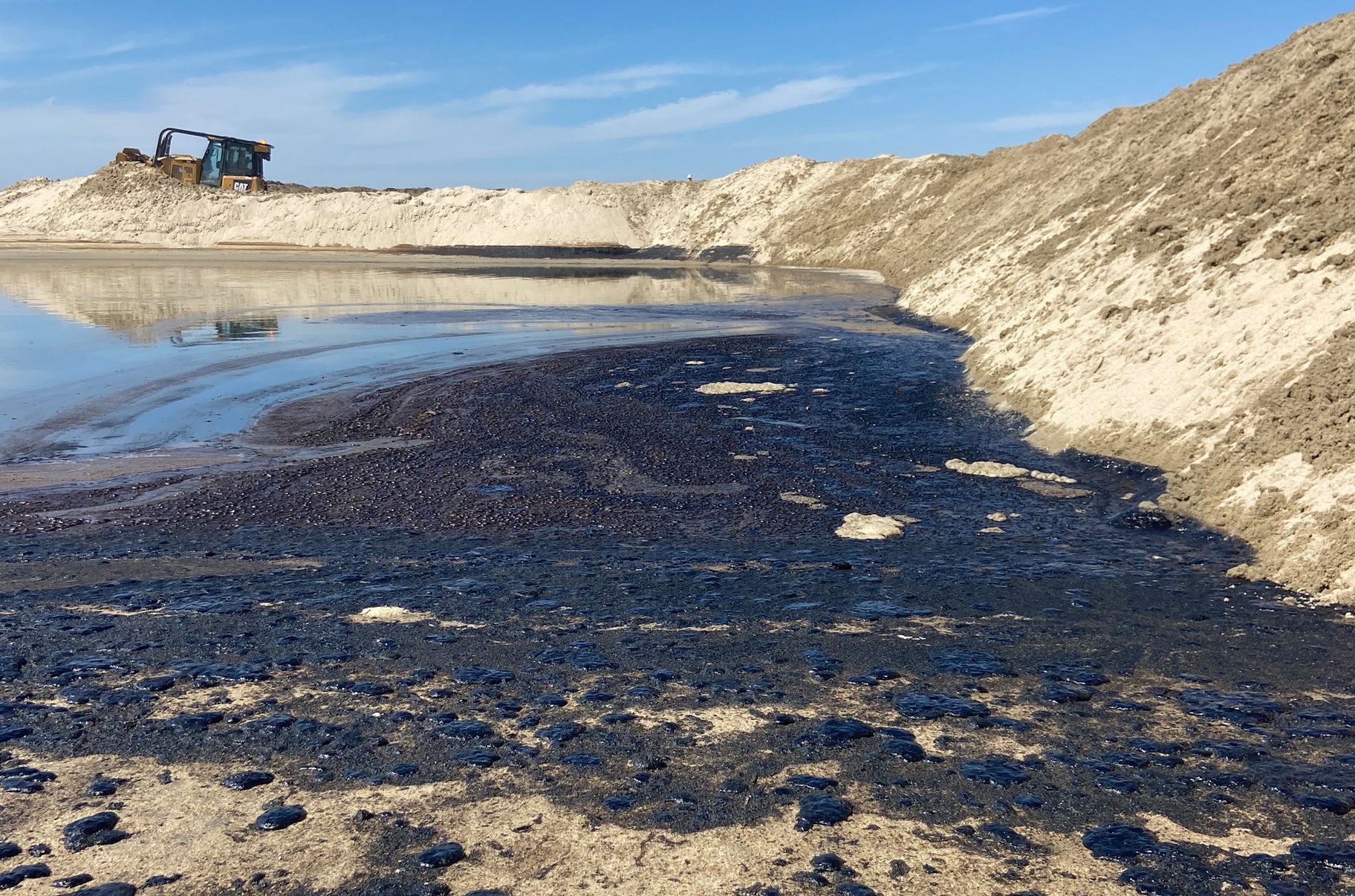 About a dozen birds have been recovered. In an oil spill of this size, that’s unusually small. Photo courtesy of Jax Richards.

“If they're approached incorrectly, they can go back into the water,” he says. “So if you think of a wild bird that has been struggling in the water, and finally comes ashore to stay alive, if they're chased back in the water, the likelihood of survival is going to decrease from there.”

And if you do find a bird, don’t handle it yourself. The International Bird Rescue has steps to keep it safe while professional help arrives.

Members of the public who are looking for ways to help can now sign up online to clean up the beach. The state of California started calling for volunteers this week.

The broken oil pipeline off the coast of Huntington Beach has spilled 144,000 gallons of oil. The environmental catastrophe has killed fish, contaminated wetlands, and left...