Guadalupe Valdovinos (left) and her mother Lourdes in their backyard in East Los Angeles. Their home is among hundreds that have been cleaned by the state due to elevated lead levels in the soil. However, Guadalupe Valdovinos still feels like she’s in danger. Photo by Benjamin Gottlieb.

Guadalupe Valdovinos is afraid to spend time outside her family home in East Los Angeles.

There is lead in the soil that surrounds the houses of this neighborhood, and while the state is cleaning them up, the process has taken years.

“I used to love being out here,” Valdovinos says, standing next to a pineapple plant growing in a black plastic pot in the backyard. Her mother, Lourdes, is an avid gardener but no longer plants the family’s food in the ground.

“But now I'm just scared, especially because I'm pregnant. … We're sandwiched in between this constant dust of risk.” 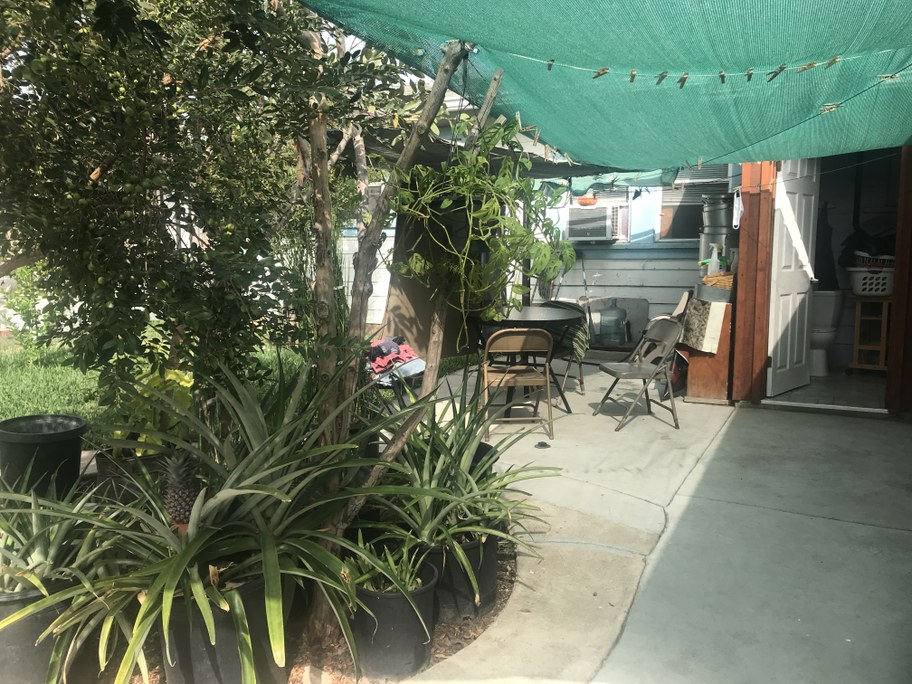 The Valdovinos’ home is full of plants, many of which are in plastic bins rather than the ground. Photo by Benjamin Gottlieb.

The Valdovinos family lives within a two-mile radius of a troublesome battery recycling plant owned by the company Exide. The plant has been closed for years. But it spewed lead, arsenic and other carcinogens known to cause serious health problems — such as increased risk of cancer, breathing diseases, and learning disabilities — into nearby communities for decades.

Improper permits from the state allowed the plant to operate despite concerns from residents.

“This is environmental racism and we are just collateral damage,” Valdovinos says. Her home has been cleaned, but she says she still feels at-risk.

“Some of our community members don't even have health care. So if they come across any lead poisoning, who's going to pay for that?”

The pollution, government culpability, and current cleanup efforts are well documented in court papers and public statements by LA officials. But things have become more complicated in recent weeks after a federal judge approved Exide’s bankruptcy plan, raising questions about how the state will pay for the continued cleanup of some 6,000 homes and properties.

“All along we had been expecting to pursue Exide for cost recovery,” says Meredith Williams, director of the California Department of Toxic Substances Control (DTSC). “These cleanups are expensive. … But right now, the state is on the hook for the cleanup.” 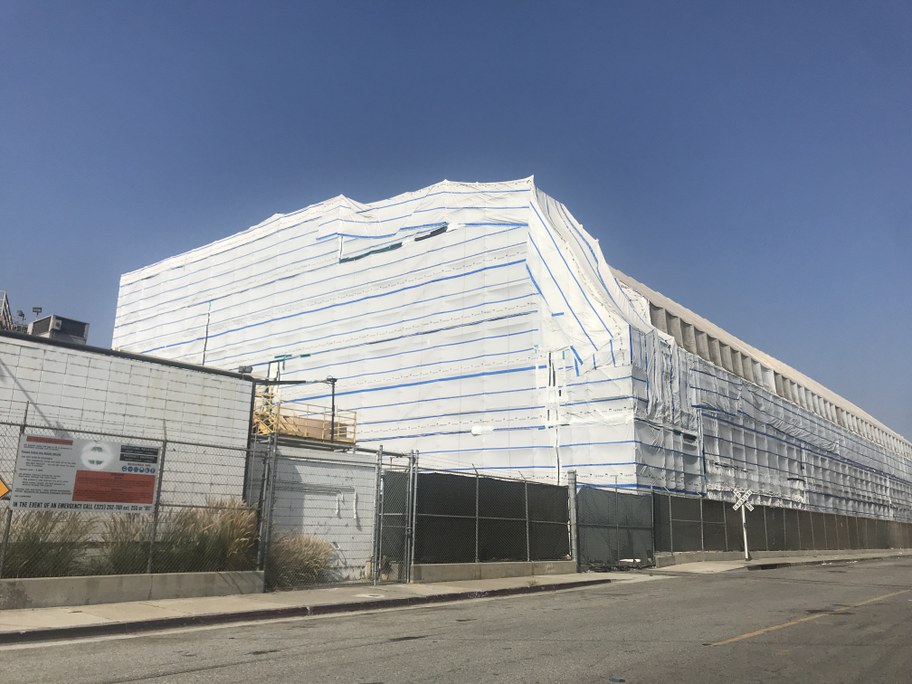 The Exide battery recycling plant in Vernon is encased in a protective tent. Photo by Benjamin Gottlieb.

Representatives for Exide did not respond to repeated requests for comment from KCRW. But the company has claimed in court filings that it is not responsible for lead contamination outside the confines of its plant in Vernon, which it took over about two decades ago. Instead the company says other sources are to blame, from lead paint on houses to other industrial facilities nearby.

Residents, however, just don’t buy it.

“My two cats died of cancer and I didn’t really know why,” says Lourdes Valdovinos in Spanish. “And then I got cancer herself. Kidney cancer, even though I don’t have any family history cancer.”

Now her cancer is back. She’s Stage IV.

“The anger is real and so is our pain,” Guadalupe Valdovinos says. “I [am] sharing this with you so you may know the impacts of pollution in my community.”