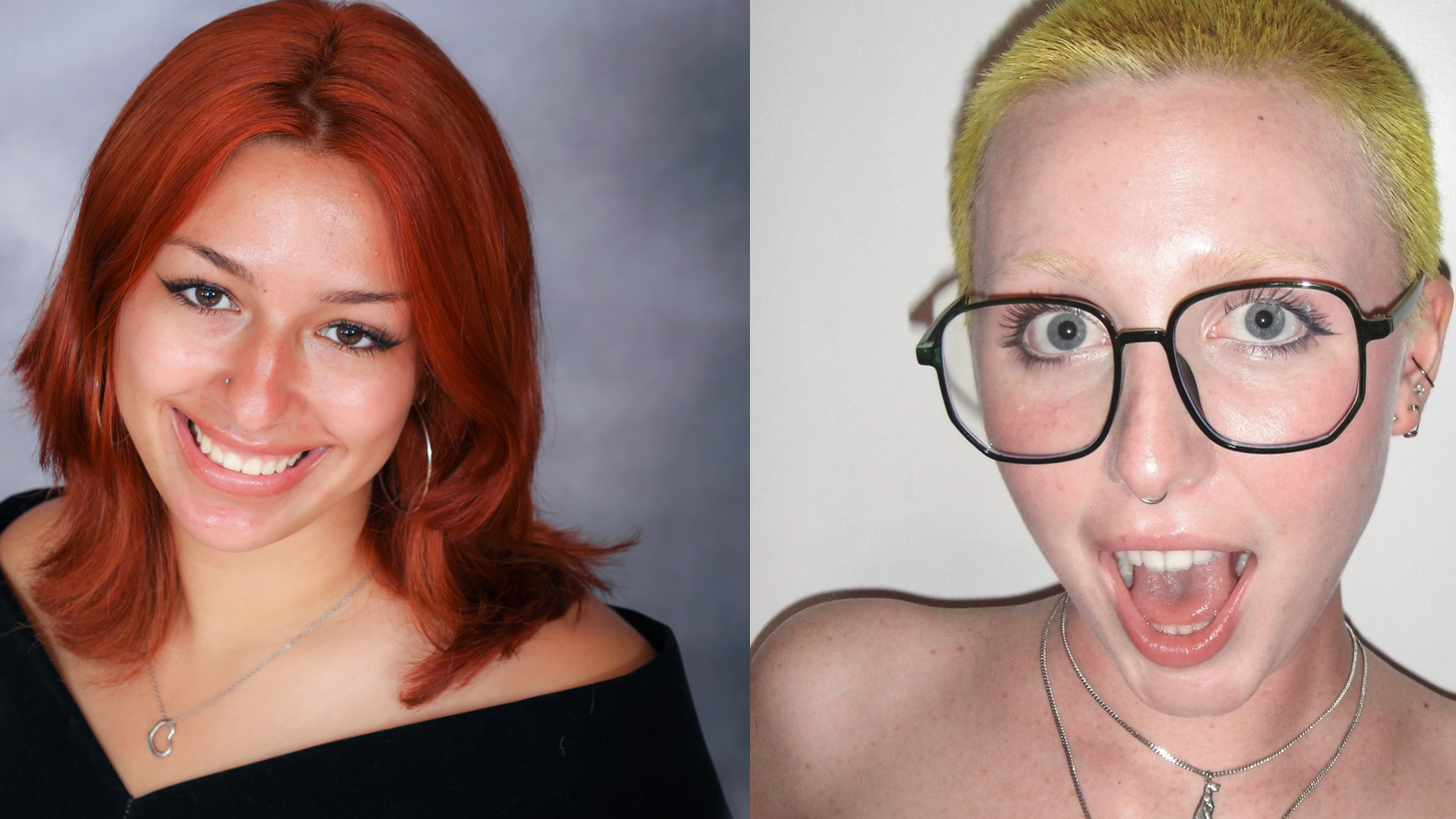 Cici Apitz’s photography offers a biting critique of our the U.S. food system, and Kaia King-Hall’s drawings are tools for communication, self-discovery, and reclaiming her power. Photo courtesy of Cecilia Apitz and Kaia King-Hall.

In Ceci Apitz’s photograph, a hand dips a spoon into a colorful bowl of Fruit Loops. A carton floats above, pouring milk eerily into the bowl as if by magic. All of this is shot in front of a mottled yellow background, a color that seems to sing, “don’t worry, be happy.” Yet Apitz’s photograph is not a peaceful ode to blissfully eating breakfast cereals while watching Saturday morning cartoons.

Her project in fact began with research into the American food system and the harmful chemicals that get added to our processed foods, many of which are outlawed in other countries. To artfully convey this complex issue, 18-year-old Apitz set about recreating common foods using only inorganic and inedible objects. 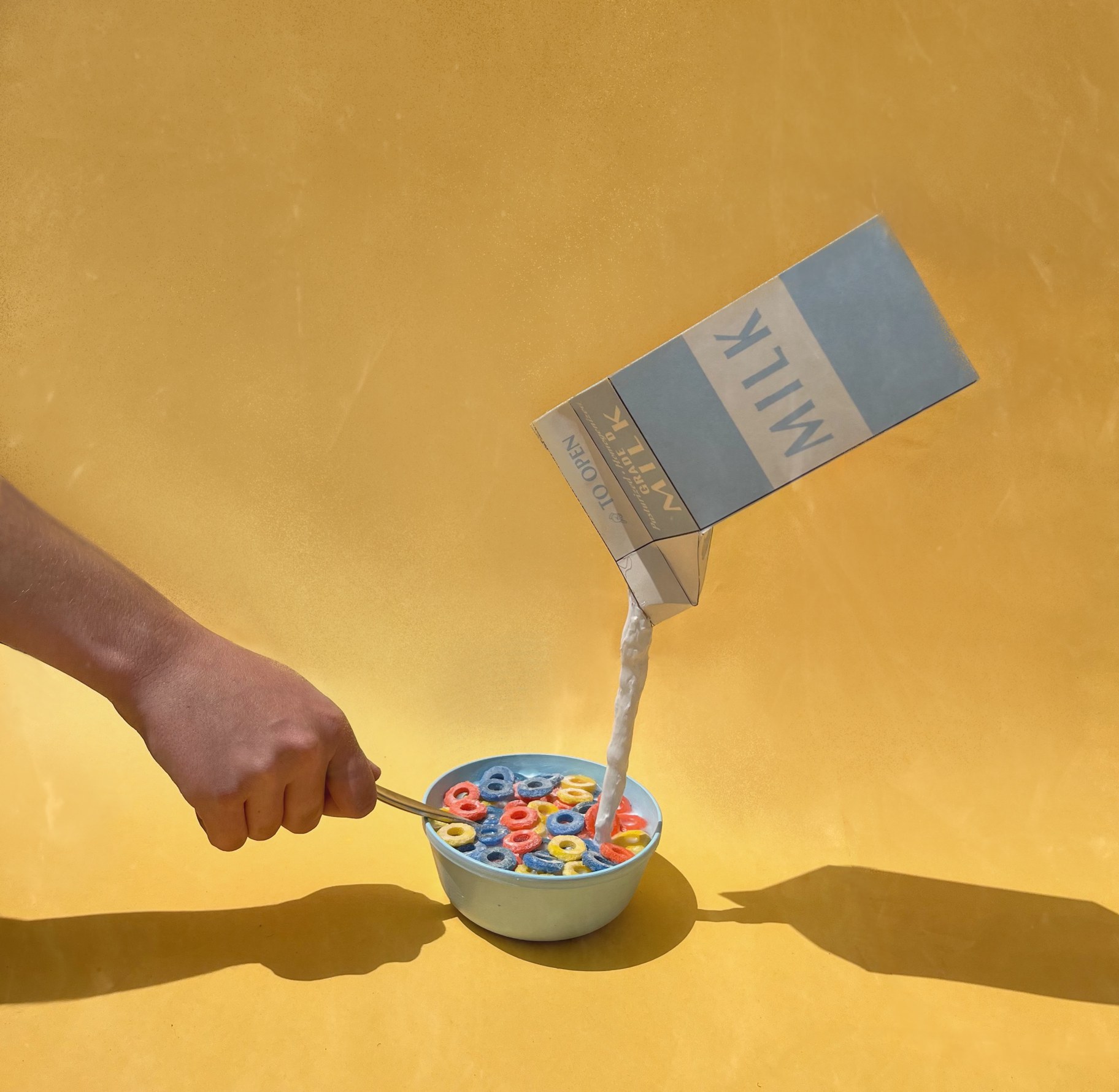 For another image in the series, she pictures hands holding a juicy hamburger, the buns were made with foam, the lettuce with fake toy money, and the patty (inventively) was made from plastic toy dinosaurs. Apitz’s image, which first draws the viewer in with her joyful compositions and colors, offers a biting critique of our country’s food system. And here, a picture is worth 1,000 words.

In her application video for YCP, 20-year-old Kaia King-Hall talks about the male gaze and the damaging body images that young women internalize. “I was trained to think that it was my fault, being comfortable in my skin wasn’t ok, and that my body was something to be ashamed of.” Yet, King-Hall talks about how she’s recently been “reclaiming my power and my strength in all of that,” and how her art is a vehicle for self-empowerment.

Her black-and-white drawing pictures an androgynous figure with spiked hair, wearing only a bra, jumping into the air in front of a downtown cityscape. The image has a kind of superhero quality to it — a celebration of the female form that is unabashed, powerful, and free from limiting stereotypes. 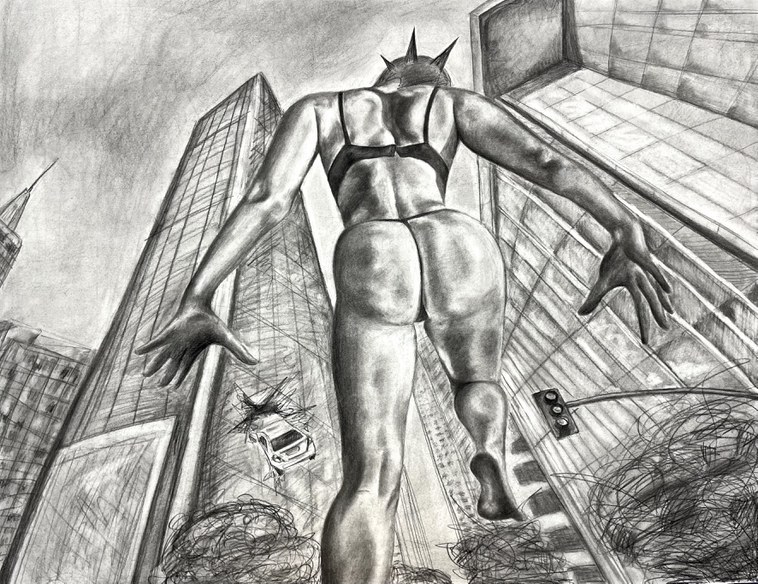 During our interview, King-Hall mentioned that she doesn’t always know how to express herself with language. But her art has become a powerful tool for communication, self-discovery, and reclaiming her power. “Drawing became my outlet for everything I was experiencing, and that's how I realized that this is what I want to spend my life doing,” she explains. “Art has given me a sense of purpose and direction that I'm so grateful to have at such a young age. I also want people to be able to connect with my work in a way that makes them feel like they are not alone in their feelings.”