Scientists who are part of the Harnessing Plants Initiative are trying to genetically modify plants to absorb more carbon. Image by Mike Royer.

There’s a greenhouse in La Jolla, California, but it doesn’t just have glass walls and rows of plants in pots. There are microscopes, high-tech cameras and x-ray machines.

It’s where scientists like Wolfgang Busch, Salk Institute for Biological Studies professor, are trying to harness the carbon-sucking power of plants to clean up the atmosphere. They’re behind the Harnessing Plants Initiative.

“If you'd go in the greenhouse, you would see people watering plants and people washing off the soil and the dirt from root systems to measure to weigh the root systems,” he says.

Plant geneticist Joanne Chory with the Salk Institute adds, “I've come to appreciate the plants, as amazing machines that they are, whose job has been really just to suck up CO2. And they do it so well, because they've been doing it for over 500 million years.”

When carbon isn’t polluting the atmosphere, it’s often in the ground, enriching the soil that plants need to grow. The goal is to genetically modify the plant’s cellular structure. Then the plants will sprout bigger roots, and more of them. And they’ll absorb more carbon.

“We need all hands on deck to get that carbon down and safe in the soil or wherever we put it, that doesn't heat up our planet further,” says Busch.

The team is finishing tests on model plant species and has begun their first experiments on more widely-grown crops, like soy, rice, wheat and canola. 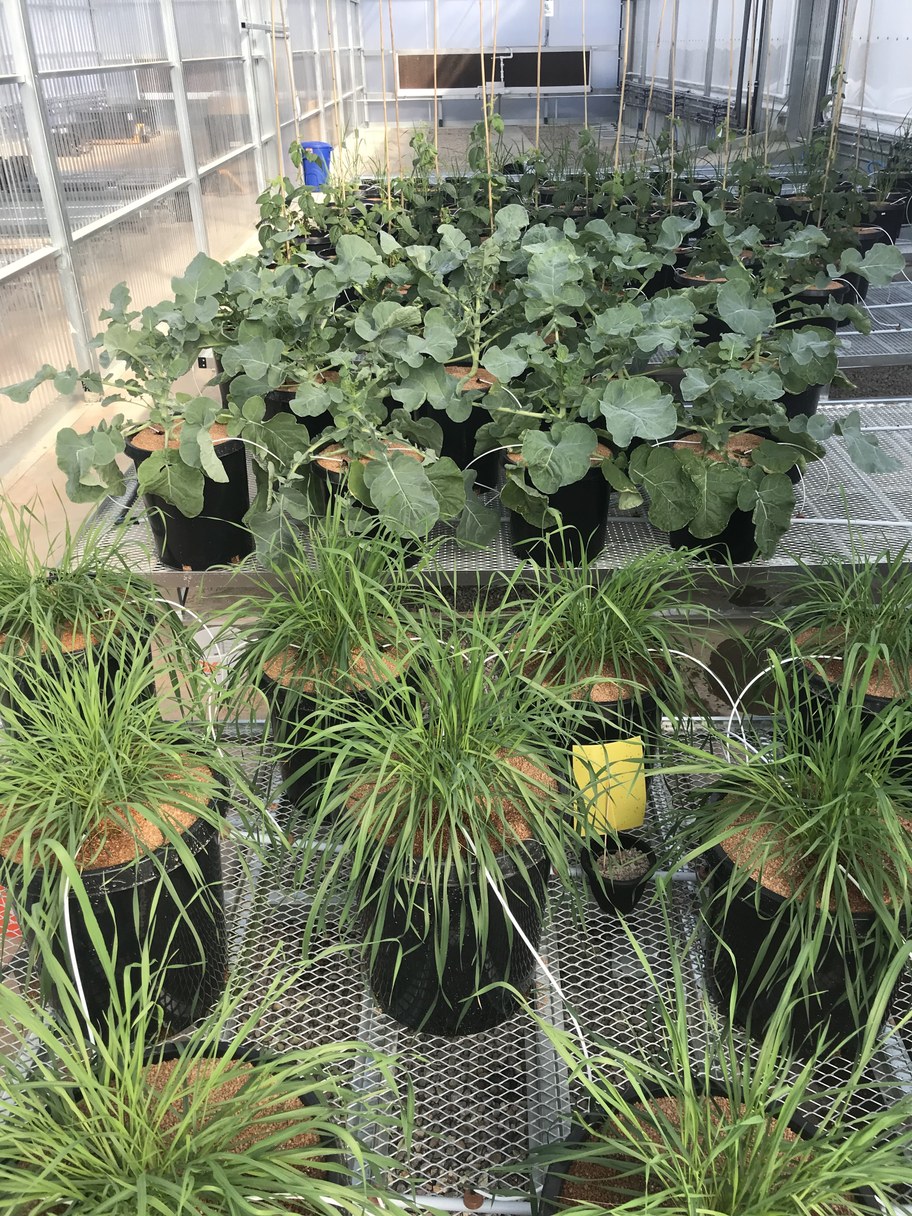 Wheat (front), canola (middle), soybean and rice (back) are effective candidates for carbon capture because they grow quickly. Photo courtesy of The Salk Institute.

Busch says genetic engineering is safe and doesn’t change the flavor of the crops. And he says we need a quick solution. “The climate crisis is a very urgent problem. And I personally don't think we have a lot of time to get our act together as a global civilization to reduce the amount of carbon dioxide in the atmosphere through many different means.”

He says the problem is even worse since humans need more and more room for food production. And that leads to deforestation. 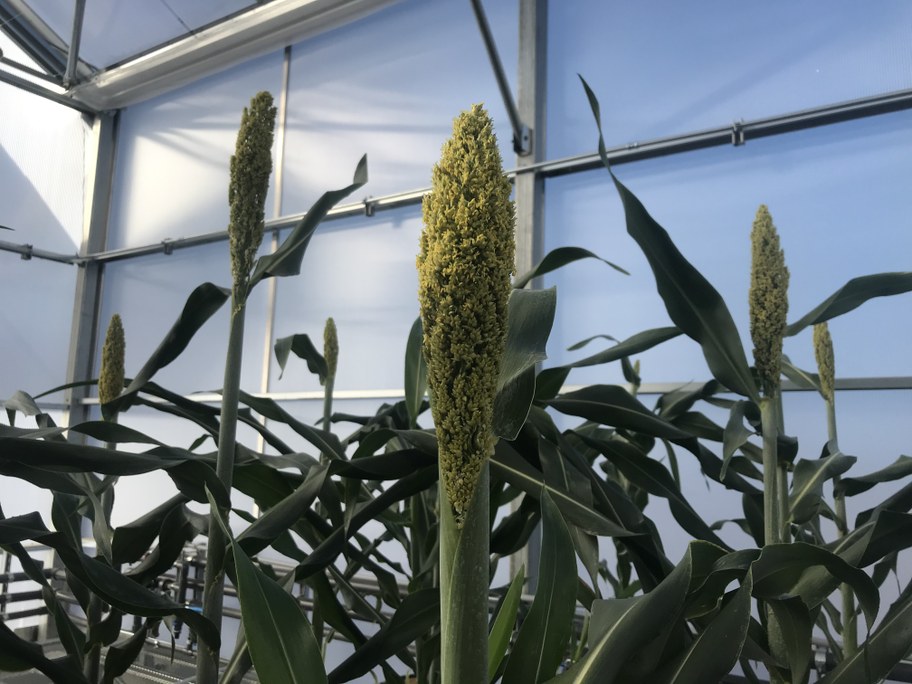 Scientists with the Harnessing Plants Initiative have started experimenting on crop plants like sorghum. Photo courtesy of The Salk Institute

Author and waste expert Adam Minter says the answer is not figuring out how to suck up the carbon we produce, but rather to produce less carbon in the first place.

“People developed all kinds of technologies that were designed to help us save energy, [achieve] higher mileage standards for cars, [produce] appliances that sucked less electricity out of the wall. But one of the things we found when that happened was people didn't suddenly start conserving more. They said, ‘Oh, I'm using electricity less, I can actually use electricity more and essentially be at the same place,’” he says.

Minter says if this technology is used to rationalize the amount of carbon we’re already emitting, it will ultimately be self-defeating.

University of Washington historian and professor Margaret O’Mara says this problem is called techno-optimism. “Putting great faith in technology allows possibilities to be expanded. But it also can narrow the view and not think about the broader consequences.”

But Busch says it’s still worth the research. He says the answer lies in conservation and innovation.

“I personally think we need to do everything that is in our power to avert this catastrophic outcome. We need to emit less, but also, I don't think we can assume we can stop burning fossil fuels tomorrow,” he says. “We still need to draw down carbon to come back to safe levels, and that's where the value of our solution is.”

A group of LAUSD parents who want schools to reopen participated in a Zoom blackout this week. Instead of logging their kids into their virtual classrooms, they protested in...

For the first time in the school’s history, Ulysses S. Grant High School in Valley Glen won the Academic Decathlon for the Los Angeles Unified School District. They head to...

At a greenhouse in La Jolla, California, scientists are trying to harness the carbon-sucking power of plants to clean up the atmosphere. They’re behind the Harnessing Plants...