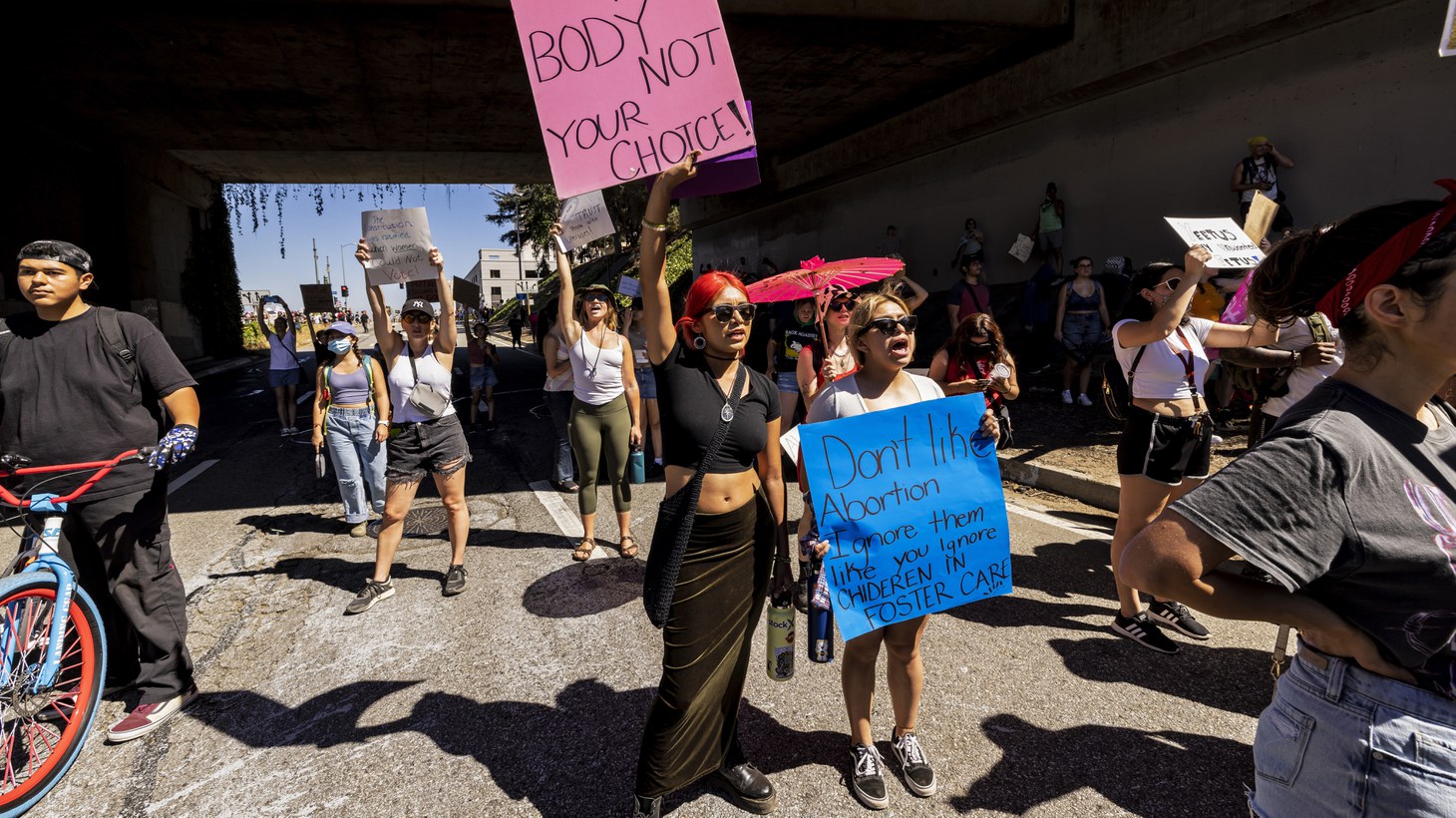 California is positioning itself as a sanctuary for people seeking abortions from states that ban them or make them very difficult to get. That could mean a lot more people traveling here to get help.

Sue Dunlap, head of Planned Parenthood Los Angeles, says that over the past year, she’s seen more than 100 people coming each month for reproductive health care, including for abortions. She says her team is working with attorneys and legislators to make sure they keep providing safe and accessible abortions, as some states work to criminalize providers and patients who seek out-of-state abortions.

Some people are also worried that the future of contraception access is in danger. When the Supreme Court decided to overturn Roe v. Wade on Friday, Justice Clarence Thomas wrote in his concurring opinion, “We should reconsider all of this Court’s substantive due process precedents, including Griswold, Lawrence, and Obergefell.”

“I am horrified that we're living in a moment where we're having a reasonable conversation about contraception being outlawed in 2022, let alone into the future,” Dunlap says. “So what I would say to that is: Go out there and vote … make your voice and your opinions known. Because reasonable people in this country, the overwhelming majority of people in this country support contraception and support abortion. And we cannot let a future that does not allow for people to control and protect and advocate for their … own bodies to continue to progress.”

Meanwhile, the Supreme Court’s decision is bringing joy to some groups, including Pasadena’s The Right to Life League, which describes its mission as “dedicated to the support and protection of innocent human life from conception to natural death.” The group launched in 1967, before Roe v. Wade.

As the nation approaches the November midterm elections, she says, “We're gonna start seeing pro-life legislators being put into place, and we're going to see a pro-life wave.”

However, NPR, PBS NewsHour and Marist conducted a poll over the weekend showing that 56% of Americans disagree with the Supreme Court’s decision to overturn Roe v. Wade.

LA has been preparing for more traveling patients seeking abortions. Meanwhile, anti-abortion advocates plan to now focus on states like California where the procedure...

KCRW asked listeners for personal thoughts on the Supreme Court's decision to overturn Roe v. Wade. Here are some of their responses.

Los Angeles Times columnist Gustavo Arellano describes how his experience in Catholic school made him a pro-choice advocate.