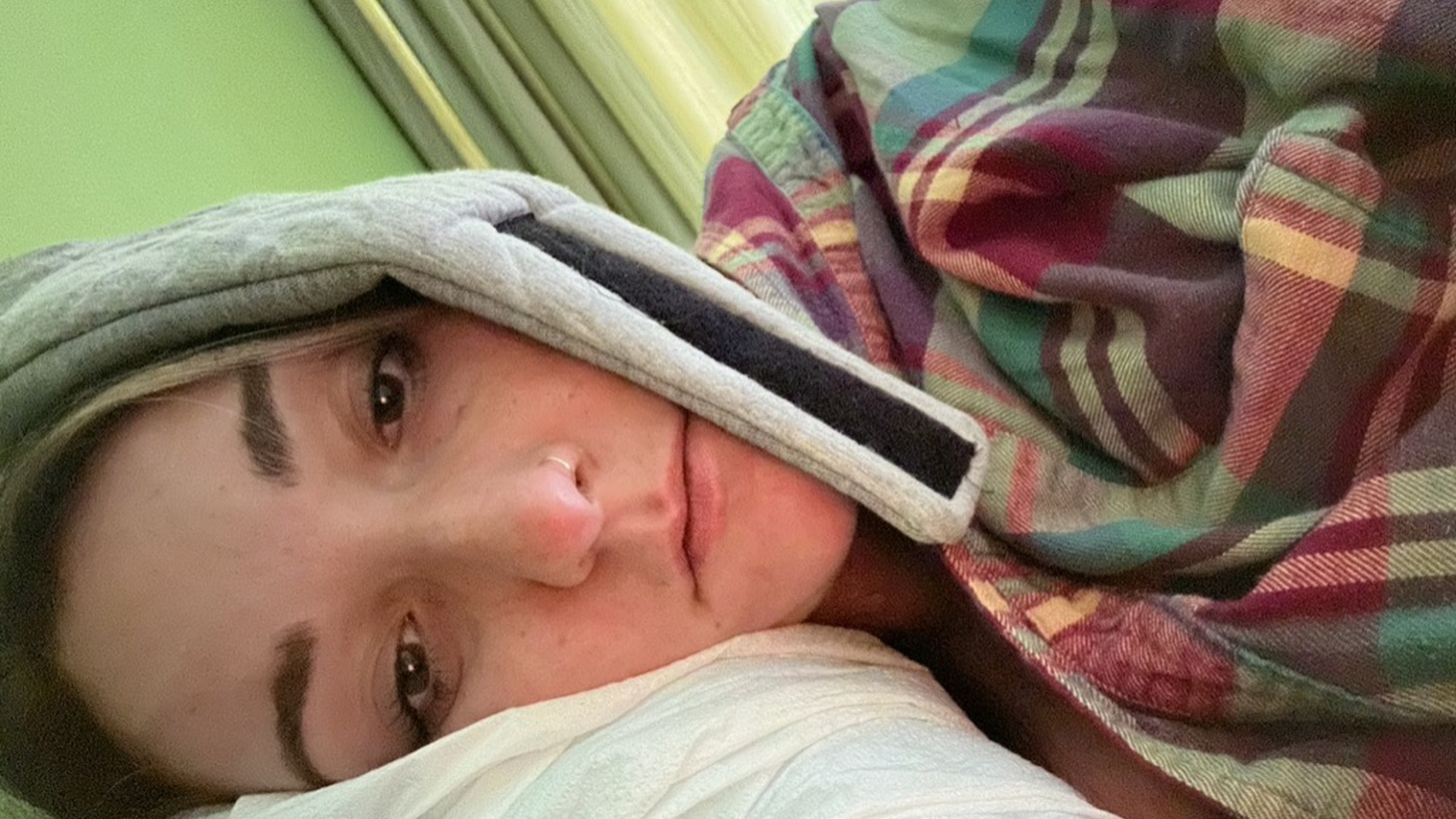 “When I was growing up, it was very much like … if you smoke weed, it'll ruin your life kind of thing,” Fortesa Latifi says. “And now I'm like, ‘[Mom], do you want to come with me to do ketamine?’” Photo by Fortesa Latifi.

Fortesa Latifi had tried everything: migraine medications, antidepressants, and anti-anxiety meds all felt insufficient in her recovery from the brain trauma she experienced after a car crash three years ago. So the LA journalist, who doesn’t use recreational drugs, even marijuana, began seeing a new doctor who turned her onto another drug commonly used on the party scene: ketamine.

“It's not something that I would have come to on my own,” Latifi explains. “But I would have done really anything to feel differently than I felt. So I was like, ‘Okay, ketamine, let's do it.’”

People have been doing ketamine, a schedule III controlled substance as defined by the Justice Department, recreationally for decades. But its predominant legitimate use has been as an animal tranquilizer. In the 1970s, that began to change when the FDA approved its use as a surgical anesthetic. After that, ketamine began showing some efficacy in treating depression and even the after-effects of a concussion.

“People get symptoms like headaches … vision changes, balance issues, memory, mood issues,” says Dr. Mohammad Ahmed, a neuropsychiatrist at the Kaizen Brain Center in La Jolla, where Latifi was treated. “Most of them get better but … about 40% do not get better.”

Latifi was among the 40% who suffered from lasting post-concussive syndrome, which is mainly caused by neurological inflammation in the brain. She became depressed by what was happening to her, even lacking motivation to leave her apartment.

“I just thought, ‘I'm not getting better. And I don't know why.’ I was in pain all the time, I was having these shattering headaches,” Latifi recalls. With ketamine, she says, “It just feels like the volume has been turned down to a point where I'm like, ‘Okay, this is … still not great … but I can manage.’”

Ketamine is administered in a fairly manageable way too. It's inhaled through the nostrils, followed by a two-hour observation period in which vitals are recorded and monitored. Patients are advised not to do any strenuous activities for the rest of the day, but can resume normal life the next day. 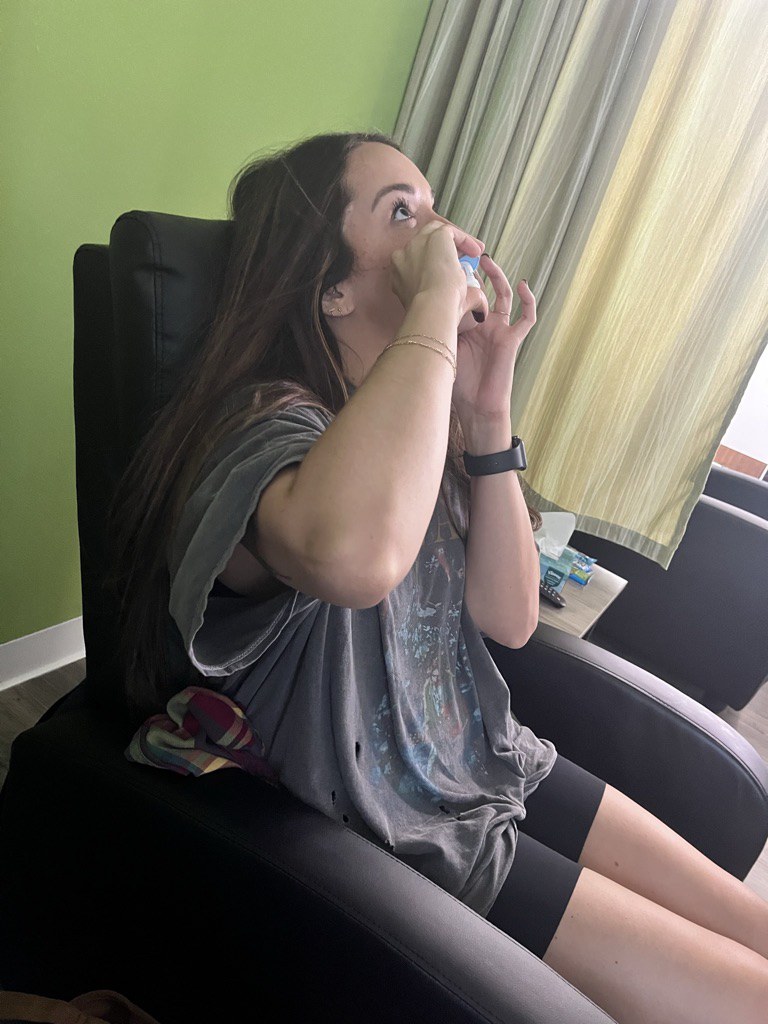 Latifi was initially concerned about losing control after the ketamine was administered.

“Taking a drug that literally makes you trip doesn't feel safe to me,” says Latifi. “You don't get to end it when you want to end it … and that's really scary for me because I like to have an eject button.”

Nevertheless, Latifi persisted with the treatment, partly thanks to her mother’s encouragement.

“When I was growing up, it was very much like … if you smoke weed, it'll ruin your life kind of thing,” Latifi jokes. “And now I'm like, ‘[Mom], do you want to come with me to do ketamine?’”

Latifi’s treatment will begin to slowly taper down, though like others, she may seek occasional relief if she finds herself “slipping.” She describes herself, in typical journalistic understatement, as being “mildly more okay with that” reality than she would have been before. And for that reason, she felt compelled to share her experience.

“If I can share that there's this new possibility … of finding a way to live your life, bruised brain and all … that's really important to me.”

A Los Angeles journalist with brain trauma turned to specialists who recommended ketamine treatment. It’s known as the party drug “special K,” but it gives her relief.

A pajarete is a party and Mexican drink made of chocolate, coffee, high-proof alcohol, and raw milk from goats and cows. The beverage is said to induce a mild high and...