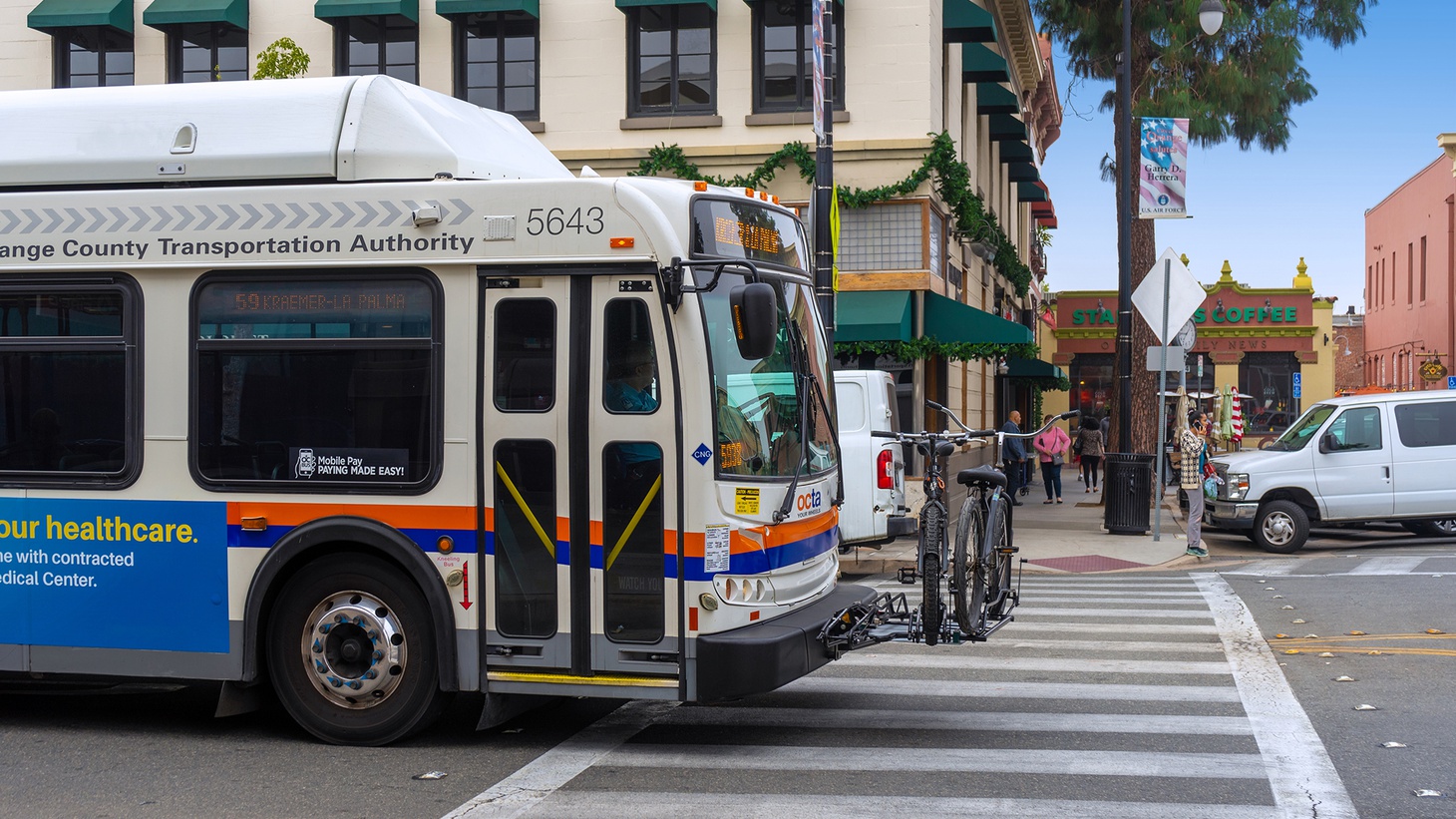 A city bus run by the Orange County Transit Authority is seen in Orange, California, November 14, 2019. Photo by Shutterstock.

A bus driver strike in Orange County was averted on Tuesday, after 22 hours of tense negotiations between the Orange County Transit Authority (OCTA) and Teamsters Local 952, the union representing hundreds of drivers. The deal they reached is tentative.

Nearly 600 drivers, who haven’t had a contract since April 2021, were asking for higher wages and more bathroom breaks.

Currently the OCTA gives bus drivers four 15-minute breaks a shift, but workers say that’s not enough for long distances on the road.

“What the teamsters did, they documented many bus drivers saying, ‘Because of how limited in time we have, we'd have to wear diapers, we'd have to urinate in bottles, or sometimes we would just not go and because of that, we'd have bladder infections,’” says LA Times columnist Gustavo Arellano.

The drivers like their work, says Arellano, but they want to get paid well and have enough flexibility to take breaks when needed.

Negotiations have been going for nearly a year, compounded by the pandemic and inflation.

“Over the past couple of years, as you see more pay inequity, as you see more stratification, I'm sure that's weighed a lot on these bus drivers, and so they went to OCTA and said, ‘Look, we need more than whatever you're offering us.’ And OCTA says, ‘Well, we don't have the budget to do so.’”

The tentative agreement has not yet been released.

‘Rams are the best in the west’: Angelenos take to streets to celebrate Super Bowl win

Rams fans celebrated their Super Bowl LVI win at today’s parade and rally. It was the first parade for an LA sports championship since before the pandemic.

High school football is less popular than basketball, soccer, and swimming in LA. Could the Rams’ Super Bowl victory inspire more kids to be running backs and wide receivers?

A bus driver strike in OC was averted after final hour negotiations between the Orange County Transit Authority and the union representing drivers.