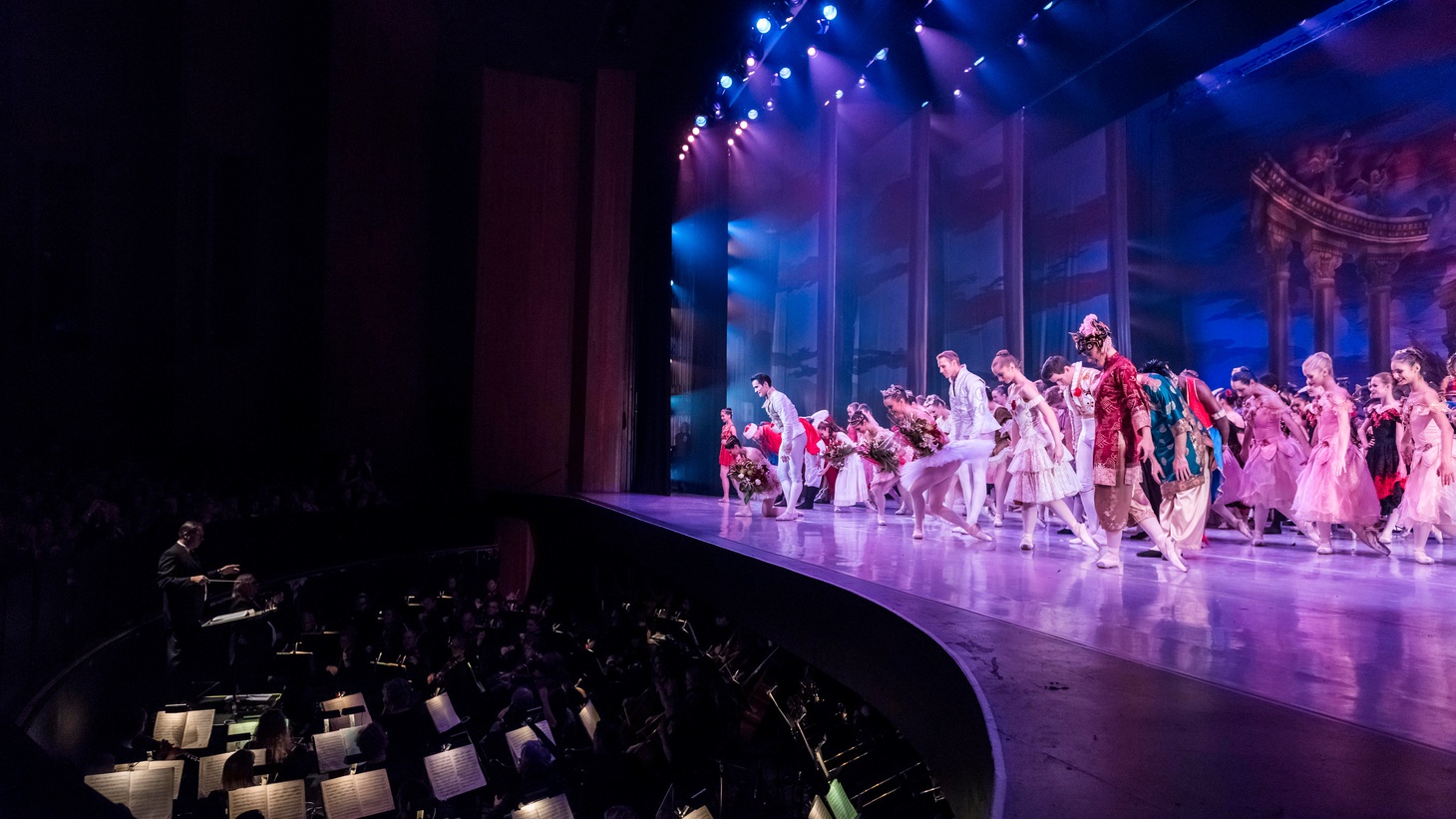 David Wilcox, the artistic director, says the production has become a family affair. His three daughters are involved in different aspects of the show. Photo by J. Christopher Launi Photography.

Southern California’s largest “The Nutcracker” ballet isn’t in Los Angeles or Orange County, but Long Beach. It started in 1983 when David Wilcox, the artistic director of the Long Beach Ballet, received a call from the city’s Terrace Theatre. They aksed if Wilcox’s ballet company wanted to perform the show for the first time.

From the beginning, Wilcox says the show was a success, and they have been putting it on every year since.

“My thing that I love to do more than anything, more than I love ballet, is I like to entertain people,” Wilcox says. “So I want to make sure that when people come to see a ballet of ours, it is thoroughly entertaining. And it's not just for people who are just madly in love with ballet.”

“We're very careful not to overplay what we've got,” Wilcox says. “We advertise the fact that this is really put on by an academy with some paid guest artists coming in.”

Wilcox’s family has gotten involved in the production too. Wilcox’s oldest daughter, Nicole Wilcox-Zhong, is the stage manager. His youngest daughter, Lindsey Wilcox, is going to be in the orchestra for the show. Wilcox’s other daughter, Megan Wilcox, will be the Sugar Plum Fairy, which involves performing one of the most famous solo dances in all of ballet.

The La Brea Tar Pits hold the largest collection of Ice Age fossils in the world. Now, its grounds, museum, and research facilities are being reimagined.

The Long Beach Ballet gets ready to perform ‘The Nutcracker’ for its 40th anniversary. It all started with David Wilcox, the artistic director.