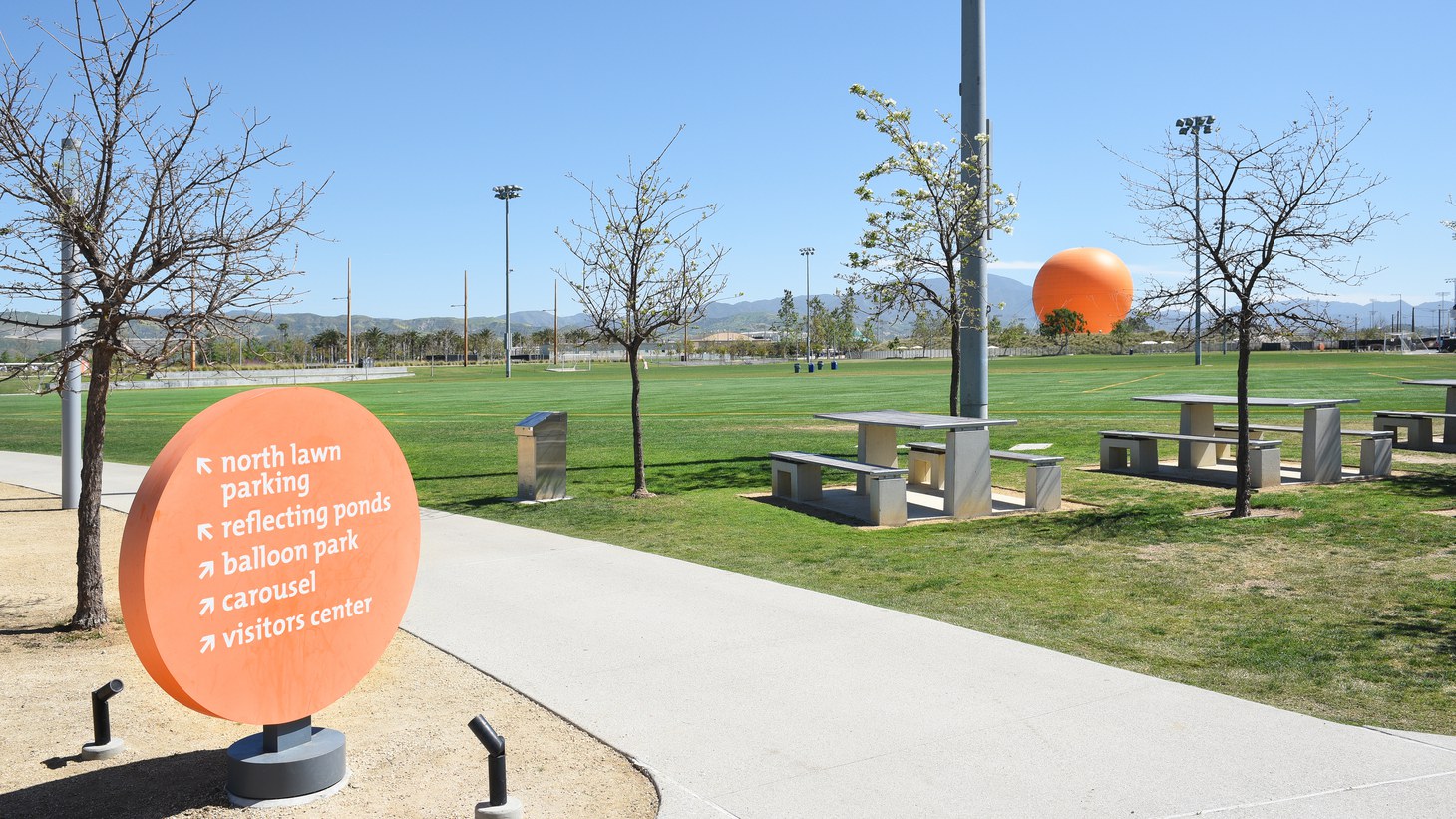 Hundreds of acres of land at Irvine’s Great Park have been approved for redevelopment. The plan, approved by the Irvine City Council, includes museums, a library, botanical gardens, and maybe even a veterans’ cemetery. The plan has been on the drawing board for nearly two decades, though, so will it become reality?

Currently, the park is home to a massive orange-shaped hot air balloon, ice skating rinks, and Wild Rivers, a small water park that opened this summer. But Irvine’s Great Park is not what was originally promised to voters in 2005. It was supposed to be home to sweeping amphitheaters, museums, and theaters. That’s all according to Los Angeles Times columnist Gustavo Arellano.

He says that the new development might face challenges from former Irvine Mayor Larry Agran. He was instrumental in the park’s creation and is wholeheartedly committed to building a veterans’ cemetery on the premises.

“In 2020, he spearheaded a successful city measure that would require that part of the Great Park be a veterans’ memorial garden and a cemetery. But again, Irvine being Irvine, you don't want a cemetery there, it's going to put down housing prices. … Let’s have it all the way up in Anaheim Hills,” Arellano explains. “So what Larry Agran is saying now is, ‘No, look, the voters voted for a cemetery of some sort in the Great Park. If it's not built there, it's an easy lawsuit. And that's just going to hinder construction of the Great Park for years.’”

Despite the challenges posed by the cemetery, Arellano says the Great Park development will happen. It just might take time.

“The entirety of the Great Park, it's not going to be done for decades, especially if there is going to be a lawsuit,” he says. “But something like an amphitheater, it's all going to be amenities to Irvine. … There's no more of the battles that there were for so long. Larry's just the lone holdout. And I understand. A lot of it, he sees as his legacy.”

Garcetti criticizes Caruso and Bass on homelessness. How do they respond?

Museums, a library, botanical gardens, and maybe even a veterans’ cemetery are part of a redevelopment plan for the Great Park. It all might face challenges from former...

LAUSD’s eased COVID rules: ‘I’m going to trust them on this,’ says parent

On this first day of LAUSD’s new academic term, Heidi Kalin is excited about her eighth grade son having more structure back in his life, and more campus events to choose...