The Actors’ Gang, based in Culver City, is showcasing a new virtual play about life during the Great Depression. Photo by Ashley Randall.

A new virtual play by The Actors’ Gang details peoples’ experiences during the Great Depression. It’s called “We Live On” and runs through September 6. It’s based on Studs Terkel’s book “Hard Times: An Oral History of the Great Depression.” The play explores 30 different accounts — those documented by Terkel and original stories from cast members.

The play’s director is Tim Robbins, who has spent the last 40 years as co-founder and artistic director of The Actors’ Gang theater company in Culver City. He’s also known for his award-winning roles, including Andy Dufresne in “The Shawshank Redemption.”

Robbins says the stories in “We Live On” serve as reminders of the strength and resilience of those who made it through the Great Depression. He urges audiences to use those stories as guides in recovering from the COVID-19 pandemic.

Robbins refers to Studs Terkel as “the great chronicler of the anonymous in America,” and says Terkel’s stories of the Great Depression are all too similar to what we experience today. 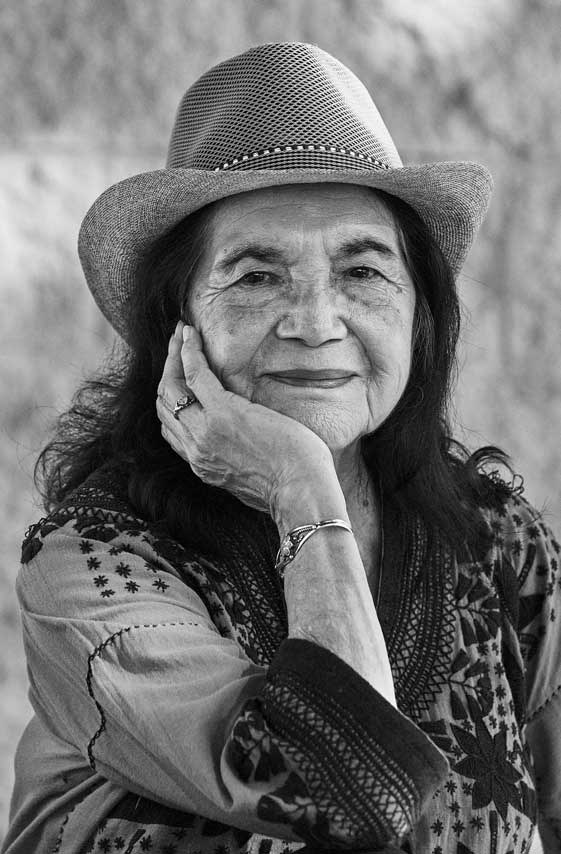 Activist Dolores Huerta was part of United Farm Workers. Her story is told by Mariana Da Silva in "We Live On.” Photo Courtesy of The Actors’ Gang.

“The more we read through these pieces, the more we realize how these could have been written yesterday,” Robbins says. “The same things were happening, this repetition of history that is too often prevalent, because we don't learn enough from our own mistakes in the past. And so the evictions and the homelessness and the kind of gig economy was huge back then. There were over 2 million people riding the rails looking for work when the jobs in their hometowns had dried up. And so we just immediately knew that this was going to be relevant.”

Speaking of the gig economy, Assembly Bill 5 was passed in 2020 in Sacramento, and it requires companies that hire independent contractors to reclassify them as employees. The law initially impacted sectors that largely rely upon gig workers, which led Uber, Lyft, and even the music industry to carve out their own exemptions to AB5. Robbins says the acting industry has been trying to do the same — but to no avail yet.

“There have been people from theaters all over Los Angeles lobbying legislators. Apparently, they don't have as much sway as the billionaires that are running Uber and Lyft,” Robbins explains. “So the labor law is now about us. It's not about gig workers anymore.”

What’s behind the curtain as LA theaters reopen?

A new virtual play by The Actors’ Gang details peoples’ experiences during the Great Depression. It’s called “ We Live On ” and runs through September 6. It’s based on Studs...

After 16 months of isolation, Angelenos are beginning to seek in-person arts and cultural events, but LA theaters continue to face big challenges as they try to keep the...

“The Last, Best Small Town” premieres at Will Geer’s Theatricum Botanicum in Topanga Canyon this Saturday and runs through November 6.