Trash. Maybe a straw, can, or plastic bag.

It probably bums you out. But for Ashley Bickerton, that trash is another treasure to pick up and add to his artworks. Bickerton creates colorful seascapes with man-made debris washed ashore.

“He's gone so far as to talk about ocean trash as being beautiful and part of the natural world, which is kind of interesting and slightly disturbing,” says Lindsay Preston Zappas, founder and editor-in-chief of Contemporary Art Review Los Angeles. “He wants to preserve these objects as these little time capsules to show this moment we live in.”

His “Flotsam Series” was inspired by walks he took with his wife in Bali, where he was born and now lives part-time.

“He was noticing how the waves would leave trails of sea debris on the shore that become these little records of where the waves have been,” she says. “He noticed these little troves of debris were made from natural items like shells or pebbles, but also man-made items, like microplastics and trash that would form these rows across the sand.”

In a sculpture called “Hanging Ocean Chunk,” he uses commercial products like rock climbing gear and steel to create an industrial cross section of the ocean. 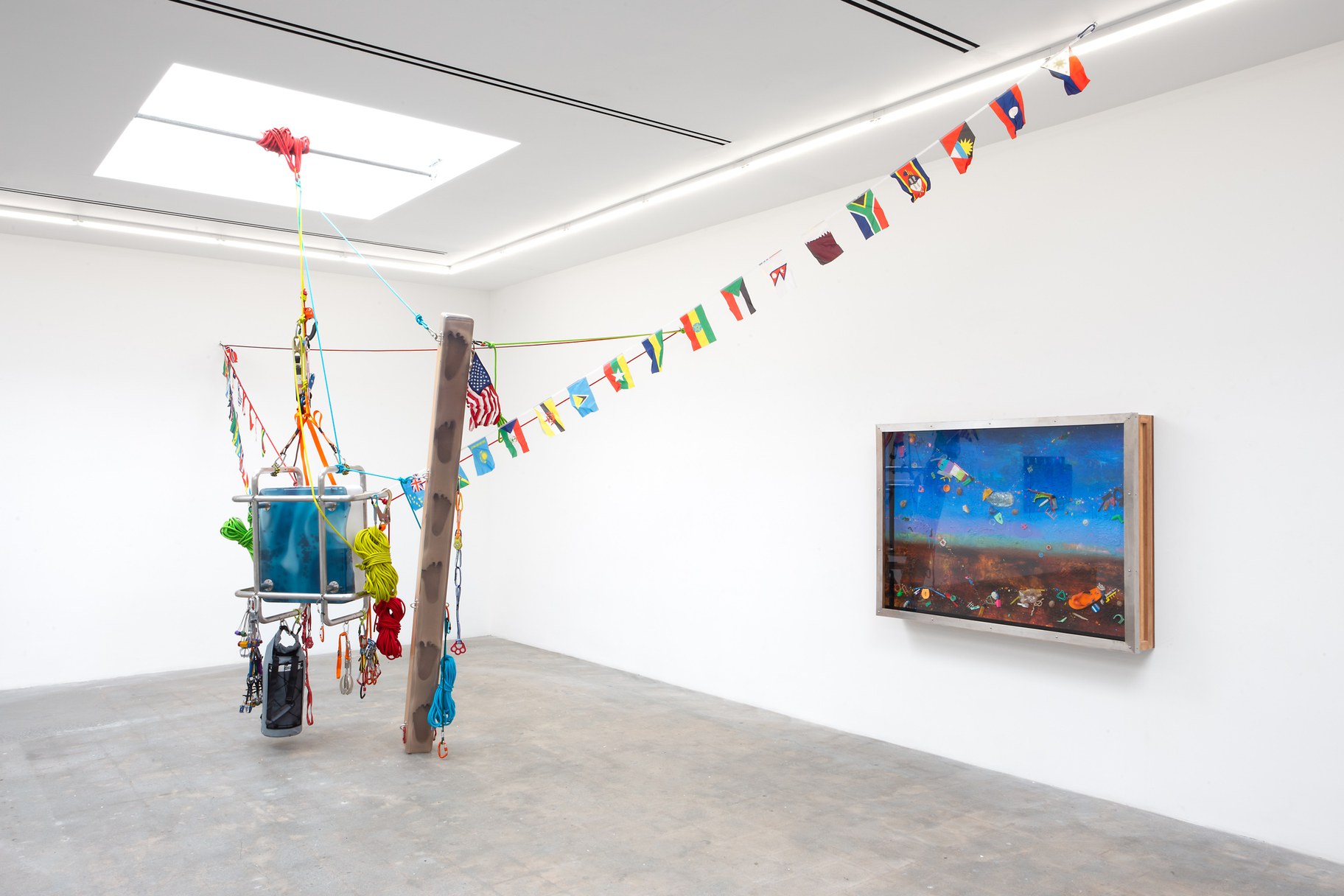 Preston Zappas says Bickerton’s work reflects the style of other contemporary artists he came up with in New York in the 1980s, like Jeff Koons and Haim Steinbach.

“They were reacting to this genre of abstract expressionism by focusing on really slick finishes, industrialized, commercial goods and commodities,” she says.