Jaime Lowe is a journalist, and the author of “Breathing Fire: Female Inmate Firefighters on the Front Lines of California's Wildfires.” Photo by Philip Montgomery.

Nearly a third of the crews fighting wildfires in California are serving time in jails and prisons. That’s according to journalist and author Jaime Lowe, whose newest book “Breathing Fire” highlights the stories of several women who serve as firefighters as part of their sentences.

They’re called “fire camps,” and they’re located all around California. They’re facilitated by the California Department of Corrections and Rehabilitation (CDCR), one of the biggest prison systems in the country.

Lowe says there are many reasons why incarcerated individuals would want to be part of the program. It’s one of the highest paid jobs within state prisons. Firefighters earn around $5 a day, with an additional $1-$2 an hour when assigned to an active emergency. Conditions are also exponentially better at fire camps than in state prisons and county jails, according to Lowe.

“You have situations where there are trees, there are no fences, there’s no barbed wire. It’s sort of these beautiful remote areas where you’re immersed in nature. You have to do really, really, really hard, perilous labor, but you’re in a much more beautiful place serving time.”

She says there are also better food options and visitation opportunities at the camps.

“There’s a woman I talked to recently who was a formerly incarcerated firefighter, who described seeing her kid in prison,” Lowe explains. “And when she was in state prison, it was just her hand pressed up against a plexiglass window, and her child pressed up against the window and that was as close to contact as she could get with her child. But when she was in the camps, they could hug each other.”

Lowe’s journey writing about incarcerated firefighters started when she decided to write about Shawna Lynn Jones, a woman who lost her life while fighting a fire in Malibu in 2016. She was about 45 days away from the end of her prison sentence when a boulder hit her on the head and ultimately killed her. The book features a story about Jones's mom coming to visit her at the hospital.

Lowe started venturing into the fire camps and met a lot of individuals along the way that would be documented in this book, including a woman named Alisha who trained for the firefighting program while serving time.

“She felt totally transformed by the program. She is a single mom. She was ready to try and translate the skills she was learning into a job which she could then be a mom and be there for her daughter. And she got out of prison and she felt like there wasn’t a lot of support. She tried to volunteer for crews, she tried to participate. A few months went by and she ended up relapsing, and she was part of another burglary.”

Alisha is currently waiting to see how long she’s going to have to serve, after appealing her sentence. 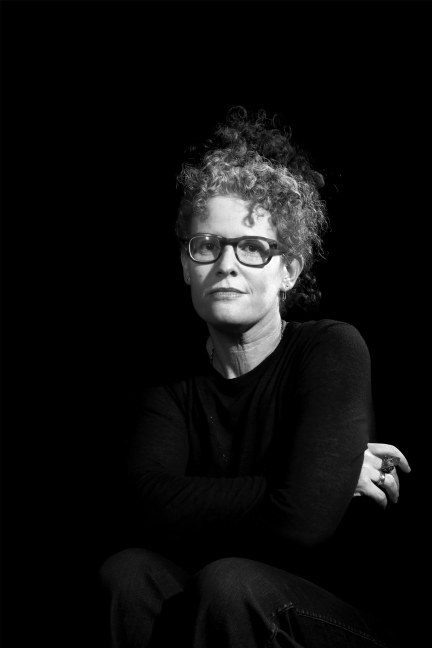 Jaime Lowe is a journalist, and the author of “Breathing Fire: Female Inmate Firefighters on the Front Lines of California's Wildfires.” Photo by Philip Montgomery.