Now there’s “Arctic, where Mads Mikkelsen plays Overgård, a lone survivor of a plane crash in the far north. His character doesn’t speak much, and doesn’t even utter a word until about nine minutes into the film.

“He talks a little to himself -- his strange way of behaving and saying, so you can stay sane. It’s one of the things we thought you might do if you’re all by yourself. Once in a while, you wanted to hear your own voice,” Mikkelsen says..

The audience meets Overgård after he’s been stranded for six or seven months. He’s very particular about how he goes about his day. He even wears watch that pings him every time he needs to move onto the next task.

“One of these ways of trying to stay sane is that you come up with some patterns, some systems… if that's not existing, all of a sudden everything is just one big blur,” says Mikkelsen.

What it means to be human

The movie aims to show the difference between being a survivor and being alive.

Shortly into the film, Overgård meets another person who also doesn’t speak because she’s been injured in a crash. She’s kind of comatose. “When that happens, all of a sudden he starts coming back to life more and more. There’s something to address as there’s a different person out there that he has some kind of responsibility [for]. He keeps repeating over and over to this young woman that ‘It's OK, you’re not alone.’ He’s obviously talking to himself as well.”

The aim was to portray humanity. “Can you actually stay human if you’re all by yourself? Or do you need one more person to become human?” says Mikkelsen.

Overgård takes care of the woman -- feeding her, keeping her warm -- there’s not much verbal communication, but they’re intimate.

“It’s two lonely people in a very brutal world that all of a sudden, just somehow can give each other some kind of love,” Mikkelsen says. 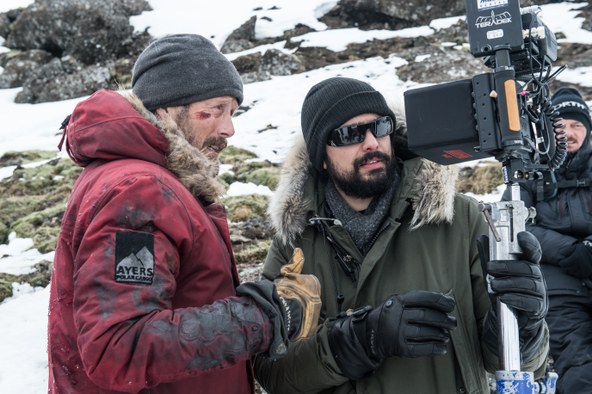 Though it’s set in the Arctic, the movie was shot in Iceland.

Mikkelsen says he and director Joe Penna scouted locations by walking up and down the hills and mountains, and around lakes. It became an endurance test. The filmmakers learned firsthand the difficulty and danger in traversing the area, and how long they could walk without collapsing.

He says the winds were crazy, and gear was lost. They planned to shoot in 30 days, but ended up staying there only 19 days. “I mean I've done crazy stuff before, but this was just day in, day out. And I think after the initial scouting and the first couple of weeks of shooting, I already lost about 14 pounds just out of the blue,” he says.

“We purposely didn't want to prepare too much for it because obviously my character was not ready for a crash landing either.” 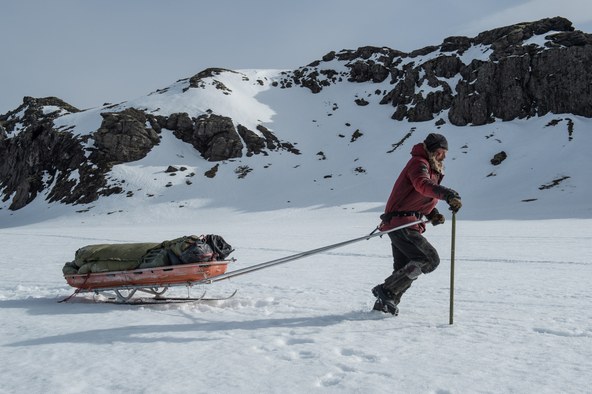 Pizza, mac and cheese, and chocolate milk are back in school lunches. The Trump administration is rolling back President Obama’s healthy lunch program. Nutritionists may be...

Which Pop Tart flavor matches your personality best? That’s the kind of quiz that drives a lot of traffic to Buzzfeed – traffic that equals revenue for the company. Many of...