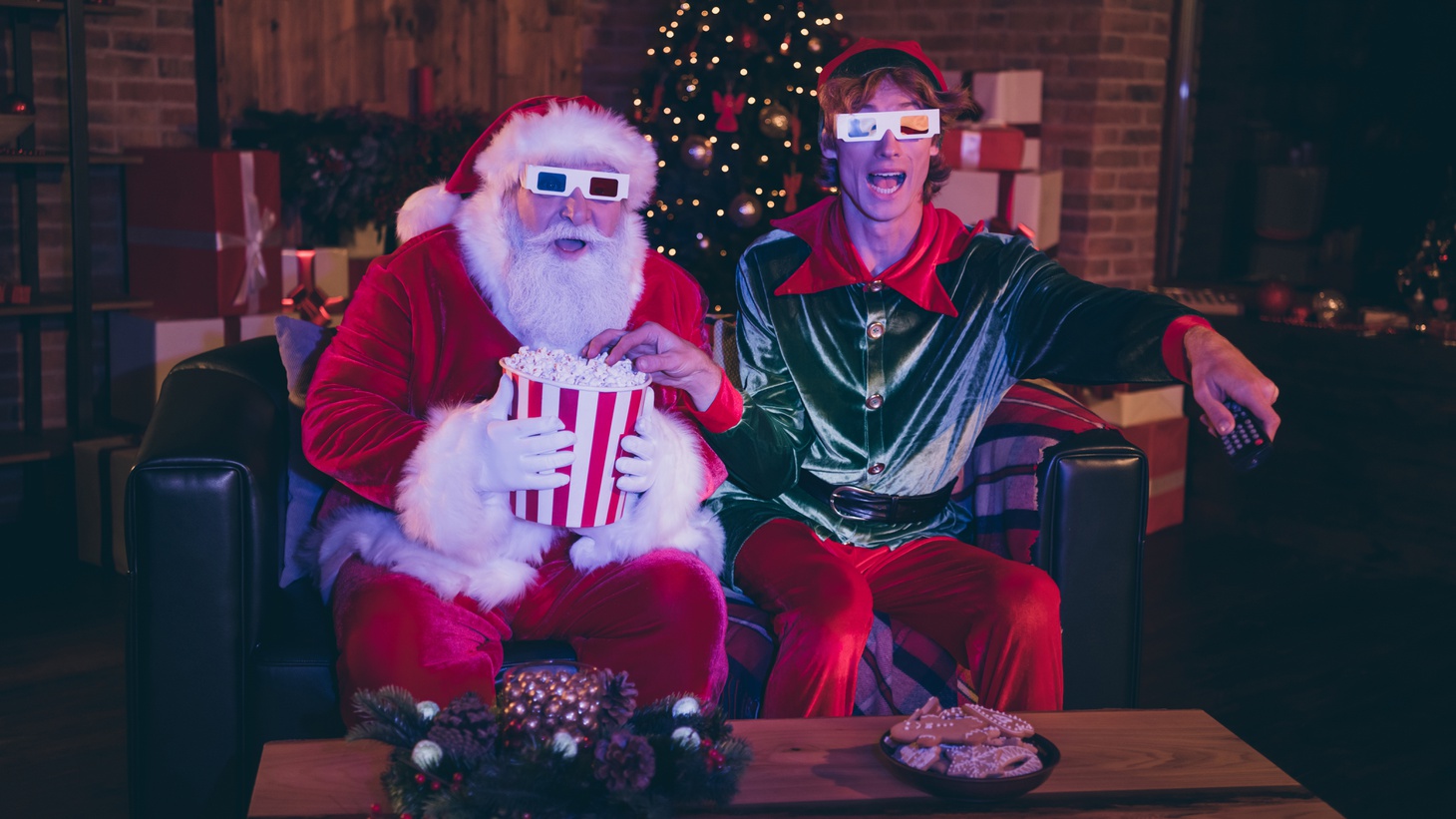 For some, the holidays aren’t officially here until you can curl up on the couch and watch a Christmas movie. Photo by Shutterstock.

For some, the holidays aren’t officially here until you can curl up on the couch and watch a Christmas movie. But there are so many to choose from — classics like “White Christmas” and “It’s a Wonderful Life,” plus newer and cheesier rom-coms.

Which to watch? Turn to Alonso Duralde, chief film critic for The Wrap and co-host of the movie podcast Linoleum Knife. He’s also author of the books “Have Yourself a Movie Little Christmas” and “I'll Be Home for Christmas Movies: The Deck the Hallmark Podcast’s Guide to Your Holiday TV Obsession.”

“The Holiday Sitter” (Hallmark via Peacock)

Jonathan Bennett — of “Mean Girls” fame — stars as Sam, a New York financial analyst who must take care of his 13 and 10-year-old nephew and niece. He has no idea how to handle the kids. Luckily for him, as Duralde explains, the handsome next-door neighbor Jason is great with kids.

“Of course along the way, the two of them fall in love. This is a huge deal for Hallmark because this is their first movie that centers on a same-sex romance,” Duralde says. “We've had some gay best friends over the years. … This time, front and center, we have an actual LGBTQ romance and a Hallmark movie and in a Christmas movie, no less.”

Lindsay Lohan plays a spoiled heiress who falls off a mountain, goes headfirst into a tree, and develops amnesia. She’s found by a hunky local played by Chord Overstreet of “Glee” fame.

“Back in the days of Lindsay Lohan and Paris Hilton being at the center of the pop culture universe, they were buddies for a hot second and then had a very public falling out. So the idea of Lindsay Lohan playing a spoiled hotel heiress already comes with its own little fun, real-life baggage. And it's a great reminder that Lindsay Lohan is a very skilled comedian, both verbal and physical,” Duralde explains.

Will Ferrell and Ryan Reynolds star in a musical adaptation of “A Christmas Carol.” Ferrell plays a ghost who visits Earth to find an irredeemable soul — portrayed by Reynolds —  to bring redemption to.

“It's colorful and lively. Octavia Spencer has a wonderful supporting role as Will Ferrell’s love interest. And it's really charming and a movie that I think has the potential to become a lot of people's holiday go-to.”

Looking for a classic?

Two holiday classics are celebrating their 75th anniversary this year: “Miracle on 34th Street” and “It Happened on 5th Avenue.”

“Miracle” features a young Natalie Wood, whose character is raised in a household without fantasy and only logic.

She meets a department store Santa, who is actually Kris Kringle. “She begins to realize maybe this guy is more than he originally appears. It's a lovely, sentimental, funny, charming movie. It's been remade several times, but I think you can't beat the original.”

“It Happened on 5th Avenue” follows an unhoused World War II veteran who settles into a mansion owned by a New York industrialist. The rich man’s daughter catches the GI and the two fall in love.

“It is this call to collectivism and the idea [that] the human race is a community that has to take care of each other. It's a really beautiful Christmas message, but it's also very funny. There are some great physical comedy scenes here. There's a bit involving a restaurant table that is unsteady. That is one of the funniest things I've ever seen in a movie.”