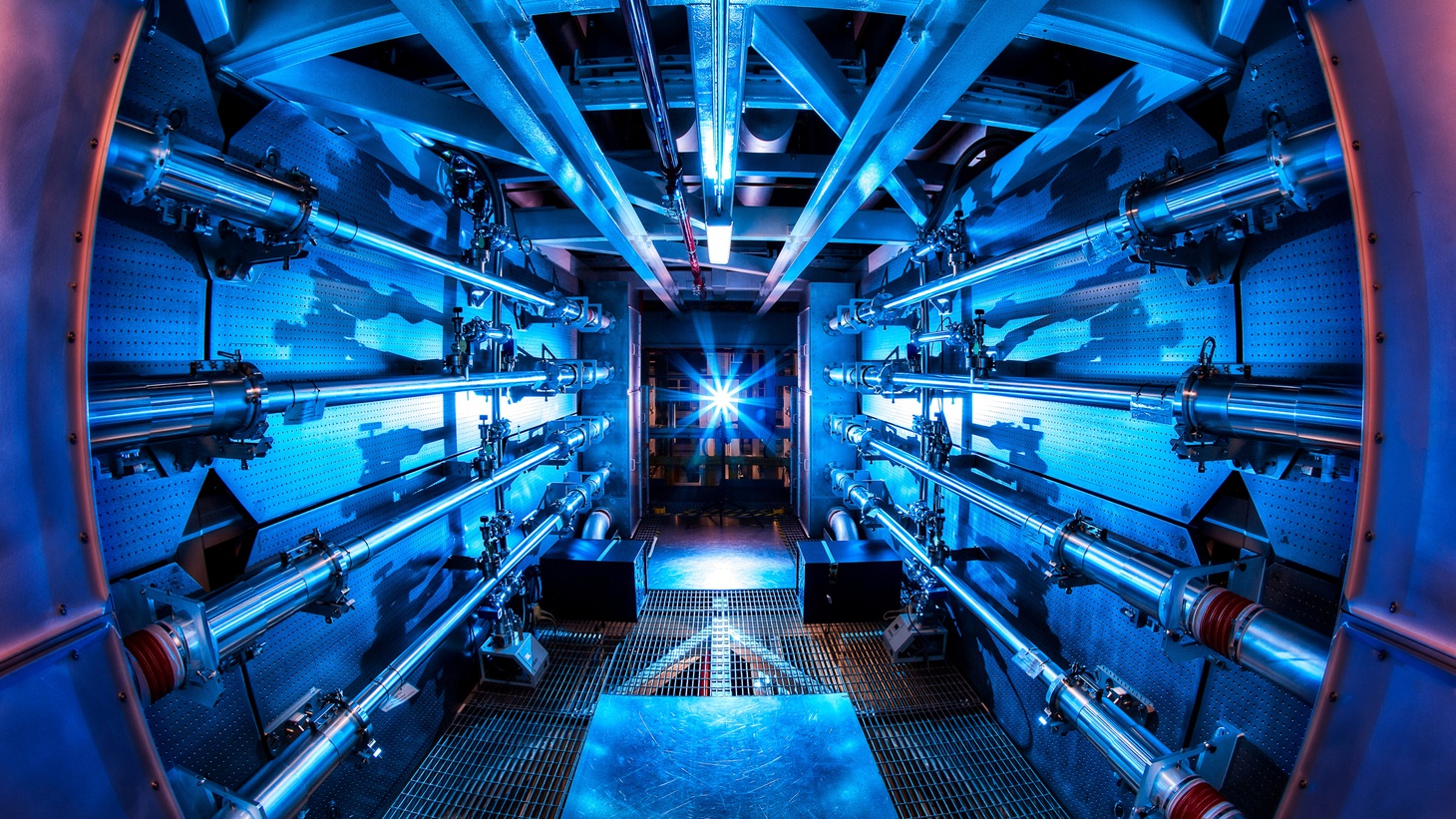 Scientists at the National Ignition Facility in Livermore, California, say they’ve achieved a fusion energy breakthrough. They did so by using lasers to harness the power of the sun. The scientific achievement is decades in the making, following many setbacks and ridicule. Eventually, it could be a way to produce clean energy.

“The most prominent form of that is nuclear fission, which is what powers conventional reactors. But there was always this promise of fusion … maybe if we could harness the power of the sun, we might be able to do even more on larger scales. That has proven elusive … for decades.”

“Scientists have been able to produce fusion on smaller scales, but it required gobs of energy to get it started, and to maintain it, and to keep it running,” he says. “Think about sparking a fire or starting or lighting a match. Basically, once you do that, then the reaction can carry forward theoretically, on its own. That's the key tipping point that we're looking for. And that was the threshold that was just crossed.”

Scientists achieved ignition by smashing tiny atoms together quickly. They pointed 192 laser beams at a target that’s the size of a pencil eraser. “The idea is if you zap it and compress it from all sides, at the exact right time, in the exact precise way, it will compress the fuel down into a smaller space and then ignite the fusion reaction.”

Theoretically, fusion can generate lots of energy without nuclear waste. But that method is still far off. Irfan says scientists barely crossed the threshold of ignition.

“What they're looking at is this metric that they call ‘gain’ — basically, how much more energy you get relative to the energy you put in. And right now they're at a gain of about 1.5. So they're getting a little bit more energy than they put in. But in order to make this viable, in order to use this to heat water … to turn a turbine and generate electricity, you need to look for … 10 or 100 level of gain. And we're still very far off from that.”

He points out that a completely different facility is needed for this task, since the National Ignition Facility can only fire a handful of laser shots weekly, but scientists need to fire 10 laser shots per second. “You need a facility that can actually handle a much higher throughput of energy. And you need a way of injecting and removing fuel very, very, very quickly.”

He adds, “We may be looking on the scale of decades before we see results. But we have to make those investments now in order to have the energy source of the future.”