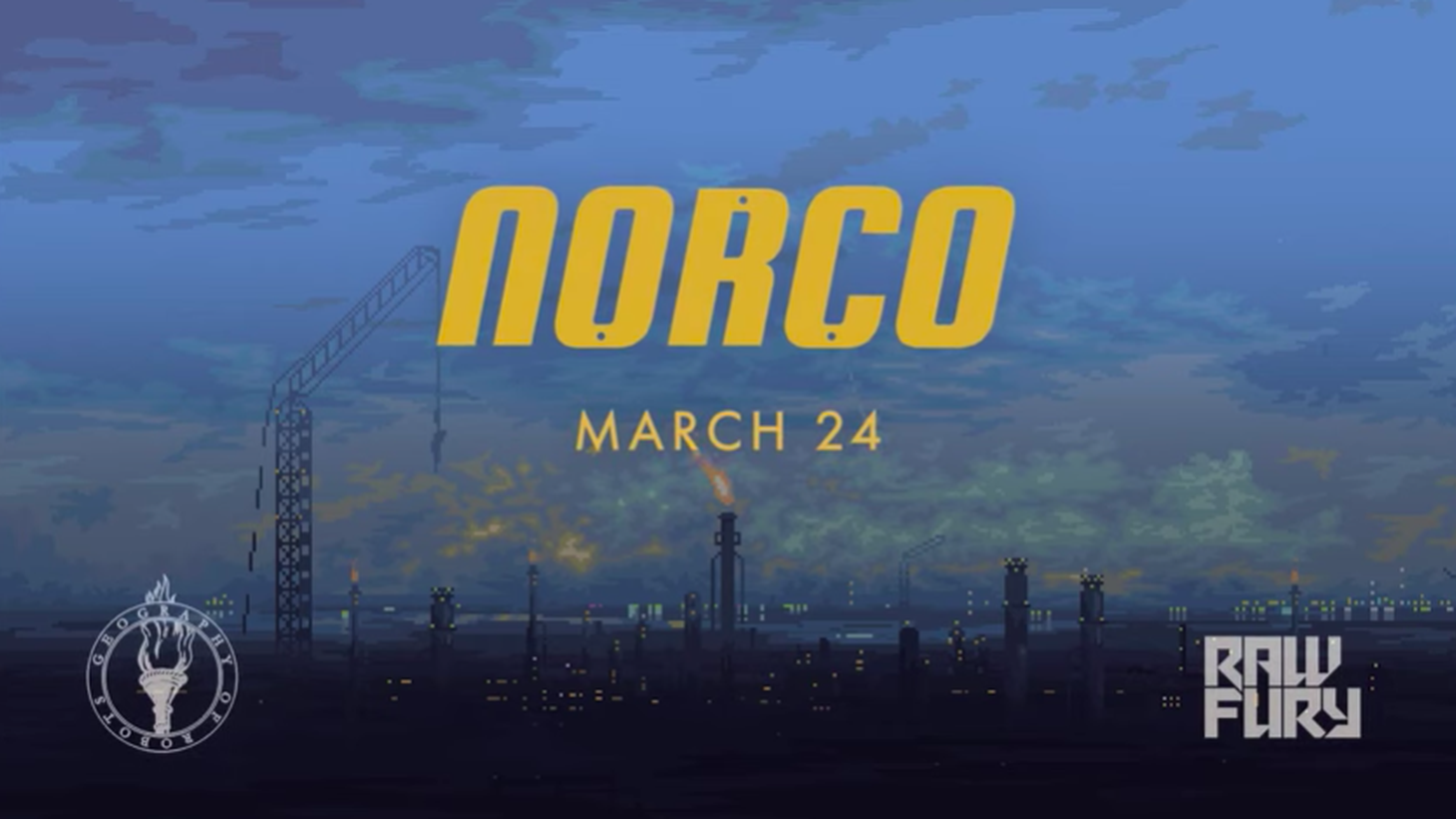 In “Norco,” a young woman in Southern Louisiana tries figuring out why her brother went missing. Credit: YouTube.

New point-and-click video game “Norco” takes users into the industrial swamps of Norco, a town in Southern Louisiana. It follows a young woman named Kay, who is traveling through a dystopian Western landscape when she learns her mother has died. She returns to her hometown — Norco — only to learn her brother has gone missing. Accompanied by an android, Kay explores the refineries, strip malls, and drainage ditches of New Orleans in search of her brother, and uncovers the mystery of her mother’s past along the way.

As players enter the fictionalized version of Norco, the world is overshadowed by Shield Oil, a fictional oil refinery based on the real Shell refinery that looms over the Louisiana town. And in both the game and real life, the refinery has shaped the landscape of Norco and the lives of residents there. That includes the life of the game’s creator, who goes by the pseudonym Yuts — who grew up in Norco, Louisiana.

Palin sues NYT: What it means for future press protections

Sarah Palin is suing the New York Times over an editorial that incorrectly linked her political activity to the shooting that nearly killed Arizona Rep. Gabby Giffords.

Esa-Pekka Salonen returns to the LA Philharmonic as its conductor laureate after a 13-year departure. He wants to integrate virtual reality into the musical experience.

In the video game “Norco,” a young woman explores the oil refineries and drainage ditches of Southern Louisiana, in search of her missing brother.