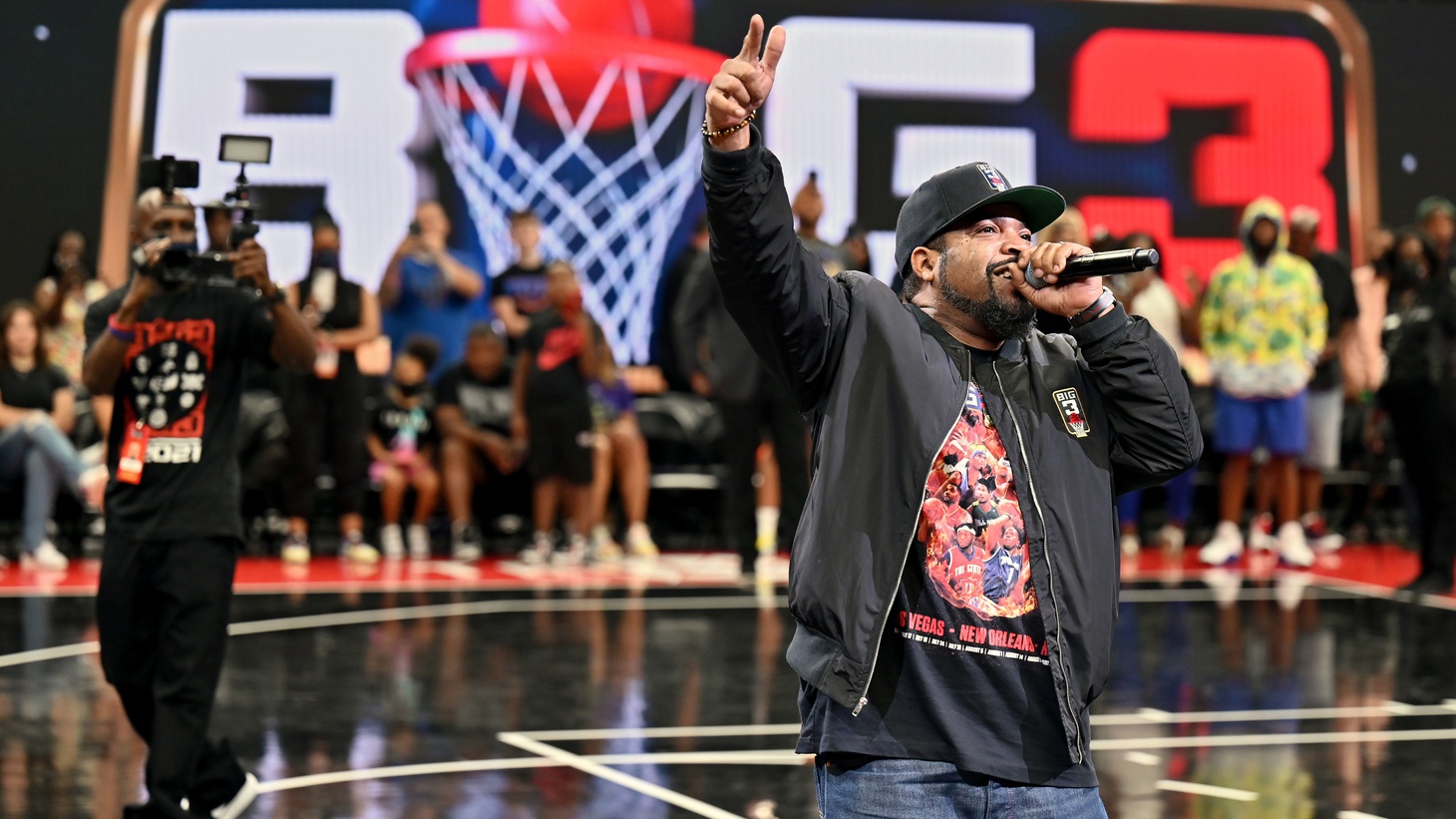 Hip-hop and movie star Ice Cube co-owns a 3-on-3 basketball league called the BIG3. Now he’s taking the game to the Olympics. Photo by Eric William, courtesy of BIG3.

Hip-hop and movie star Ice Cube co-owns the professional basketball league BIG3. Now in its fifth season, the game has been recognized as an official Olympic sport. The game is unlike the NBA, which is full-court and 5-on-5. BIG3 is half-court, 3-on-3. Ice Cube says that more people around the world play 3-on-3 because of space and infrastructure.

“What we've done was taken 3-on-3 and elevated it to the professional level,” he says.

With Jeff Kwantinetz, Ice Cube founded the BIG3 league in 2017. He says after they figured out the rules, they wanted to make sure players had more control in the league than players have in the NBA.

“Our player captains are like [general managers], so they get to pick the players they want to play with,” he says.

Many of the BIG3 players are former NBA players, including Joe Johnson, Rashard Lewis, and Cuttino Mobley. And league coaches include former professional basketball legends Dr. J and Lisa Leslie.

“[Dr. J] he brings a lot of prestige to the league,” he says. BIG3’s championship trophy is named after him.

While the NBA has room for players who specialize in offense or defense, Ice Cube says playing 3-on-3 means that the players have to be able to play any position.

“You can't have any weaknesses, or they'll be exposed. So you’ve got to be an all-around basketball player to be able to succeed in the BIG3,” he says.

Unlike the NBA, there are no BIG3 teams that are not rooted in any particular city. Instead, the teams travel from city to city. Ice Cube says that in the era of fantasy sports, people follow players, not teams. He didn’t want fans to be tied to a city, but rather the players.

“You shouldn't be stuck with a team just because you live in a city, you should look at the BIG3, and find your favorite team, and root for them,” he says.

This model has allowed the BIG3 to connect to many new fans, including NFT communities. Now through blockchain technology, fans can own a piece of a team.

“[Owning a piece of the team] gets you special access, tickets, merchandise, IP use, and it gives you all the benefits of the owner,” he says.

The BIG3 plays two games a week on Saturdays and Sundays. Ice Cube goes to every game. 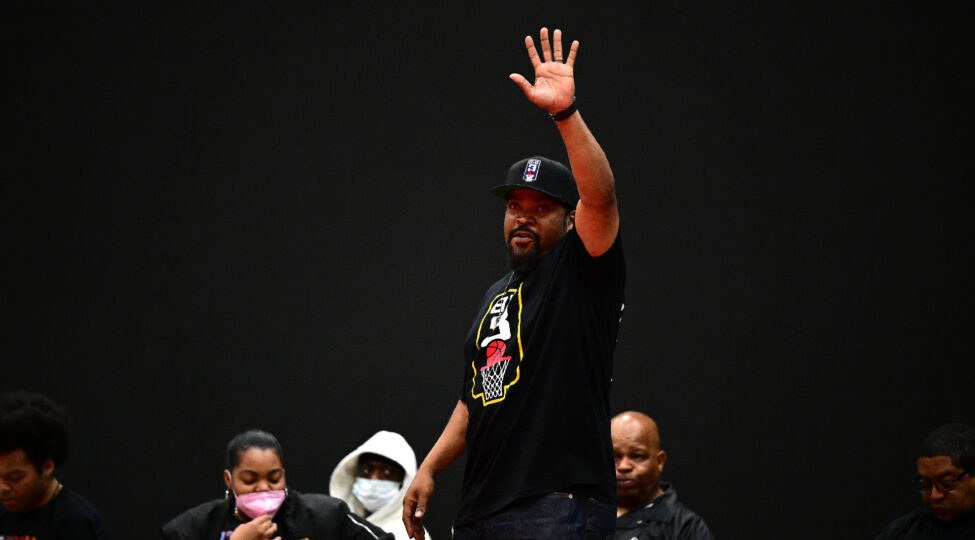 “You shouldn't be stuck with a team just because you live in a city, you should look at the BIG3, and find your favorite team, and root for them,” Ice Cube says. Courtesy of BIG3.

Ice Cube created the “Friday” film franchise in 1995, and the first installment grossed $27 million worldwide. While “Friday” films are now a beloved stoner-movie franchise, the fourth film is on hold because of a dispute with Warner Brothers.

Since 2012, Ice Cube says he’s written two scripts for Warner Brothers for a fourth film and the studio didn’t approve them. And during that time, many prominent cast members passed away, including John Witherspoon, Tommy “Tiny” Lister Jr., and Anthony “A.J.” Johnson.

“That group was basically ruined because of [Warner Brothers] dragging their feet. I was losing some of the prominent characters,” he says.

Ice Cube wants the rights to the franchise back, and he says he’d love to make spinoffs. He’s also accused Warner Brothers of underfunding the franchise in comparison with projects that featured white casts and white creative teams. 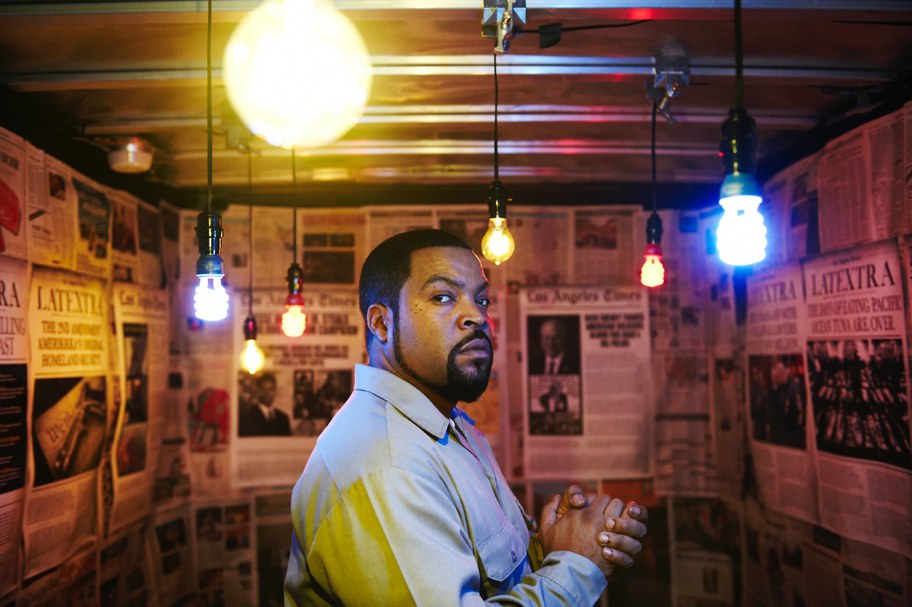 Ice Cube has accused Warner Brothers of underfunding the “Friday” franchise in comparison with projects that featured white casts and white creative teams. Photo by Eric Williams. Courtesy of BIG3.

Warner Brothers told the Wall Street Journal about the “Friday” franchise that they “strongly disagree with any claims of discriminatory treatment, and stand by our ongoing and proven commitment to support diverse voices and storytellers. And we'll continue to do so as we move forward.”

Ice Cube says that when he made the film “Ride Along” with Kevin Hart, Warner Brothers said “a comedy with two black leads won't work overseas.” Universal ended up making the film and it grossed $150 million worldwide. He says after Warner Brothers lowballed him for his film “Straight Outta Compton,” he made it at Universal and the picture grossed over $200 million worldwide.

“Their instincts when it comes to me and my brand … are just very limited. I've been in the business for 30 years. Who needs to be second-guessed by a couple of suits in a Hollywood office that don't know people, streets, culture? It was just a bad fit,” he says.

Ice Cube hopes to expand the “Friday” franchise someday. He says the fans want more, and the only thing holding him back is Warner Brothers.

“I want to make people happy, and people love the characters,” he says.

“Straight Outta Compton” is the 2015 biopic about N.W.A., and Ice Cube is played by his real-life son O’Shea Jackson Jr. Ice Cube was flattered and surprised that his son wanted the role. He says he put his son “through the ringer” with acting coaches to make sure he was ready for the role.

“He was just the best person for the job at the end of the day, which made me extremely proud,” he says.

Ice Cube says he thinks his son was able to pull off a “great performance” because they were able to work together and draw from Ice Cube’s real life experiences. And while Jackson Jr. grew up more comfortable than his father, Ice Cube says that he was able to bond with his son about his life.

“It was great to kind of give him a taste of how it was growing up,” he says.

Ice Cube left N.W.A. in 1989 and had no contact with the group. He says that while making “Straight Outta Compton,” he learned so much more about the group and their struggles.

“I didn't know what they were going through. … It was a discovery for all of us. I think we learned a lot about each other making that movie,” he says.

Though the group split acrimoniously, Ice Cube says that the members had all made peace with each other years before the film was ever made.

“We were supportive of each other and grateful that we all went through it together,” he says.

LA is experiencing another COVID surge. On an airplane of 50 passengers or in a restaurant of 20-30 diners, there’s a 90-99% chance that someone there has COVID, says Dr....

“Democrats in LA are upset about Roe v. Wade. They're upset about the Supreme Court. And Karen Bass and her supporters are really capitalizing on that,” says reporter David...

Hip-hop star and actor Ice Cube co-owns a 3-on-3 basketball league called the BIG3. Now he’s taking the game to the Olympics.

Summer is the perfect time to bake a stone fruit or berry pie, and making a homemade pie crust is nothing to fear.