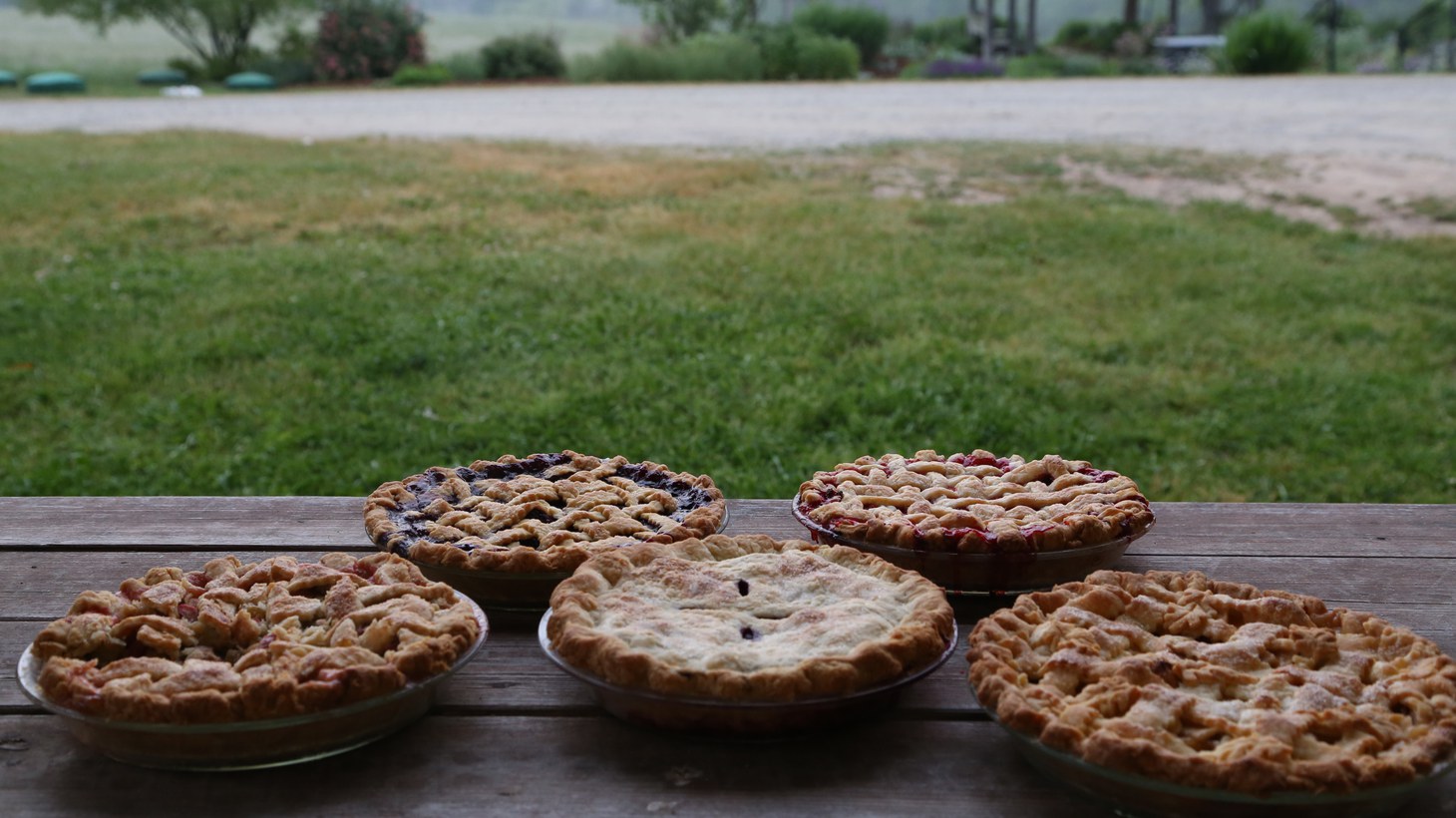 “Pie dough should be rough and not uniform, marbled as well as a good steak, and as cold as you can keep it,” says Clemence Gossett. These pies are from a class at the John C. Campbell Folk School. Photo by Barbara Swell.

Most folks think pie season is in the fall, in honor of Thanksgiving, but it’s during summer when all that stone fruit and berries are available that pies truly shine. To make a pie, you need to learn how to make dough, or you can use a bought pie crust. I don’t have a problem with that. Trader Joe’s frozen pie dough isn’t bad. 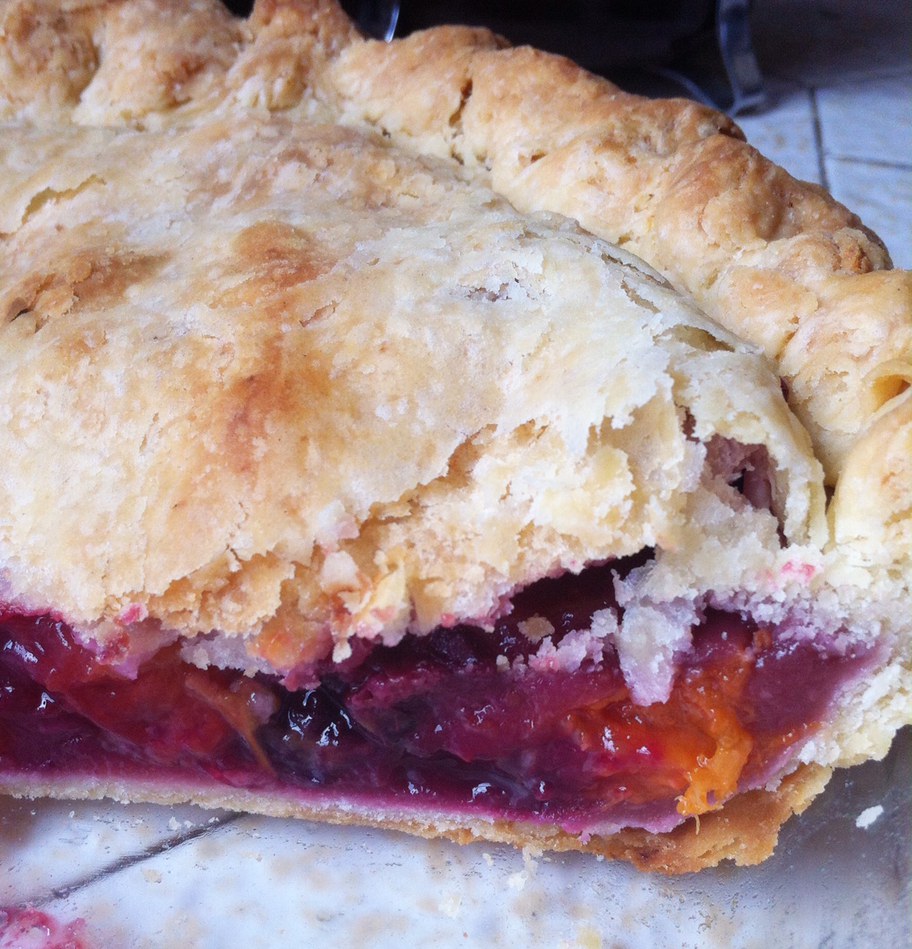 Mastering pie dough is a process that takes a lot of repetition, which just means more pie eating, right? It might seem like it should be easy, but there are a lot of variables in place. As Clemence Gossett of Gourmandise Cooking School says:

“Making pie dough is deceptively easy, but finding the balance between controlled chaos (flakiness) and uniformity without overworking the dough takes either naivety, or letting go of all the garbage you’ve heard and in the pages of cookbooks on the subject and blog posts as long as the Sunday Times. Evan, myself, and the dozens of professional pie bakers in L.A. have one thing to share with you: Let it go. Pie dough should be rough and not uniform, marbled as well as a good steak, and as cold as you can keep it.”

I learned one very important lesson when I was making a pie a day back in 2009 – a lesson which is now my pie motto. “Every pie has someone who loves it.” It has to be really, really bad to be inedible. And the next one will be better. I still get nervous when I’m about to make dough, even after the hundreds of pies I’ve made.

My 3-2-1 ratio pie dough recipe is here. I add a tablespoon of distilled or apple cider vinegar to the water as well, which isn’t in this recipe. I do it for flavor.

Check out my two-hour class “Perfecting the Pie Crust” here.

LA is experiencing another COVID surge. On an airplane of 50 passengers or in a restaurant of 20-30 diners, there’s a 90-99% chance that someone there has COVID, says Dr....

“Democrats in LA are upset about Roe v. Wade. They're upset about the Supreme Court. And Karen Bass and her supporters are really capitalizing on that,” says reporter David...

Hip-hop star and actor Ice Cube co-owns a 3-on-3 basketball league called the BIG3. Now he’s taking the game to the Olympics.

Summer is the perfect time to bake a stone fruit or berry pie, and making a homemade pie crust is nothing to fear.