Anthony Bourdain — rugged, unrefined and vulgar — was beloved worldwide. Watching his shows felt like touring the globe with a friend who was desperate to share a perfect meal with you. One night, you’re heading to Tehran for a home-cooked Persian feast. Next, you’re sitting on a plastic chair in a small noodle shop in Hanoi, Vietnam, sharing a cold beer and bowl of grilled pork with then-President Barack Obama.

Bourdain seemed to relish these adventures and was apparently madly in love with his new girlfriend, actress Asia Argento, so it was a huge shock to fans and friends when he killed himself in 2018.

A new film explores Bourdain’s career — from line cook, to author, to TV celebrity — plus the weeks leading up to his death. It’s called “Roadrunner: A Film About Anthony Bourdain.”

Its director, Academy Award winner Morgan Neville, tells KCRW that Bourdain’s TV producers discovered he was shy and had a tough time looking people in the eye when speaking with them.

Neville says Bourdain’s hunger for knowledge allowed him to excel onscreen. “He read voraciously and retained everything he read. So he had this incredible storage of knowledge. And then once he had the chance to travel, it was like he'd been training for that job for decades. And suddenly he realized, ‘Oh, everything I know and everything I can do, I can channel it.’”

He adds, “[Bourdain] understood that he was leaving behind the things that … kept him moored to a more sane life. And suddenly … traveling 250 days a year with something that was exciting on the one hand, but also totally frightening.”

After divorcing his first wife, Bourdain remarried and had a daughter, Ariane. Neville says her birth added stability to his life.

“People who knew Tony as a chef could never, ever have imagined that this guy would have a child,” he says. “[He] really makes a real run at trying to be a domestic, as Tony would say, ‘50s TV dad’ in the backyard at the barbecue, cooking hot dogs and trying to entertain the neighbors.”

But he notes that Bourdain’s role as a father didn’t sway his hunger to travel.

“There was always this ‘siren’s call of the road.’ … His extreme restlessness of wanderlust, I think, was both one of his strengths and also one of his weaknesses.”

According to Neville, Bourdain was initially shocked that anyone would pay him to travel, but as he became more prominent, he grew hyper aware of potentially exploiting the communities he visited.

“Once he got to CNN and … his fame and the scope and depth of the show grew and grew, he could suddenly see the transformational power of what his show would do to places, not only to restaurants, but to cultures,” Neville explains. “I think he beat himself up about a lot. … In his perfect version of his show, he wouldn't even be in it. It would just be the camera drifting through space.”

Neville argues, however, that Bourdain’s shows helped thoughtfully frame the communities and cultures he visited.

“For a lot of people ... the fact that he was willing to take a camera to Butan or Lagos, places that nobody really paid much attention to, and do an hour of thoughtful television, was incredibly meaningful.” 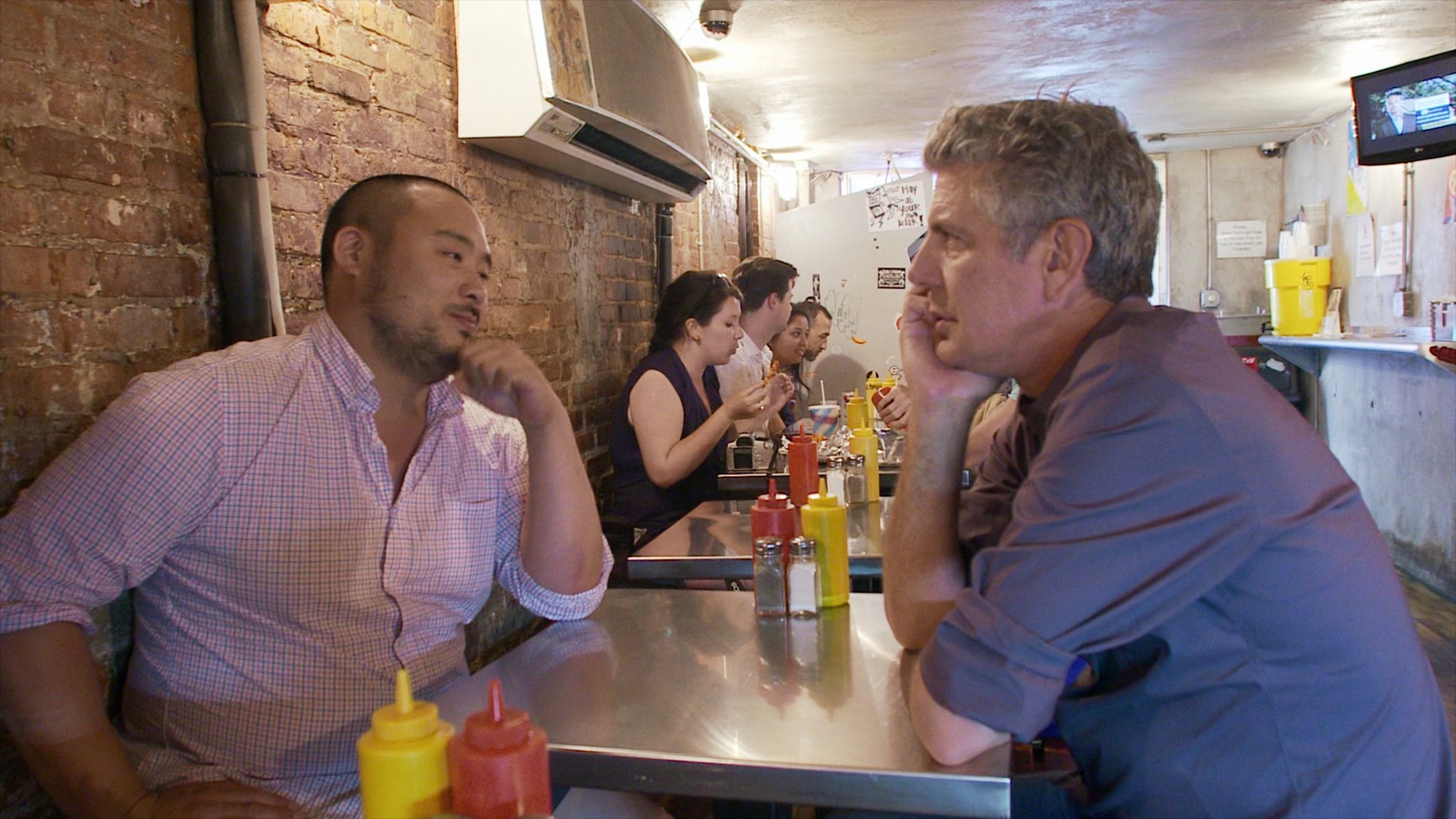 Neville believes Bourdain’s suicide wasn’t necessarily surprising because he often talked about it. “He was somebody who always paid attention to suicide. He could tell you every famous person that committed suicide and how he joked about it endlessly.”

Neville says that by the last year and a half of Bourdain’s life, he somewhat reverted back to his rugged self.

“He started smoking again. He started drinking heavily. His leather jacket was back. And there was kind of a manic quality to those months,” he says.

He notes Bourdain was madly in love with Argento and the relationship brought him great joy, but he was craving more.

“It was also a fiery relationship, and in a way, [he was] looking for somebody who was reflective of how he saw himself, which was something with big highs and big lows. … He was kind of chasing experiences that were more and more extreme.” 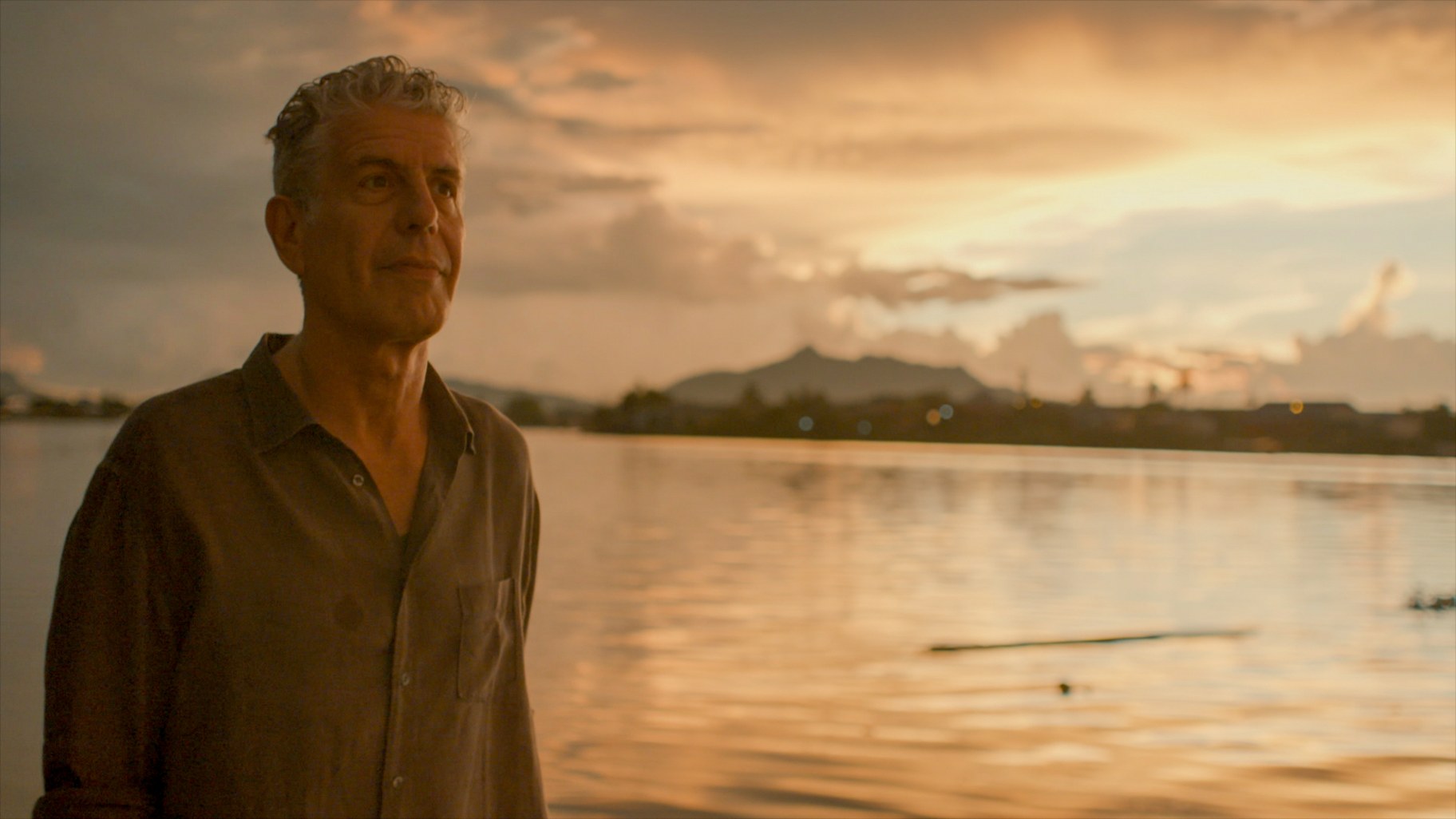 “[He was] looking for somebody who was reflective of how he saw himself, which was something with big highs and big lows. … He was kind of chasing experiences that were more and more extreme,” says Morgan Neville. Courtesy of CNN / Focus Features.

Neville says Bourdain also struggled with living up to the idea of fatherhood, and dark episodes weren’t new for him either.

“I think certain people, when they're spiraling, [they] feel like people would maybe be better off without them, which is absurd. But I think Tony was somebody who would have these dark episodes. … Suicide is something which involves so many different emotions, and it does start to feel like a kind of a tide pool that you can't get out of.”

Neville feels Bourdain’s death was an accident and perhaps the result of an especially dark episode.

“If he had made it through the next day, he would have said, ‘No, I'm fine.’ … Even the day he died, he was making lunch reservations for the next week with friends. And he was giving notes on edits, and he was somebody who was looking forward to what was next. So I really do feel like it was just part of the dark prison of suicide that is so hard for us to make sense of.”

Neville says the film isn’t a eulogy for Bourdain, but it documents him as a curious traveler and his impact on the world.

“Tony was an advocate for curiosity and for understanding how culture connects us, and trying to dimensionalize people on the far side of the planet,” he says. “It's very easy for people to speak about somebody with the weight of their death in their voice. And it was really important to me that we feel the hope and the excitement that he felt when he began this journey.”

On Tuesday, for the fifth day in a row, LA County reported more than 1,000 new COVID-19 cases. The county hasn’t seen these numbers since early March, when the fall/winter...

17 million gallons of raw sewage was discharged into the ocean. Why’d it take so long to alert the public?

Dockweiler and El Segundo beaches are still closed after 17 million gallons of raw sewage from the Hyperion Water Reclamation Plant ended up in the ocean on Sunday.

Why used cars are bumping up inflation — and your shopping bill

Goods are expensive right now because inflation, or the consumer price index, spiked by 5% in June compared to 2020. It’s the largest 12-month increase in more than a...

Anthony Bourdain — rugged, unrefined and vulgar — was beloved worldwide. Watching his shows felt like touring the globe with a friend who was desperate to share a perfect...

Do some sharks have besties? New research shows they’re not solitary predators like we think

Sharks are usually considered lone apex predators, cruising the ocean in search of food and not much else. But new research suggests some sharks are a lot more social than...