Michelle McNamara spent years obsessively searching for the Golden State Killer. Her story is the focus of HBO’s “I’ll Be Gone in the Dark.” Photo by Robyn Von Swank / HBO.

The Golden State Killer, now identified as 74-year-old Joseph DeAngelo, recently pleaded guilty to several crimes, including 13 counts of first degree murder. He did it to avoid the death penalty. His plea closed a decades-long manhunt to find one of California’s most notorious serial killers and rapists.

Author Michelle McNamara spent years obsessively searching for the Golden State Killer. She even helped coin the nickname. But she died in 2016, two years before DeAngelo was caught. She was 46.

McNamara’s story is the focus of a new HBO docu-series called “I’ll Be Gone In The Dark.”

KCRW speaks with Liz Garbus, director and executive producer of the series.

KCRW: Your series is based on Michelle McNamara’s book, which she had not finished when she died. It wasn't a true crime book in the  traditional sense, but a memoir as well. Can you talk  about what she was writing and how she was writing it?

Liz Garbus: “Michelle had a blog called ‘True Crime Diary.’ ... She wrote about cold cases. She was actually not just writing about them, but also doing research and trying to connect dots, and in fact, was in contact with authorities, sharing leads on unsolved cases.

She came across this case, which was known as the East Area Rapist, Original Night Stalker (EARONS), a series of crimes up and down California in the 70s and 80s. And [she] was just sort of aghast that it wasn't better known.

She wrote an article for Los Angeles Magazine that got a ton of attention. ... She got a book deal. … The editors, everyone really wanted her to write about herself, to put herself in it because she was such a compelling figure at the center of the story.

She wrote about her struggles with balancing parenting and work. She wrote about some of her own history. There were notes found on her laptop, of chapters she wanted to complete, but hadn't finished completing. One of them referenced a time in Northern Ireland, where we found [detailed] notes about a sexual assault that she endured. It was a personal story. And it was also a story of these survivors and crimes that became known, as the perpetrator became known, as the Golden State Killer.”

How did you turn that into this HBO series? Viewers see and hear McNamara. Her voice narrates.

“What Patton Oswalt — her husband, her widower — did was he turned over her unfinished manuscripts to two of her fellow citizen sleuths, Paul Haynes and Billy Jensen, who went through her laptop, went through all her files, and were able to complete the book in the spirit that they think she intended.

We went through a very similar process. Patton gave us all of her videotapes that she took at crime scenes, mini-cassettes of interviews she did with law enforcement and survivors, podcasts that she had recorded on the crimes and on her investigation.

So we had a treasure trove of Michelle’s own voice investigating. That became our North Star. It's certainly not all archival, but the point of view and the storytelling uses Michelle as the lens into this world.” 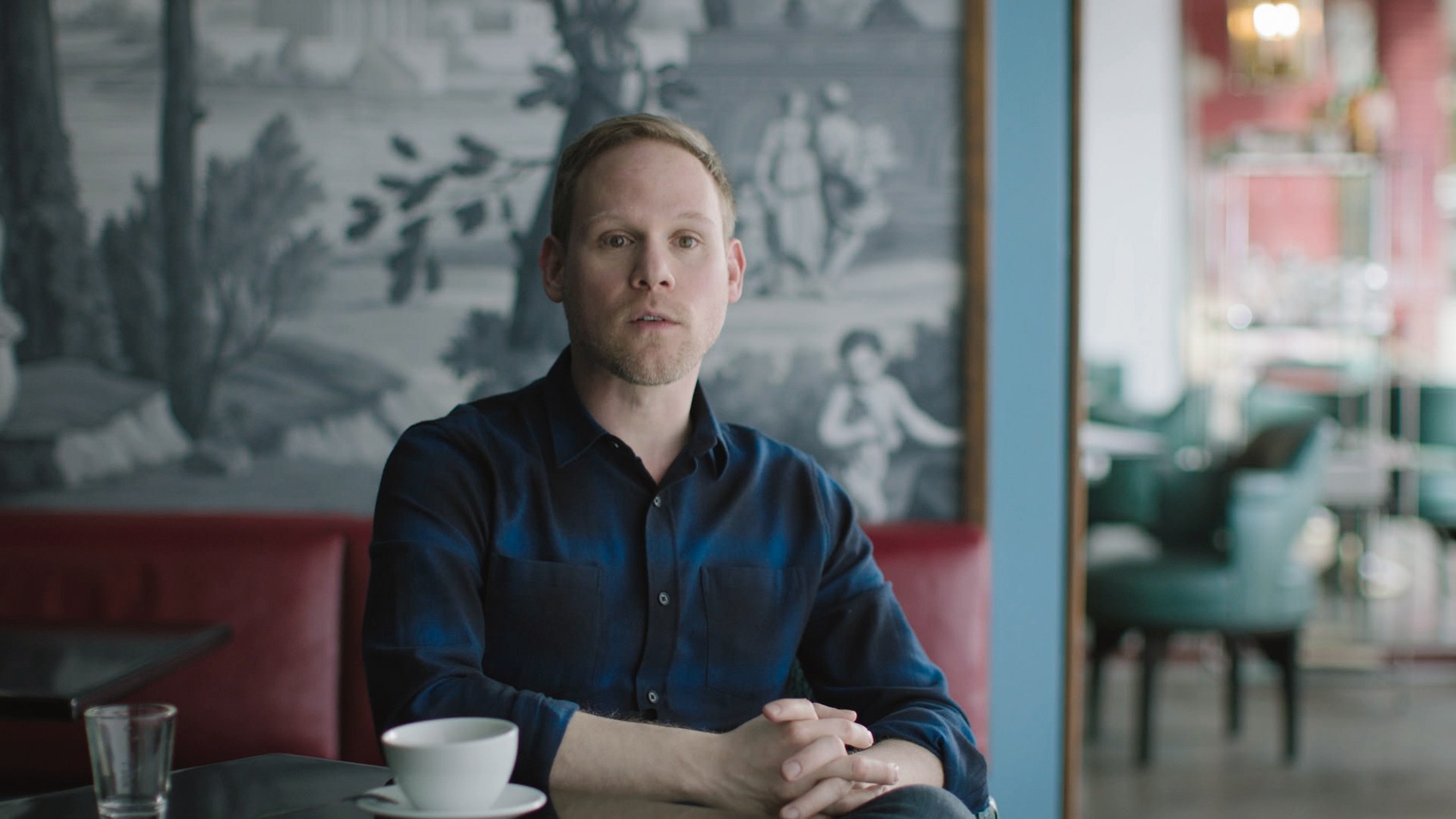 Paul Haynes, citizen detective, in HBO’s “I’ll Be Gone in the Dark.” Photo courtesy of HBO.

She became increasingly obsessed with the investigation. She said she thought about the Golden State Killer nearly every moment of the day. Meanwhile, she had a child and a happy marriage to Patton Oswald. She was trying to live a domestic life in Los Angeles while being immersed in the horrific story of the Golden State Killer. How did she become so enmeshed in this and why?

“Michelle had this incredible talent of getting law enforcement to collaborate with her, which is really unusual because that sort of stereotype is that law enforcement doesn't share information with civilians.

But I think once they got to know Michelle and realized she was the real deal, and her insights were very valuable, and the internet skills that she had, and Paul Haynes (her ‘fellow citizen sleuth,’ as she calls him in the book) … they realized, ‘Look, this would be a constructive collaboration.’ So she ends up inheriting a tremendous amount of police files.

When she got that, there was a feeling of, ‘I have to look at every single sentence on every single page, maybe they've missed something. And maybe I can not just write this book about the case, but maybe I can solve the case.’ That became an all-consuming place to be in. … She was a mom, and she was a wife, and she's a friend. And she's doing this in the middle of the night, while her daughter's asleep, while her husband is sleeping. I think that the impulse to leave no stone unturned was huge.”

Did she contribute to solving the case?

“There was some back and forth about that. … She catapulted this case back into the spotlight. It's terrible to say, but giving him a name that caught on (the Golden State Killer) mattered. This article was big. It caused a storm on social media. She went on talk shows and talked about it. So she revived the case.

Even if it's just that, I think we have to hand it to her. A lot of the predictions that she made about the case were correct. Paul Holes, one of the lead investigators who's credited with cracking this case, refers to her as his partner. So she was very much one of the team.”

She suggested to Holes early on that he should maybe look at 23andMe as a possibility, that maybe there was DNA in that database from a relative of D’Angelo's. That eventually cracked the case, right?

“Yeah, she was completely confident that DNA and that familial DNA would ultimately bring this perpetrator to justice. It's just that the technology hadn't caught up to where it was in 2018, when he was captured, before Michelle's death.”

Patton Oswalt and Michelle McNamara seemed to be deeply in love. Oswalt is an actor, comedian, and writer. She was from Illinois. How did she fit into his Hollywood life?

“She did and she didn't as Patton's career took off. She had to go to more and more red carpet events, which might feel enviable by some, or not. I think she would always prefer to be in bed with her laptop, writing and researching. That was really her happy place.” 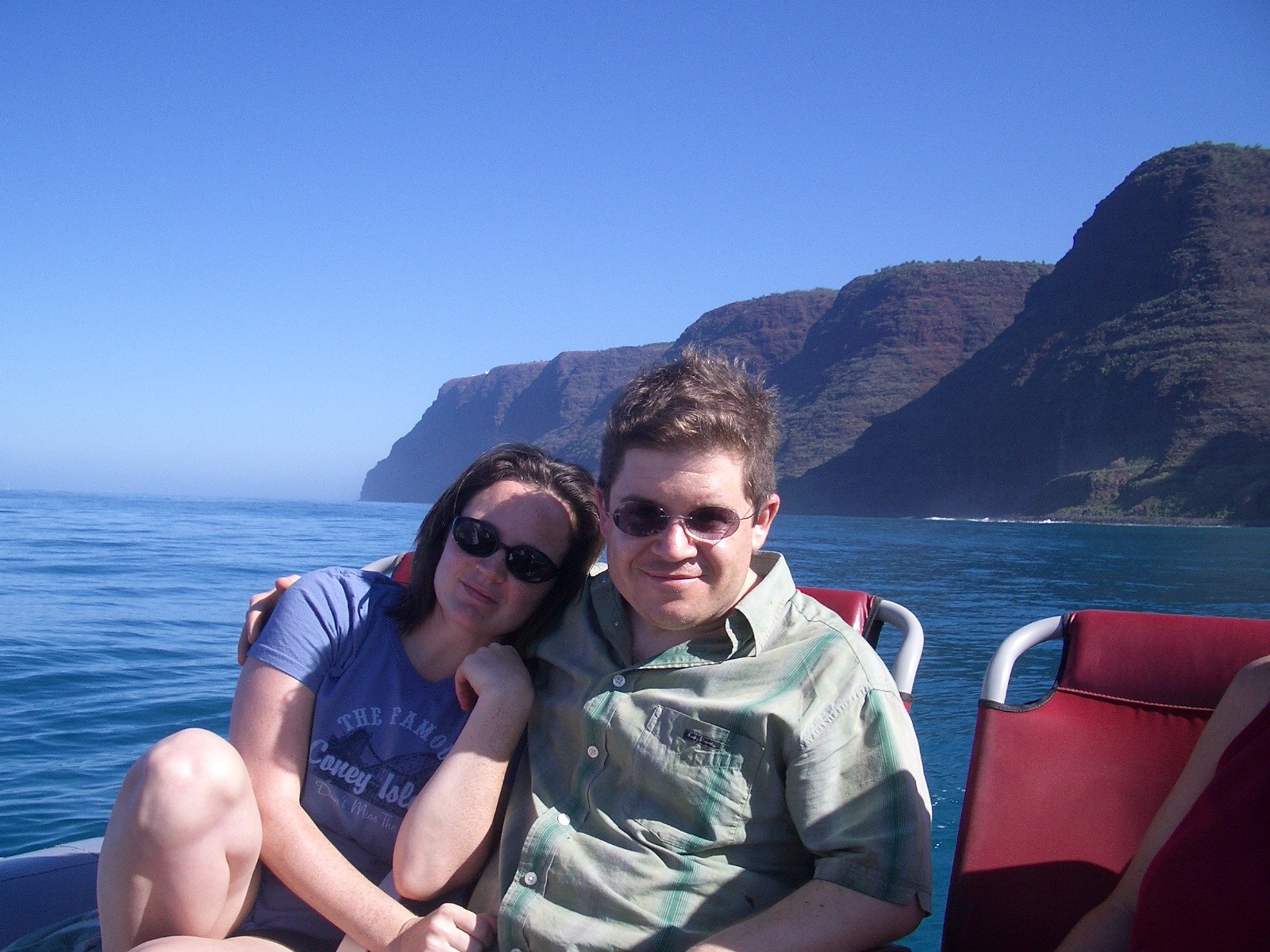 She died of complications from pharmaceutical drugs?

“She had Xanax and Ambien in her system, and also Fentanyl, which is the drug that also killed Prince and so many other Americans. And also they discovered an undiagnosed heart condition in her autopsy. But yeah, she was self medicating.

We discussed this with Patton … obviously a huge regret for him that he did not understand exactly what was going on. He says Michelle was just so competent, so together, that he assumed she had that together. It's a very familiar story. I think a lot of people are unaware of darkness or secrets within their loved ones, no matter how strong and loving those relationships can be.”

The Golden State killer initially was raping women. Then he was invading homes where the husband or partner was present, and would tie up the man while he raped the woman. Then he murdered them both. You have a very affecting interview with a surviving couple, and how guilt ridden the man still feels for not being able to protect his wife.

“I'm still so affected by his face. From so many of the survivors, the rape survivors who were attacked alongside their husbands, the marriages fell apart.

And you can kind of imagine — what are those conversations in the 70s and 80s? There's no MeToo, there's no vocabulary for this. And looking at … Bob's face as Gay is talking, you can feel the helplessness he felt, the shame of not being able to protect his wife in a terrible situation. But of course, he's bound and gagged and helpless.”

Did Patton Oswalt feel the same helplessness and inability to protect his wife?

“Only he could answer that. But one thing I'll say is I think that grieving … is a long journey. And what would it have been like to ask Bob (the husband that you're referring to in that interview of the survivors) these questions 30 years ago? Where would he have been? What would he have been able to articulate in the moment?

For Patton, he lost his wife so recently. And then where do you get decades later? So I don't know what Patton would say if you asked him that question. But of course, he's devastated by the loss of his wife.” 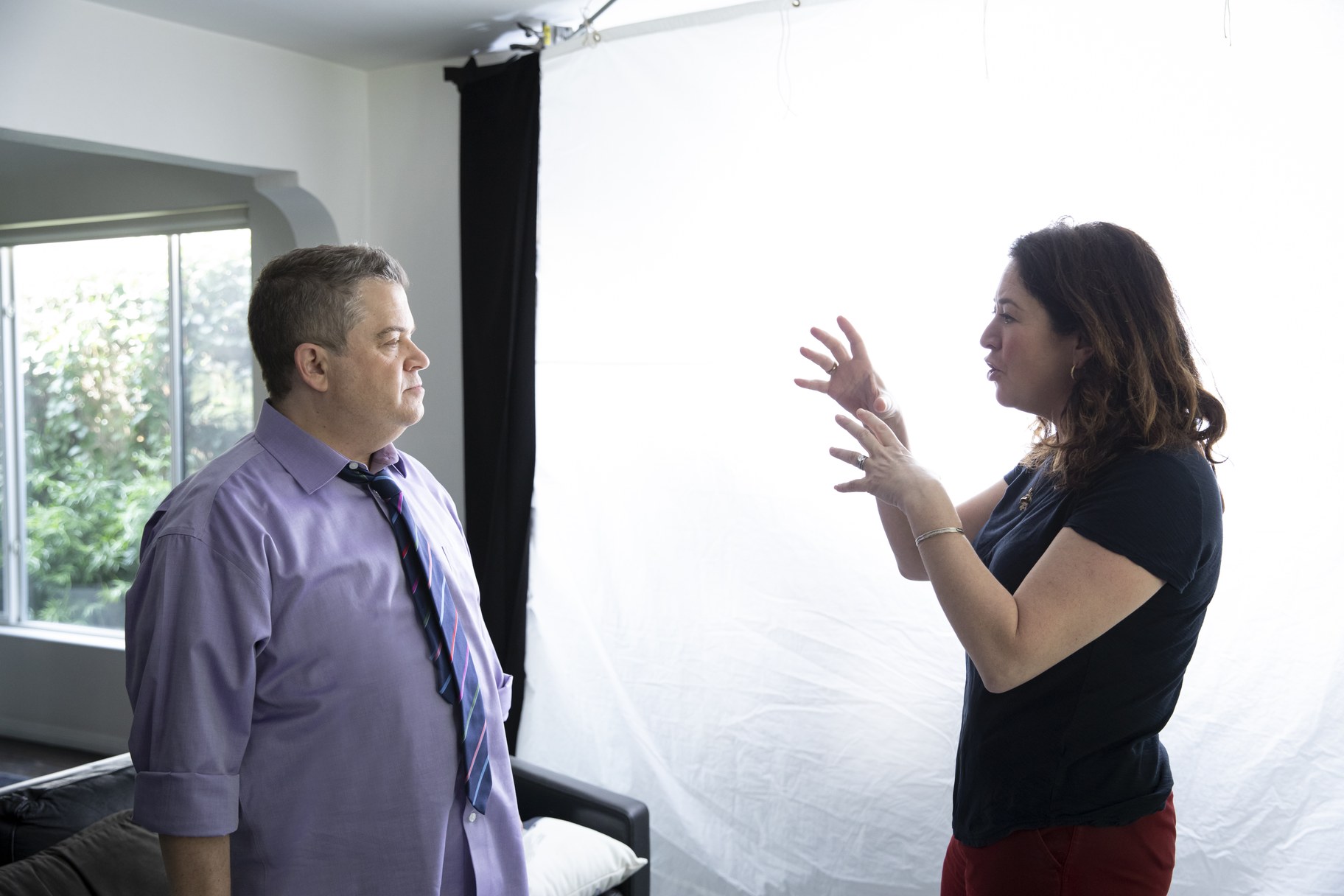 In the last passage that McNamara wrote, she said directly to D’Angelo, “Yes, you will be caught. Yes, the light will shine on you. Yes, you'll have to come out of your house.”

“I still get goosebumps from that one. She calls it ‘The Letter to the Old Man.’ I mean for me, just a casual reader of this case, you would think, oh, he stopped in 1986. He can't still be alive. Why would he have just stopped?

But Michelle and a lot of her colleagues were convinced he was still alive. And she wrote that letter to him. And yeah, she nailed it. She said, ‘One day you're going to have to step into the light.’”

Many small businesses have sought loans from the government’s Paycheck Protection Program (PPP). More than $500 billion in loans have been granted to qualifying businesses.

The Pentagon and the Department of Health and Human Services are leading a $10 billion program to develop a COVID-19 vaccine. It’s dubbed “Operation Warp Speed.” The name...

How Biden and Trump campaigns are approaching COVID-19

Coronavirus has become the defining issue of the 2020 election. Joe Biden was in Delaware last week, where he outlined his COVID-19 strategy and accused the Trump...

ICE announced that for international students enrolled at colleges that don’t offer in-person instruction this fall, they can maintain their student visas only by...